Sunshine and Suspense Bring France Out to Vote | Europe | News and current affairs from around the continent | DW | 22.04.2007

Sunshine and Suspense Bring France Out to Vote

Bright sunshine and high suspense saw voters across France pouring into polling booths Sunday to take part in a nail-biting presidential election that kept the country guessing to the last. 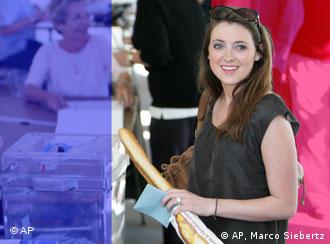 It's just not right to vote without a baguette

By midday, nearly one-third of registered voters had cast their ballots -- 10 percentage points higher than the same time in 2002 and an indication of the passions surrounding the poll, which will pass the mantle of French political power to a new generation.

At the Saint-Charles primary school in Marseille, long queues formed from early morning for the curtained-off ballot booths in a room festooned with children's drawings.

Some voters in the southern port city had to cool their heels for more than an hour after the locks on the doors of several polling stations were found to have been blocked with glue. 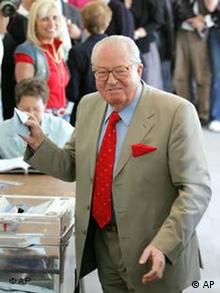 Le Pen cast his ballot in Saint-Cloud, outside Paris

Many younger voters in their 20s said they were partially motivated by the need to prevent a repetition of the 2002 election, when a low turnout helped far-right leader Jean-Marie Le Pen eliminate the socialist candidate in the first round and secure a stunning run-off spot against President Jacques Chirac.

"I didn't vote in 2002 out of indifference, but then there was that terrible shock," said Kaoutcher Ben Amor, a 30-year-old medical assistant. "I decided to register and come out today so as to avoid a similar situation where we would be left with virtually no choice in the second round."

Other voters also acknowledged being galvanized by the result in 2002, like nurse Brigitte Cuvelliez, 49, who cast her ballot in the central city of Lyon for the first time since 1988.

Cuvelliez was one of the estimated one-third of French voters who, despite months of frenzied campaigning, only decided who to back at the last moment. 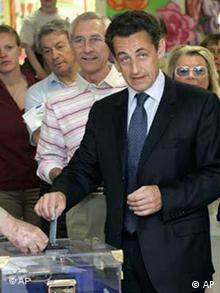 Having reached her decision, however, she remained skeptical what her vote might achieve.

"Once elected, politicians do just what they want," she said.

In the northern city of Lille, in the red-brick Pasteur primary school, Nicolas Fouilleron, a 28-year-old medical intern, swung between a similar mood of "hope for change" and fatalism.

"As with every election, when it's over, nothing happens," he said.

In the regions around Paris, voters waited patiently for their chance to participate in what many believed to be the most important presidential election for decades.

"I'm looking for major social reform, especially given the gap between rich and poor which is worsening all the time," said musician Xavier Cocollos, 40, in Suresnes, a suburb west of the French capital. 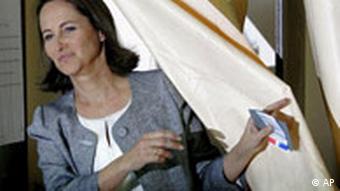 "I'm hoping that we can build a new model, a new society on the back of serious reforms," Labarre said. "The system we have now is going nowhere."

For the first time in a presidential election, some of the 44.5 million registered French voters cast their ballots on electronic voting machines -- an innovation that appeared to meet with general approval.

"I was a bit apprehensive at first," said Yvette Lalanne, 70, in the southwestern city of Toulouse. "But, in fact it's pretty simple and quick and, I hope, reliable."

Millions of undecided voters have added the major element of uncertainty into Sunday's first round of the French presidential election. (22.04.2007)

DW-WORLD.DE reviews the candidates and issues that drove the French presidential campaign ahead of Sunday's vote. (20.04.2007)

As France prepares to go to the polls, even moderate candidates are trying to score points with right-wing slogans, while the real right-wingers are attempting to woo immigrants from the suburbs. (19.04.2007)