Slowly but surely, tourists are returning to the island — to the relief of most inhabitants. But not all holidaymakers are welcome. Mallorca is trying to shift the focus from quantity to quality. Paradise regained: The beaches on Mallorca are still quiet

Juan Jesus Bouzas is torn. "The situation is full of contradictions," he says. "On the one hand, I need tourism. On the other hand, now all the problems will start coming back, too." Bouzas grew up in Playa de Palma, Mallorca's most important tourist drag. He's got a shoe store there, just a couple of blocks away from the notorious "Ballermann," as its predominantly German visitors affectionately call it (the nickname is a multi-layered and polyglot pun amalgamating the official name for facilities at that stretch of beach, Balneario 6, and a German slang word for shotgun, along with the connotation of heavy drinking). He has gone through 18 months practically without making a sale. After the restrictions of the coronavirus crisis, he's relieved to see anyone taking an interest in his wares. But the hordes of partying holidaymakers keep him awake at night, too. 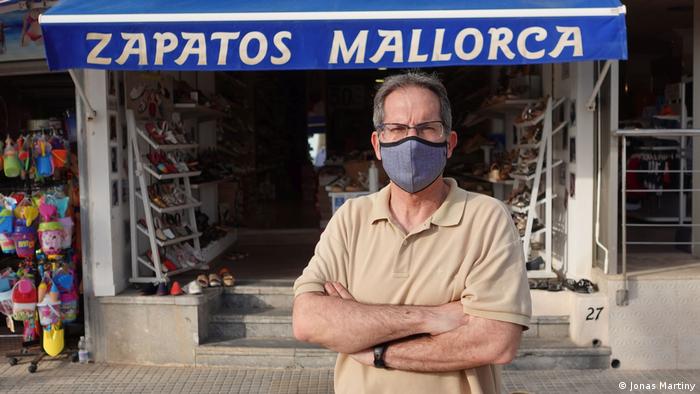 Time for a makeover

After a complete shutdown of tourism lasting months, the past few weekends saw familiar scenes of thousands of German tourists dancing and drinking at open-air parties  — with little or no regard for the rules stipulating wearing of face masks and maintaining social distancing. The police had their hands full getting the situation in Playa de Palma under control. Now local media reports say the regional government of the Balearic Islands is considering closing down all drinking establishments in the two streets most beloved by German party tourists, who, unable or unwilling to pronounce their real names, refer to them simply as Beer Street and Ham Street. 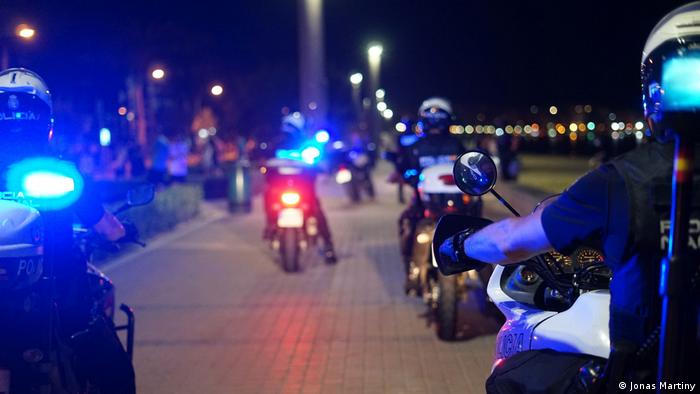 Such rowdy scenes were supposed to be a thing of the past on Germany's favorite Mediterranean island. For years, politicians and the hospitality industry in general have been trying to shake off this kind of tourism, especially the image it generates. The rules were tweaked and tightened as Mallorca tried to give itself a makeover. "Mallorca is a safe, sustainable and an innovative premium destination," asserted the president of the island council, Catalina Cladera, as she toured Germany in a bid to attract premium guests rather than the usual masses.

You needn't stray far from Bouzas' shoe store to gauge the impact of mass tourism. Next door is Hotel Garonda. More than half a century ago, it was the only luxury hotel in Playa de Palma. That was before the area became synonymous with cheap hostels and drinking from buckets. Now, there are 64 four- or five-star hotels in the vicinity.

Tourism biz hoping for a comeback

Tourism biz hoping for a comeback

In the early 1980s, one- to three-star hotels still accounted for 90% of visitors' accommodation. Today, less than 40% of all hotels belong to this category. According to Juan Miguel Ferrer of the local grouping "Palma Beach," businesses in Playa de Palma have invested €1.3 billion ($1.5 billion) on refurbishing and upgrading in the last six years. "If you change the supply, you can change demand," he argues. "We have everything we need here to recreate paradise." Ferrer insists that the behavior of a small minority of holidaymakers still results in the stigmatization of an entire district.

'The number of tourists cannot go up any further'

Pedro Homar agrees. He heads up the Palma city's tourism promotion agency. He has calculated that the "Ballermann" party zone covers only about 2% of Playa de Palma. "The area has changed drastically," he says. "Unbelievable amounts of money have been invested here." In the last two years alone, he says, the city has spent €6 million on making the place more attractive. Most recently, the city planted 400 new palm trees. The aim is to attract more families and premium vacationers. "The number of tourists to Mallorca cannot go up any further," says Homar. In 2019, the last "normal" year before the pandemic, there were 12 million of them. The island was at bursting point. The only apparent answer is to attract fewer tourists, but with deeper pockets. 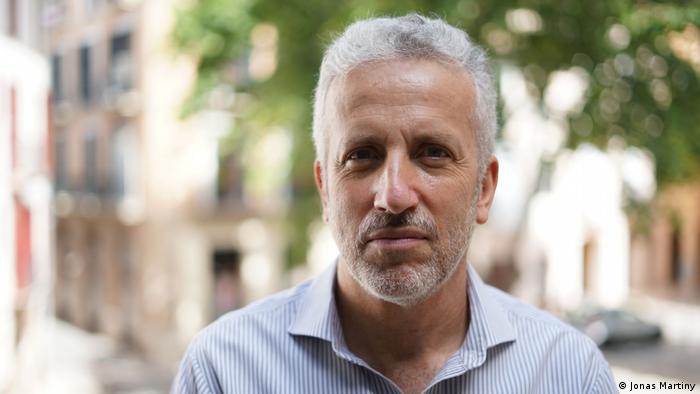 A trip to other end of town illustrates how tricky it can be to promote tourism and make it sustainable at the same time. In mid-June, having been moored by the coronavirus for 15 months, a cruise ship sailed into the harbor and docked there.

Lago Negueruela, tourism minister in the regional government, personally went aboard to pay a courtesy visit. "Things are looking up for many businesses," he promised. Politics aside, there is no doubting that the island’s economy suffered from the absence of tourists.

But the criticism came fast and furious. The leftist Mes party demanded that the government finally set limits on the amount of cruise ships allowed into Palma's harbor at any one time. About 100 people gathered in front of Palma's iconic cathedral to demonstrate against cruise ship tourism. Other bones of contention for residents are the poor quality of air and the number of tourists choking the old town of Palma. 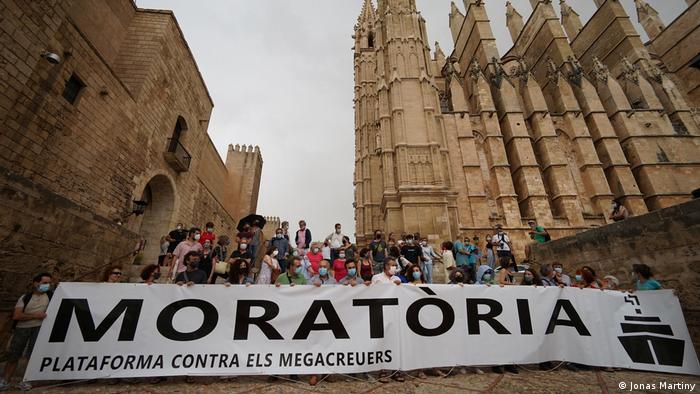 Tour guide Alex Fraile disagrees. A spokeswoman for a pro-cruise ship alliance, she is just glad to be back at work. "It's truly premium tourism," she says. "And we're supposed to fight it? No way!" Fraile says no other tourist segment is as culturally interested as cruise ship passengers and that anyone trying to get rid of them should first explain their reasons to the many people who have been sitting at home for months with nothing to do: taxi drivers, waiters, ice cream vendors and the likes.

And retailers such as Juan Jesus Bouzas in Playa de Palma. Despite the racket kicked up by partying tourists in recent days, he is glad that business is picking up again in his store. His hopes of a good night's sleep are high too. Closing time has been changed and night clubs will soon be allowed to reopen. Then the party at Playa de Palma will go back indoors and he can open his bedroom window again.

Mallorca without tourists: The impact of the coronavirus pandemic

Without tourists, the favorite island of the Germans is facing ruin. It's entirely uncertain when the vacationers can return for holidays.

EU set to lift entry restrictions for all US travelers

Member states have reportedly agreed to lift coronavirus travel restrictions on tourists from eight countries, including the United States.

More and more people want to respect the climate when traveling. Now, European overnight trains are making an unexpected comeback as a more sustainable long-distance option.