Developers in some Chinese cities have cut prices by up to 30 percent as demand for new housing plummets. Public anger has poured onto the streets despite official figures showing a still-healthy property sector. 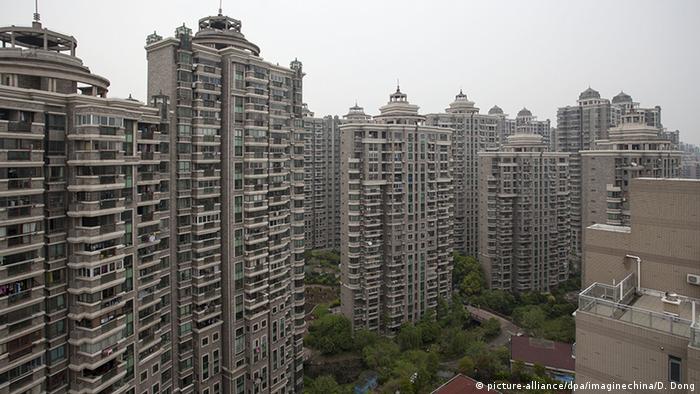 For the last two decades, property speculation in China has been a one-way bet. Take 57-year-old Shanghai businessman Tai Pei, for example. Having watched the Chinese real estate market grow for many years, he too was tempted to grab a slice of the incredible profits from the country's massive construction boom.

At the beginning of this month, however, the developer of the apartment block where his third property is located suddenly dropped the price by a third, due to enquiries drying up. The abrupt change of fortune prompted many existing owners to protest outside the sales office, demanding compensation.

"Clearly the developer pushed up the price [of the flats] to cheat people when they already had plans to reduce them," Tai told DW.

He said the developer offered existing owners new cars or cash, but many investors, who took large bank loans to profit from flipping property over short periods, refused what they say is a derisory attempt to silence them.

The property protests have not been limited to Shanghai and, in some instances, have even turned violent. In Xiamen, in China's southeastern Fuijian province, anger spilled out on the streets after the price of one luxury villa was cut by 2 million yuan, having sold for more than 5 million a year earlier.

Such was the bitterness at the price drop, the developer — China's largest residential real estate company, Vanke — was pressured to pay out a million yuan in compensation to some 100 existing owners.

Similar protests in Shangrao, Xiamen, Guiyang, and Hangzhou saw property owners demand the return of their money from construction firms, amid fears their losses could be much larger than in a previous downturn in 2014.

Property protests are becoming so regular in China that a new term has emerged on social media. "Fang Nao" literally means property trouble-making.

Although official data suggests China's property market is up 7 percent over the past 12 months, and grew 1 percent in September alone, other figures suggest interest in new properties has recently fallen by almost a third.

While many analysts predict a mild dip in property prices over the next 12 months as a result of Chinese government measures to cool the market, the large discounts offered by many developers — sometimes more than a quarter of the original price — tell a different story.

"Fang Nao will become more regular," warned economist Tan Haojun recently in a blog post. "When that happens, things will spin out of control and may result in social unrest." He noted that many of China's major property developers are heavily indebted, and predicted that several could go bust if their income dries up quickly.

Tan sees the Chinese government intervening further to ensure property prices correct gradually. "If property prices drop by half, a [banking] crisis will break out for sure," he warned. 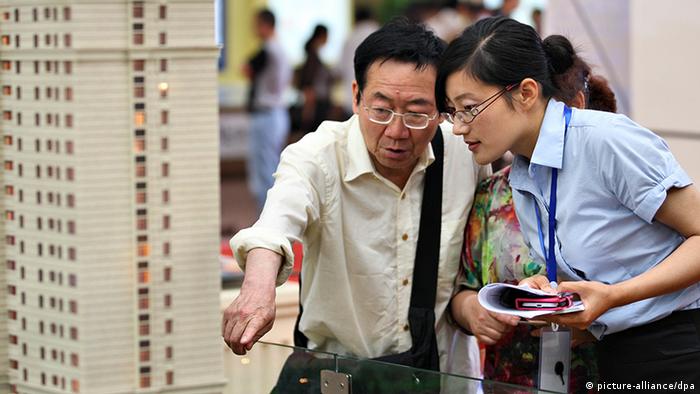 Iris Pang, Greater China economist for the Dutch bank ING, predicts a price correction of 5 to 10 percent over the next 12 months. But she still sees strong demand for property in China's largest cities and doesn't think real estate woes will drag down the rest of the economy.

"Jobs are still secure in China, [so] we don't see homeowners selling property and other assets because they can't repay mortgages," she told DW.

The Chinese government is expected to keep a tight lid on mortgage lending for at least the next year, said Zhang Hongwei, research director at Tospur Real Estate Consulting in Shanghai. "The government has become very experienced at handling the macroeconomic environment. [Adjustment] policies will be varied across different cities according to their individual needs," he told DW.

But even developers appear to have lost faith. The Reuters news agency cited Vanke Chairman Yu Liang as telling staff last month that "survival" was the ultimate goal for the developer over the next year, adding that the property market's "turning point has really arrived."

Indebted Chinese property speculators can't necessarily count on much public support, now that the market has turned against them. "The price goes up, you are happy. The price goes down, you make trouble," wrote one person on Chinese social media platform Weibo, in response to the protests.

Others blamed speculators for causing a massive affordability issue for ordinary Chinese people trying to buy their first property.

"It's exactly these people who buy properties to speculate that have created the property bubble," another user wrote.

An editorial for the website Sina Finance, meanwhile, accused property investors of violating "the spirit of contracts" by protesting.

"After many years of a property bubble that has made many people rich, those [speculators] should realize that the period where property prices only went up and never the other way, is over."

Amid the realization that he may not make such large gains on his third property, Tai now agrees the era of big profits from property speculation is probably at an end.

"The economy is not doing well. Both the stock market and the property market are depressed. I think it's all reached a ceiling," he told DW.

At 55 kilometers, it's the world's longest sea-crossing bridge and connects the semi-autonomous cities of Hong Kong and Macau with mainland China. But the project was hit by delays, cost overruns and safety concerns. (23.10.2018)

Last year saw the rise of some 200 additional billionaires who contributed to boosting the collective wealth of the superrich. A fresh report showed that growth was led by the world's second-largest economy, China. (26.10.2018)