Military forces have arrested most cabinet ministers and pro-government party leaders. Prime Minister Abdalla Hamdok has been taken to an undisclosed location, and has called on citizens to resist the coup. 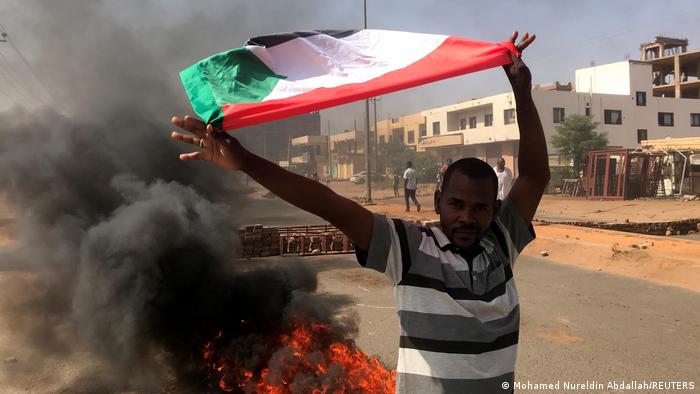 Sudan's top General Abdel-Fattah Burhan declared a state of emergency in the country on Monday and dissolved the government and ruling Sovereign Council, a joint military and civilian body. Ousted Sudanese officials are calling the move a military coup.

Most of Sudan's cabinet ministers and pro-government party leaders have been arrested. The Sudan Doctors' Committee, a civil society group, reported at least three deaths and 80 injuries after security forces fired into protesting crowds.

The arrests of the ministers come amid rising unrest between Sudan's civilian and military leaders, who were meant to share power after former leader Omar al-Bashir was ousted in 2019. Since then, the country has been ruled by a transitional civilian-military administration, until a civilian government could be elected. 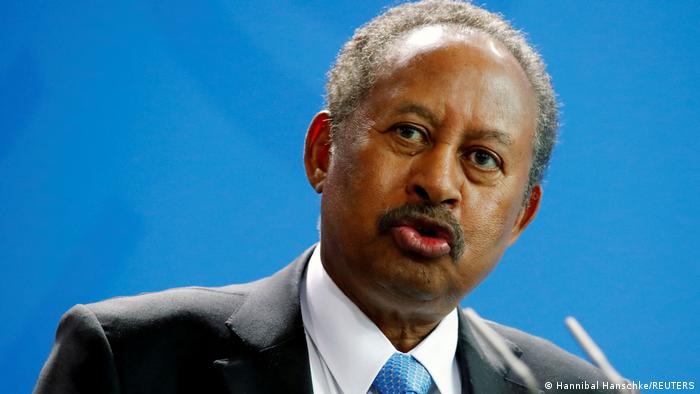 Armed forces kidnapped Prime Minister Abdalla Hamdok because he "refused to be part of the coup," the Sudanese Information Ministry has said. The military has not confirmed the prime minister's current whereabouts.

The ministry added Hamdok was calling upon the Sudanese people to resist the coup and "defend their revolution."

The statement also said soldiers had stormed into the state broadcaster's TV and radio headquarters in the city of Omdurman, and detained some staff.

Demonstrations against the coup reportedly took place in the capital, Khartoum, and nearby Omdurman.

"We've seen motorcades of many military personnel move on crowds being formed, but also dispersed, sometimes violently," Will Carter, director for the Norwegian Refugee Council in Sudan, told DW from Khartoum. .

"There's a lot going on that we still need to to to understand. Tensions are high. And this comes at a time when the country is already in a protracted humanitarian emergency with millions of people at stake," he added.

What did the military say?

General Burhan said in a televised address that a new technocratic government would lead the country until elections in July 2023. He said fighting between various Sudanese political factions had prompted the military to intervene and dissolve the government.

Burhan was already the country's de facto head of state as part of the military-civilian transition council.

In his speech, he vowed to complete the country's transition to democracy.

"The Armed Forces will continue completing the democratic transition until the handover of the country's leadership to a civilian, elected government," he said.

The Information Ministry called it a full military coup, and demanded the release of all detainees.

"Civilian members of the transitional sovereign council and a number of ministers from the transitional government have been detained by joint military forces," said a statement by the ministry.

The Information Ministry also said workers at federal and state ministries would go on general strike in response to the coup.

The Sudanese Professionals' Association, the country's main pro-democratic political group, called on people to demonstrate in the streets and counter the coup.

"We urge the masses to go out on the streets and occupy them, close all roads with barricades, stage a general labor strike," said the group in a Facebook post.

The Sudanese Communist Party said this was a "full military coup'' orchestrated by Burhan, the head of the Sovereign Council, and called on workers to go on strike.

Local media reports said the Khartoum International Airport had been cordoned off by military forces. The Al-Arabiya news network reported that major airlines had suspended flights to the capital city.

Sources said internet services had been disrupted across Khartoum. NetBlocks, a group that tracks disruptions across the internet, said it had seen a "significant disruption" to both fixed-line and mobile internet connections across Sudan with multiple providers early Monday.

"There's been a major communication blackout," said Carter from the Norwegian Refugee Council.

How is the world responding?

Jeffrey Feltman, the US special envoy for the Horn of Africa, who had just tried to resolved the dispute between military and civilian leaders over the weekend, called the putsch "utterly unacceptable."

Later on Monday, the US announced it was suspending aid to Sudan until the civilian government is restored.

Volker Perthes, the United Nations special representative to Sudan, said he was "deeply concerned" about the situation. "The reported detentions of the prime minister, government officials, and politicians are unacceptable," he said.

German Foreign Minister Heiko Maas condemned the coup, calling for a peaceful political transition. "Political leaders must resolve their differences through peaceful dialogue. They owe this to the people of Sudan who have been fighting for an end to dictatorship and for democratic change," he said.

Chinese Foreign Ministry spokesperson Wang Wenbin has urged all political factions in Sudan "to resolve their differences through dialogue so as to maintain peace and stability of the country."

Tensions have been rising between civilian and military leaders, with the country having already witnessed a failed coup attempt last month.

Kholood Khair, a managing partner at the Insight Strategy Partners think tank in Khartoum, told DW on Monday that the relationship between Sudan's civilian leadership and the military had been "on the ropes for a while." She said recent attempts by the civilian government to push the military toward reform have "deteriorated" the relationship.

Recently, both factions have taken to the streets for protests and demonstrations. The civilian bloc, known as the Forces for Freedom and Change (FFC), has also split into two opposing factions.

"We renew our confidence in the government, Prime Minister Abdalla Hamdok, and reforming transitional institutions — but without dictations or imposition," FFC leader Yasser Arman told the press.

The FFC on Monday called for protests in the streets and urged the Transitional Military Council to resign and transfer power to the civilian government.

Earlier, Hamdok had described the rift between ruling factions as the "worst and most dangerous crisis" for the transition government.