Study Reveals Education Gap in Europe | Europe | News and current affairs from around the continent | DW | 11.10.2006 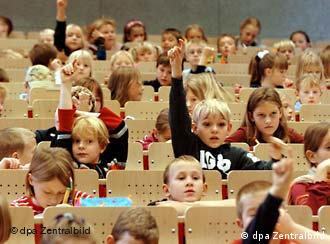 Are they getting the education they will need?

"We are still doing painfully little to take the most necessary step: developing and maintaining the human capital that will determine our future economic prosperity," said the report prepared by the Deutschland Denken think tank for the Lisbon Council for Economic Competitiveness and Social Renewal.

The report, titled "Innovation at Work: the European Human Capital Index," said "policy makers' willingness to talk up 'innovation'" was not matched by investment in human capital. It said Europe was engaged with China and India in a "race to the top" in which "delivering ever higher value-added goods and services will determine our ability to generate the wealth needed to preserve our value-driven model for generations to come."

The study lists countries according to a "human capital index" that considers educational facilities in 13 western European countries correlated with employment, productivity and demography. The findings point to increasing social as well as economic divergence in the European Union.

"Some countries -- notably Germany and Italy -- are courting disaster by allowing their human capital to stagnate through high workforce exclusion and chronic underinvestment in education and training," the study said. If present trends continue, it warned, "the citizens of Germany and Italy could find themselves with 50 percent lower gross domestic product per head than people in Sweden, Ireland or the United Kingdom by 2030." 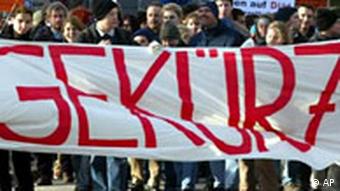 It said Sweden invests twice as many resources in school, university and adult education as Italy or Spain.

In general, Europe spends less on education than its peers in the Organization for Economic Cooperation and Development," the report said.

Immigration is the answer

It added, "Europe's current competitive edge in a globalized world, its highly educated work force will stay competitive only with higher and better public sector investments.

The most obvious, but by no means easy, solution is immigration," it said, but by 2030, "can Germans or Italians learn to live in a society where every other 20-year-old is a foreigner." 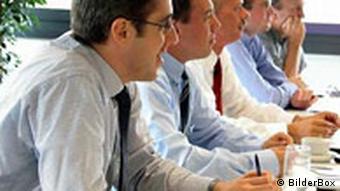 On-the-job training is a way to get ahead

Even though a country has lagged behind in educational investment, it can rapidly reestablish the situation by providing opportunities for adult education and on-job training, which is one of the reasons for the success of the Nordic countries, the study said.

For example, people between the ages of 44 and 64 in Sweden spend an average of 358 hours a year on job-related training, twice as much as the Germans and three times as much as the Spaniards.

Sweden also spends 1.7 percent of its gross domestic product on its universities, which is just behind Denmark and Finland, but almost twice as much as Italy.

A recent study showed that most children from immigrant families perform disastrously at school and subsequently in the job market. One private university in Berlin started by a Turkish industrialist bucks the trend. (11.06.2006)