Berlin's two airports, Schönefeld and Tegel, are being hit by strikes, as ground crews protest labor conditions and wages. The industrial action is due to run for 25 hours and has grounded nearly all flights from Berlin. 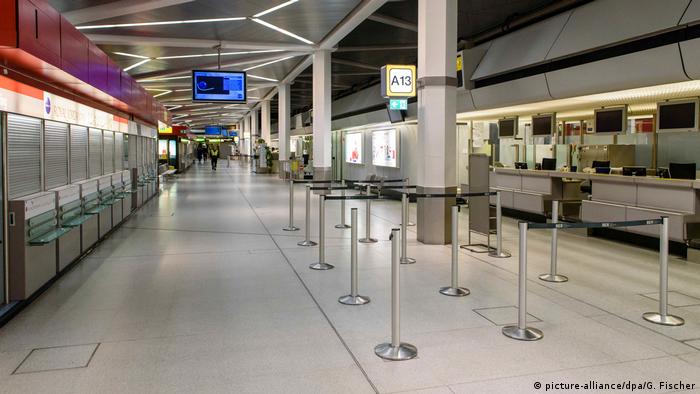 The Berlin-Brandenburg Airport Association, which runs the German capital's two airports, said Friday that 455 flights had been cancelled at Tegel and 204 at Schönefeld as of 0615 GMT. The strike is due to run for 25 hours from 0400 local time (0300 GMT) on Friday.

The airport operator also advised travelers to pay attention to their flight statuses as changes may occur.

Flights in and out of Berlin's two commercial airports are likely to face delays as ground staff go on strike in a dispute over pay. The walkout follows similar action by German airline pilots and flight crew. (08.02.2017)

The industrial action comes after a group of companies providing ground services to the airports refused to agree to a trade union demand to raise wages.

White-collar union Verdi has demanded a pay rise of one euro ($1.06) per hour for work contract terms of at least one year. Currently ground crew members earn on average 11 euros per hour. The increase would amount to a hike of about 10 percent in wages.

But the employers' group on Tuesday only offered a pay rise of 8 percent over the course of three years, which was rejected by the union.

"Unfortunately a strike is inevitable because the employers have still not delivered a suitable offer, and it seems that it's not currently possible to negotiate an agreement," said Verdi negotiator Enrico Rümker, adding that he was ready for talks at any time.

Rümker also said that the strike could last into the weekend, while the employers group called the action "irresponsible," saying it could push finding a solution into the distance.

Most affected by the strike are visitors to the world's biggest tourism trade fair, the ITB, which ends in Berlin on March 12.