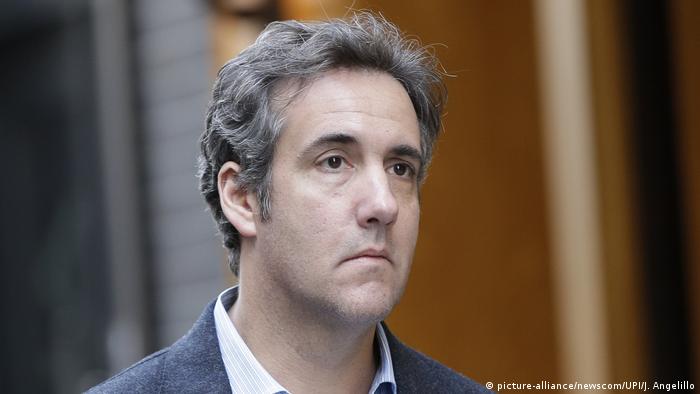 US President Donald Trump officially admitted on Thursday for the first time that he repaid his former personal lawyer up to $250,000 (€210,000), but did not explicitly say what the reimbursement was for.

'The American people were deceived'

Rudy Giuliani, one of Trump's current lawyers, told Fox News Channel that the repayment did not have "to be disclosed at all because I think it was an expenditure that he reimbursed."

The lawyer for Stormy Daniels, Michael Avenatti, wrote on Twitter, "Mr. Trump's disclosure today conclusively proves that the American people were deceived.This was NOT an accident and it was not isolated. Cover-ups should always matter."

Democrat lawmaker Elijah Cummings, who serves on the US House of Representatives Oversight Committee, said, "President Trump was required by law to report that he ‘funneled’ money through Michael Cohen to reimburse a secret payment to adult film star Stormy Daniels, but he concealed these payments, and we still do not know why."

Murky dealings: Cohen has said he paid $130,000 out-of-pocket to Daniels to buy her silence ahead of the 2016 presidential election. Trump has previously denied knowing about that payment or reimbursing Cohen. But Giuliani said  in early May that the president had indeed repaid Cohen.