At least five people have been injured in Vietnam as the storm leaves a trail of devastation in the Philippines. Vamco is easing slightly after it was labeled as a typhoon with winds of up to 155 kilometers per hour. 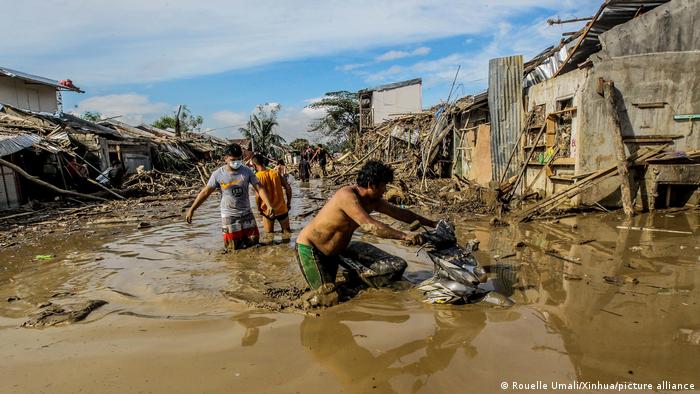 Storm Vamco barreled into Vietnam on Sunday after wreaking devastation in the Philippines , where the death toll rose further and the search for survivors continued.

Vietnam's Disaster Management Authority said at least five people were injured but no fatalities were reported.

The storm, which was downgraded from a typhoon, made landfall with winds of up to 90 kilometers per hour (56 mph), uprooting trees and ripping the roofs off houses and schools.

In an effort to reduce the number of casualties, Vietnamese authorities had evacuated some 650,000 residents from seven coastal provinces to higher and safer ground.

Philippines hit by yet another typhoon

Vamco is the latest in a series of storms that have pummeled Vietnam over the past six weeks, causing flooding and landslides that have resulted in the deaths of at least 159 people while 70 others are still missing.

The severe weather events have damaged or destroyed more than 400,000 homes, according to the International Federation of Red Cross and Red Crescent Societies.

Roads and bridges have been washed away, power supplies disrupted, and crucial food crops ruined, meaning at least 150,000 people are at risk of going hungry. 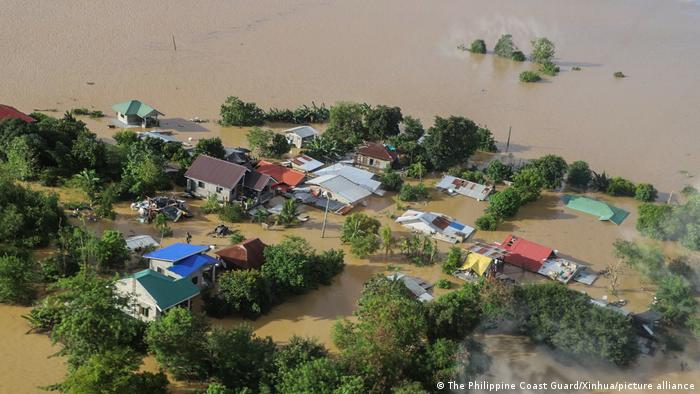 Vamco's strength has diminished since pummeling the Philippines earlier this week with winds of up to 155 kilometers per hour.

The typhoon caused some of the worst flooding in years, swamping villages, destroying crops and leaving hundreds of thousands without power.

Philippine authorities said Sunday the death toll had risen to 67, though floodwaters are now receding, giving hope that the worst could be over.

Twelve people are still missing and emergency teams have are now concentrating on rescuing residents trapped in their submerged homes or on their rooftops.

A super typhoon — the world's strongest this year— has made landfall in the eastern Philippines. Over a million people in the typhoon's path have been evacuated, with authorities describing "catastrophic" conditions.