A Swedish court has sentenced Uzbek national Rakhmat Akilov to life in prison for the attack in Stockholm that killed five people. Akilov, a supporter of the "Islamic State," drove a truck into a crowd on a pavement. 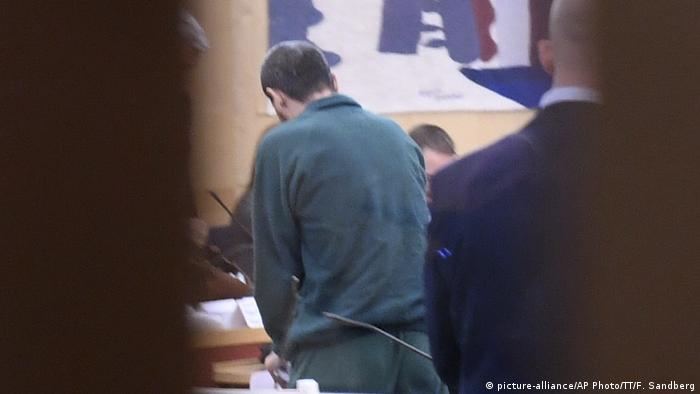 "Islamic State" supporter Rakhmat Akilov was sentenced to life in prison on Thursday, having previously admitted to ramming a truck into a crowd in Stockholm in April last year.

The 40-year-old, who killed five people including a child, had asked for a time-limited sentence.

Akilov had admitted that he hijacked a beer truck outside a restaurant in central Stockholm and drove at speed some 500 meters (550 yards) down a pedestrian street, plowing into shoppers.

The fatalities were a British man, a Belgian woman, and three Swedes, including an 11-year-old girl.

Akilov fled the scene but was arrested the same day outside a gas station in a Stockholm suburb.

The defendant was also charged with subjecting 144 people to the risk of death or serious injury.

Akilov said after the attack that he hoped it would stop Sweden from taking part in the international coalition against IS. He told the court that he had been given a green light to carry out the attack by the militant group, although IS did not claim responsibility for the incident.

Although Akilov was given a life sentence, he is unlikely to remain in prison indefinitely.  The court also ruled that he should be expelled from Sweden after serving the sentence.