Sten Nadolny: 'The Discovery of Slowness'

Nadolny's fictional biography of seafarer John Franklin turns his weakness into his strength. Regarded a misfit for taking his time with all things, Franklin becomes one of the foremost explorers of the modern age. 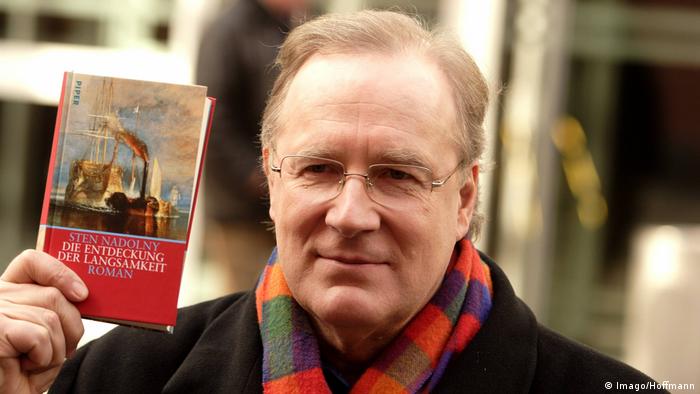 Ten-year-old John Franklin tries to master the art of climbing a tree: "His hand reached for the branch and found that it held. He should have had his eye on the next branch long ago. But what did the eye do? It remained fixed on the hand. So it was all a matter of looking. He knew the tree pretty well, but that didn't make it any faster. His eyes refused to be rushed."

Things don't appear to move along fast enough. John's perception refuses to be rushed, to have things done in a hurry. This likely isn't an ideal trait for becoming an officer in the Navy. However, this is exactly what happens to John Franklin in the end. Not only does the unusually talented man from Spilsby, England achieve a military career that ultimately leads to becoming supreme commander, he also becomes one of the world's foremost explorers.

'The Discovery of Slowness' by Sten Nadolny

Based on real events

Sten Nadolny's novel details the life of British seafarer and polar explorer John Franklin (1786–1847). A surprise success when it was first published in 1983, The Discovery of Slowness follows the milestones of Franklin's life, from his beginnings in the Royal Navy to the horrors of naval battle at Copenhagen (1801) and Trafalgar (1805), to the battle of Lake Borgne at New Orleans, where he was wounded.

Franklin later joined an expedition to Australia and was promoted to being the captain of two unsuccessful expeditions to the Arctic. His travelogues became popular reading material around the world during the 1820s. 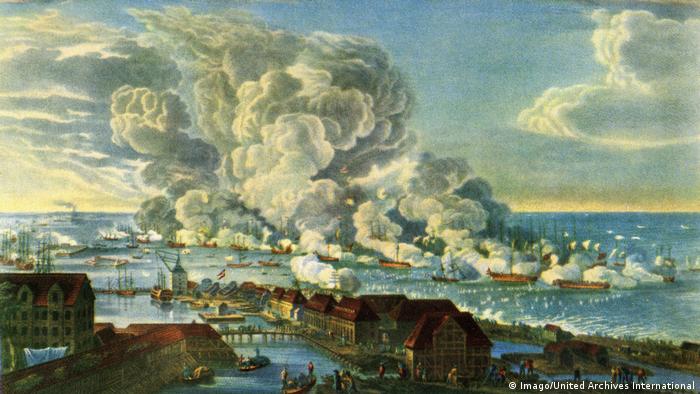 The expedition that continues to fascinate people around the globe is his third and final voyage into the Polar Sea from 1845 to 1847. He was accompanied by 150 seamen in two ships packed with provisions to last for three years. Franklin was given the best equipment available at the time in his bid to discover the Northwest Passage connecting the northern Atlantic Ocean with the northern Pacific Ocean through the Arctic Sea. But this expedition, too, failed.

The two ships never returned, and whatever fate that the 150 seamen suffered remained a mystery for decades. It was a century-and-a-half later that a Canadian team of explorers discovered the sunken, shipwrecked vessels in 2014 and 2016.

Nadolny tells Franklin's story in his novel of over 300 pages, without focusing solely on the biography of this adventurous explorer. Rather, he recounts the tale of a man whose penchant for slowness made him somewhat of a misfit. Whether John Franklin actually was a slow person in real life is unknown. Nadolny's narrative depicts the explorer as such in order to close in on Franklin's virtues: his sense of purpose, direction, concentration, and endurance.

Nadolny's Franklin stands out as a man who moves at his own pace, decides what kind of speed best serves his aims, and knows how to create peace out of all this slowness. Nadolny's hero embodies the antidote to the increasing pace of the Industrial Revolution; his languidness is a response to the belligerent vigor of his contemporary age.

"A speaking pillar seemed to rise from the midst of the sea; before him he saw machines and equipment designed to serve not the exploitation but the protection of individual time, territories reserved for care, tenderness and quiet reflection." 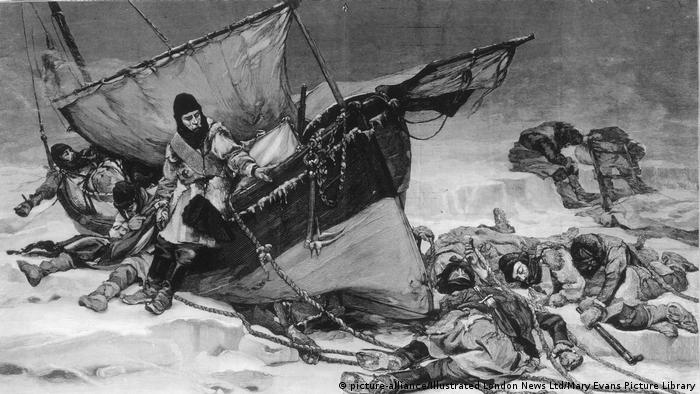 A sense of calm

Much like Franklin's personality, Nadolny employs equally placid and undramatic language, depicting even the more exciting and often life-threatening moments of his narrative with a sense of calm and poise. It is this dichotomy that creates a great deal of suspense throughout the story. You can interpret Nadolny's book as an adventure novel, a history novel, a coming-of-age novel or as a fictionalized biography. But above all, it is a book that ponders the power of humankind over time itself.

The novel depicts Franklin as a hopeful man even in the face of great adversity, like when his two vessels, the HMS "Erebus" and the HMS "Terror" get stuck in ice in 1847: "He was slower than death; that might be their salvation." Franklin's last hope ends up dying along with him. A document found later during a search expedition revealed that he suffered a fatal stroke.

Nadolny's novel achieves something that is nearly impossible to imagine in this age: He redeems slowness and elevates it to new glory.

Sten Nadolny was born in East Germany in 1947 and grew up in Bavaria. He studied history and political science at several universities and later settled in Berlin. In 1980, Nadolny won the Ingeborg Bachmann Prize at the Festival of German-Language Literature. His first novel, Netzkarte, was published in 1981. Two years later, he published The Discovery of Slowness in German, which later was translated in all major world languages and went on to win several prizes.