Steel, plants, marble and wood: Interior design trends to watch out for

Germans love functional living spaces, but comfort is the catchword at the IMM Cologne furniture design fair. Plants and decorative objects are a must, and so are new materials — used to revisit Bauhaus classics.

Furnishing their home to reflect their individual lifestyles is important to Germans. While it sometime happens in the US, selling a house with all the furniture in it is unthinkable in Germany, according to expert on interior design trends Ursula Geismann, from the Association of the German Furniture Industries (Verband der Deutschen Möbelindustrie, VDM) .

In fact, 79 percent of Germans feel it is important that their home is furnished according to their needs, a recent VDM survey found. In the future, the industry plans to focus even more on what it takes to create a smart home and on demographic change, she added.

Bauhaus at the IMM

This year's centennial anniversary of the Bauhaus school of design is also noticeable at the IMM Cologne international furniture fair held from January 14 to 20 in the western German city. Various companies are licensed to manufacture the world-famous tubular steel armchairs and chairs by Marcel Breuer and Ludwig Mies van der Rohe. Thonet, for instance, still makes the classic version, though with a different seat height because "people are bigger today than they were in the 1920s," as Thonet designer Susanne Korn explained. 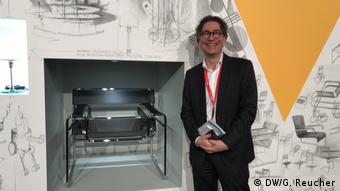 "Bauhaus was an idea geared to the future, a big experiment that kept on changing," said Cologne architect Thomas Schriefers, a Bauhaus collector who set up a small Bauhaus exhibition at the fair.

Bauhaus founder Walter Gropius understood early on the importance of becoming established as a brand. The group's functional furniture and objects, designed to make life easier, were soon mass-produced. "They had a logo, they had their own lettering and advertised in books and pamphlets," Schriefers said, adding that Bauhaus also had an idea, a brand, a concept, a product and relied on an international network. In other words, the designers already applied "the strategies of modern marketing."

Whether Marcel Breuer's foldable chairs, integrated kitchens or simple building blocks for kids, Bauhaus designs were meant to be functional and practical. Today, people expect more from their furniture. It should not just be functional, but multi-functional, perhaps even involving smart home technology. 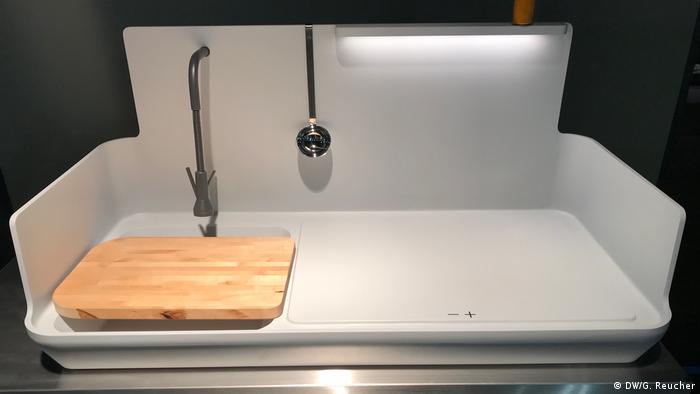 About 44 percent of urban households are single households, said Geismann. "Apartments are getting ever-smaller, and you need practical, multi-functional furniture to save space."

One look around at the IMM Cologne fair shows that steel tube constructions for shelves, cube-patterned wallpaper, glass tables and shiny metal are trendy again, along with wood and marble. 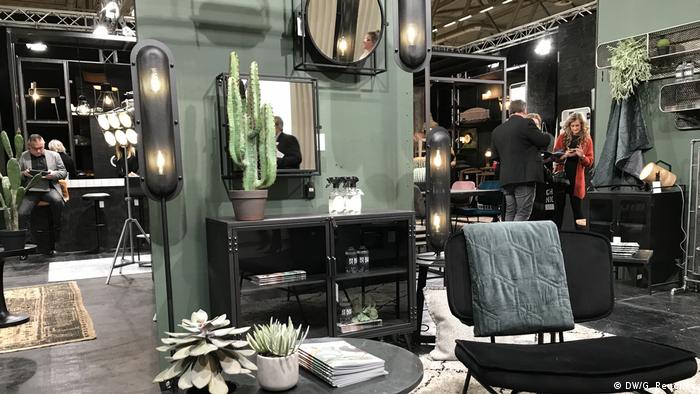 Without plants, the design fair wouldn't feel as homey

Apartments large and small in Germany increasingly opt for open spaces, a concept long-established in other countries, said Elko Beeg, Management Director of the Sachsenküchen kitchen manufacturer. "We are a bit behind here in Germany."

Furniture design is functional, the shapes are simple, but rooms are decorated in such a way — at the fair and at home — that they are "gemütlich," the German word for comfortable and cozy.

Trends expert Ursula Geismann summarizes the typical German's approach as one of a "digital Neanderthal" who "gets everything done on their smartphone or tablet, while comfortably sitting on a couch. Inner life hasn't reached the digital world yet. And it will probably stay that way."

Long a mecca for the creative-minded, Berlin has been inspiring fashion trends for centuries. A look at several designers from around the world who now call the German capital home. (15.01.2019)

Designing for the fashion-conscious woman

Sally’s clients may not live under the bright lights of the big city, but that doesn’t mean they don't want to be stylish. With the help of the Internet one dressmaker is bringing cutting edge design to rural Kenya. (09.01.2019)

Mallorca without tourists: the impact of the coronavirus epidemic

Without tourists, the Germans' favorite island is facing ruin. It's entirely uncertain when the vacationers can return for holidays.