For our series on terrorist groups, DW correspondents travelled to some of the most dangerous regions of Africa. Local journalists kept them safe. 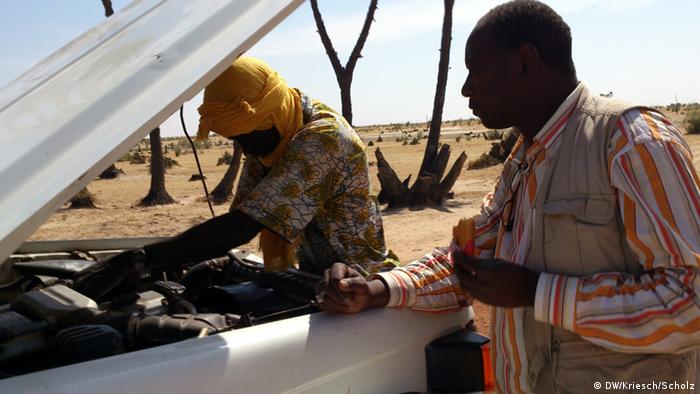 Our jeep was stuck in the middle of the Sahara desert in Mali for just fifteen minutes but it seemed much longer. We were on our way from Timbuktu to Bamako and had planned our journey so it would not take not longer than one and half days.

But 100 kilometers into Timbuktu the car’s engine stopped working. This was the most dangerous part of the journey because of bandits and Islamists who roam the area. They abduct foreigners for large sums or for political leverage. A reputable security company classifies this area as extremely risky.

As the driver tinkers frantically with the engine, the fuel runs out. He is Tuareg and wears a turban. Ismail Dicko, our local journalist helps him and reassures us that all will be well. Dicko is Malian and has arranged our interviews, translations, as well as taking care of our itineraries.

He knows which road is secure and when without him, we would have never dared to travel by road. The whole journey takes us two full days including six-hour breakdown and nine accidents on the track.

Local journalists like Dicko enable us to work effectively in crisis regions. As western journalists, we are perceived not to be neutral when reporting Islamist terrorism. Extremists groups view us as their opponents and as a lucrative kidnapping target.

In northern Mali, two French journalists were kidnapped and murdered in November 2013. In Somalia, there have been repeated abductions and attacks on reporters. We trust our local colleagues and contacts; their sound judgment and assessment are invaluable. 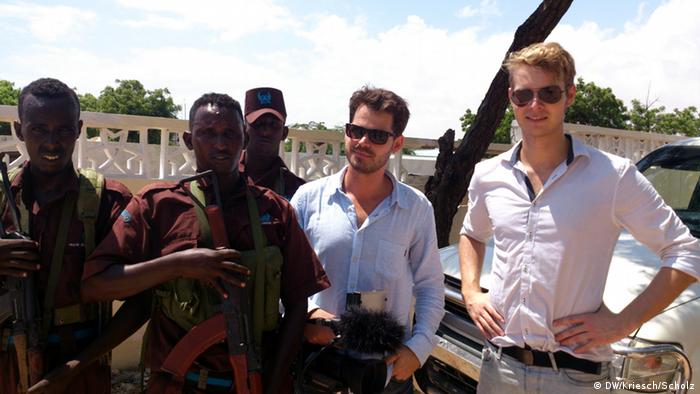 Sometimes we were just lucky. A week after we had been filming in Mogadishu, a car bomb exploded a few meters in front of our hotel killing six people. Another incident occurred during a return flight from the north-eastern Nigeria, where we produced a report on Boko Haram. The plane almost crashed as we were about to land in the capital Abuja.

We only take risks when we go on trips; our local colleagues live with these risks all the time.

In Mogadishu, we worked with a journalist who spent some years in Europe because there had been threats to his life there in Somalia. But he has returned to continue reporting on the abuses in his country. The threats haven't stopped. And so he lives in a low budget hostel so he can constantly move around.

He wears different headscarves daily to disguise himself. Otherwise he would be an easy target for the terrorists.

Many colleagues working in north-eastern Nigeria are in the greatest danger. Ibrahim Abubakar in Yola, who put us into contact with a vigilante fighting against Boko Haram, is often one of the first journalists to enter a village after an attack by the Islamists. 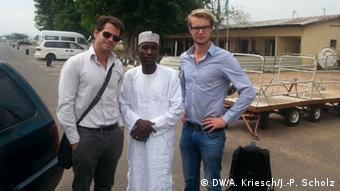 Local correspondents have been instrumental in finding interview partners

A few months ago, Abubaker who also works as a correspondent for DW's Hausa radio program, was beaten up in Gombe by a soldier while covering a story. These colleagues not only deserve our thanks but also our utmost respect, for without them, our reports would not have been possible.

Boko Haram has been spreading terror across northeastern Nigeria since 2009. With indiscriminate killings, the militant Islamist sect is seeking to fight Western values and promote an Islamic state. (17.12.2014)

Dozens killed in twin explosions in Nigerian city of Jos

More than 30 people have been killed in two blasts which rocked the city of Jos in central Nigeria. Authorities believe that the attacks may be the work of the Islamist terror organization, Boko Haram. (11.12.2014)