Diplomatic protests have met plans for a statue honoring a World War II-era fascist minister who supported the Nazis. Hungary's right-wing government has been accused of glossing over Hungary's role in the Holocaust. 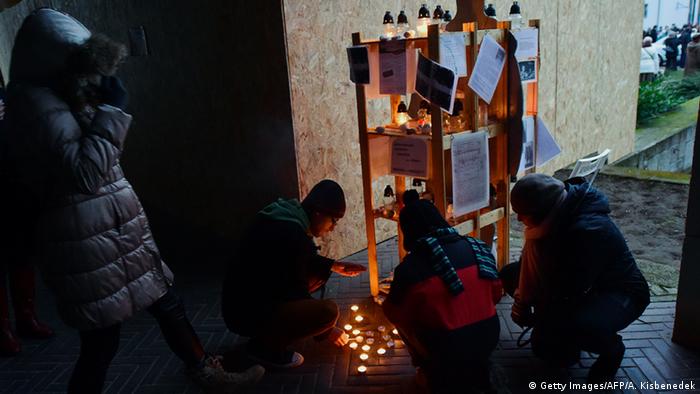 Around 300 protesters gathered Sunday in the city of Szekesfehervar where a life-size bronze statue of Balint Homan is slated to be unveiled at the end of the month.

Homan was a civic leader and academic widely seen as an architect of anti-Jewish laws in the 1930s. He also called for the deportation of Jews from Hungary in 1944, while part of a fascist Hungarian government propped up by Nazi Germany.

The prospect of paying tribute to Homan with a statue has led to widespread outcry inside Hungary and among international diplomats.

"An openly anti-Semitic, fascist politician should never get a statue anywhere in this country," Andras Heisler, head of Hungary's largest Jewish group, the Federation of Jewish Hungarian Communities (Mazsihisz), told the crowd at the protest

Protest letters against the statue have been sent to Hungarian Prime Minister Viktor Orban by the World Jewish Congress and a US Congress taskforce on anti-Semitism.

"Honoring a man like that - we're shocked by it," said US special envoy on anti-Semitism Ira Forman. "It's not our decision, but we're here to say we are shocked by it. We think the world should know about who this person (was) and that people are considering putting a statue up."

Homan was handed a life sentence for his role in approving Hungary joining Nazi Germany's invasion of the Soviet Union. He died in prison in 1951.

But a Budapest court recently posthumously overturned the conviction, ruling there had been a lack of evidence for his conviction. The ruling came after Szekesfehervar City Hall approved the statue plan. 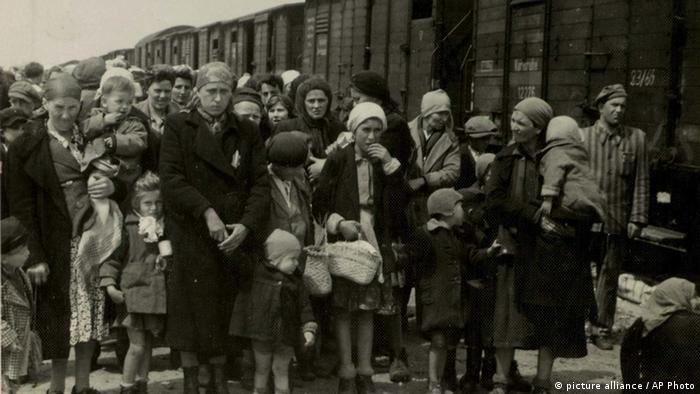 Jewish women and children, deported from Hungary, line up on the selection platform at Auschwitz camp in May 1944 in Nazi-occupied Poland

Hungary's ruling right-wing Fidesz party has been careful not to voice its support for or against the statue which is being erected by a private foundation.

Szekesfehervar's Mayor Andras Cser-Palkovics, a Fidesz member, reversed his earlier support for public funding for the statue, saying external pressure was so high that the foundation behind the project should "reconsider" its plans.

"If the Balint Homan Foundation decides to erect the planned statue anyway - which it is entitled to in a democracy - then the city council of Szekesfehervar asks them to repay funds it has received from the city and the state," he said Friday.

The private group behind the statue, the Balint Homan Foundation, some of whose members are linked to the ultra-right Jobbik party, has received both state and municipal funding for the statue in Szekesfehervar, about 60 kilometers (37 miles) southwest of the capital Budapest.

The foundation says it wants to honor a man it describes as an eminent historian and minister of religion and education before and during World War Two.

The statue is scheduled to be unveiled December 29 - the 130th anniversary of Homan's birth.

An estimated 550,000 Hungarian Jews perished in the Holocaust. The central European country currently has a Jewish population of approximately 100,000.

Have something to say? Add your comment below. Please note that the thread closes automatically after 24 hours.

Jewish groups have threatened to boycott 70th-anniversary Holocaust commemorations in Hungary. They accuse Budapest of not taking responsibility for its role in the genocide. (21.01.2014)

Hungary's capital Budapest on the weekend witnessed a massive protest against anti-Semitism in reaction to right-wing politicians calling for all Jews to be put down in lists as a 'threat to national security.' (04.12.2012)