Station F, touted as the "world's largest incubator" for new companies, is already boosting Paris' reputation among investors. But can it help turn France into a startup hub? DW's Lisa Louis reports. 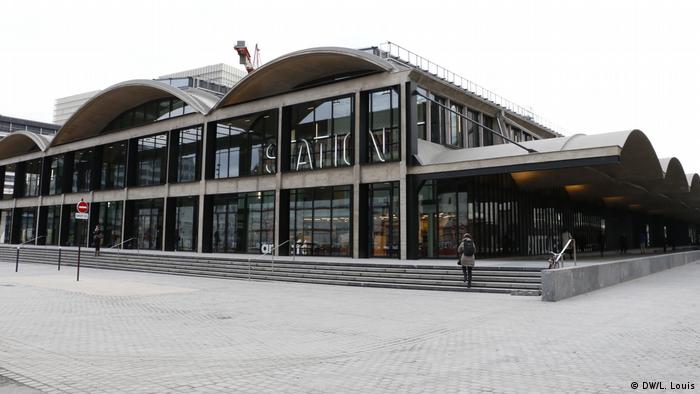 It is surprisingly quiet in Station F's huge open plan hall as hundreds of women and men work quietly at their computers. Large converted shipping containers protrude from the first floor, through whose glass fascades you can see groups of people perhaps discussing their latest project. The colorful furniture in the center of the hall is reminiscent of the television series Star Trek, due to its futuristic form.

Station F, based in Paris' 13th arrondissement, is where young entrepreneurs are imagining the France of tomorrow. By its own admission, "the world's largest incubator" could help change the country's image — even if more needs to happen to turn France into a true startup nation.

"International investors should finally understand what a multitude of young entrepreneurs there are in France," says Roxanne Varza, the dynamic 33-year-old director of Station F. The incubator's owner and Internet entrepreneur Xavier Niel has invested €250 million euros ($309 million) in the project.

Startups can apply for 33 different "Incubator" programs managed by Station F or by major companies such as Facebook, France's online retailer Vente Privée and leading business schools. On campus, there is a pop-up store, a café, a post office and coming soon: a restaurant. Six months after its inauguration, Station F is already fully booked, with around 3,000 young entrepreneurs from 1,000 startups in more than 50 countries, paying up to €200 per person per month. 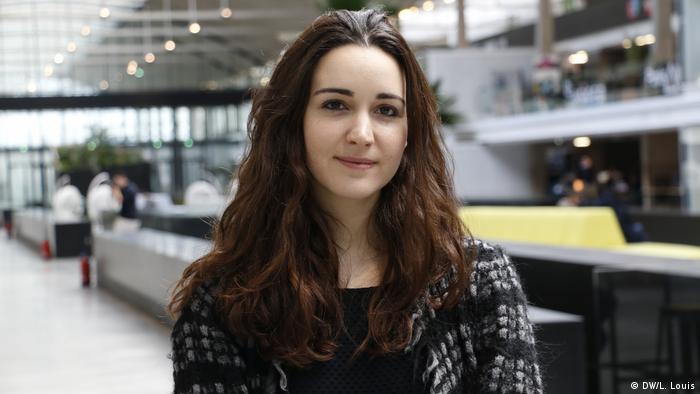 Roxanne Varza is the director of Station F in Paris

So far, everything has gone pretty smoothly, Varza told DW. "Of course, this is also due to Brexit, the Trump effect, and the election last year of Emmanuel Macron as French president — which made the enthusiasm for Station F all the greater." Some of the applicants no longer wanted to work in London or the US, she says, but rather in Macron's France, who has vowed to turn the country into a "startup nation."

The 'next big thing'

Carole Danacher, Managing Director of Allvibes, also wants to be part of the "next big thing." "It's incredibly prestigious to be selected for Station F," she says enthusiastically. She and her three co-founders have designed an app to offer video ratings of restaurants, hotels, and stores. Users film multiple sequences in their desired location and then talk directly to the camera. "This way, we make sure that the reviewer actually exists — after all, according to studies, up to half of the reviews on many websites are fake," the 27-year-old told DW.

In its first round of funding, Allvibes raised €100,000 and is betting that further investment will follow this year. But the startup is unlikely to remain in France long-term, due to its business-to-consumer (B2C) model. "Accumulating a large number of investors in France is very difficult for us," explains Danacher, who believes US investors are more supportive of consumer-driven startups. 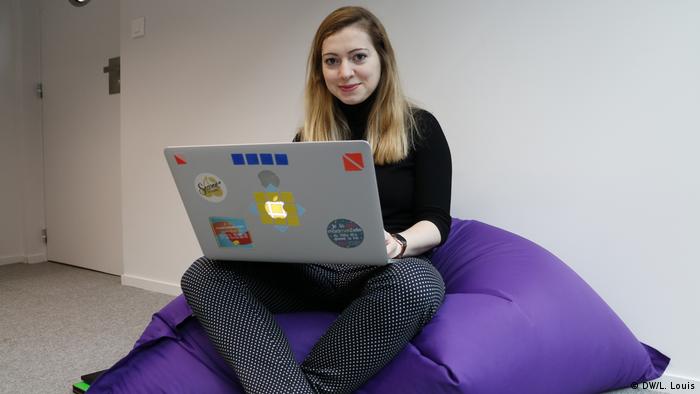 Carole Danacher, co-founder of Allvibes, in a conference room at the Station F startup incubator in Paris

But it is not only B2C companies who struggle to raise large sums, says Philippe Tibi, professor of economics at the Ecole Polytechnique near Paris. "France has only three so-called unicorns — startups worth more than a billion dollars — which is tiny by international standards. The UK, for example, has 13. Very few of our domestic funds can invest large amounts of money in startups." Therefore, the French government must do more to attract global venture capital funds, he adds.

The lack of startup growth is also partly due to the French character, says the economist Philippe Crevel, head of the Cercle de L'Epargne think-tank. 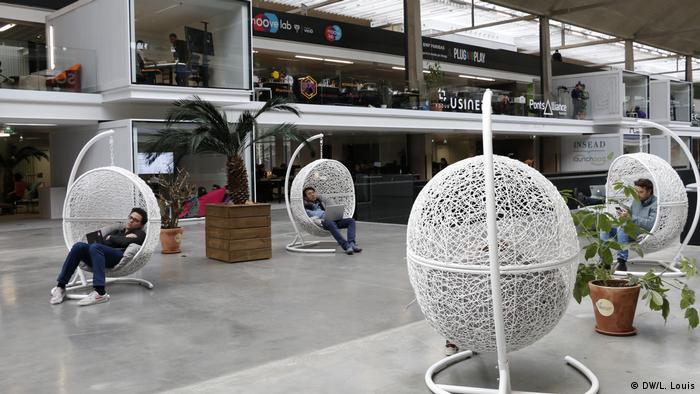 According to OECD figures, France has the highest number of startups per year in relation to its population size. "But French entrepreneurs are like mercenaries: They like to start a business and sell it quickly; if they get a chance to sell it for €200,000 or €300,000, they will grab it," the economist told DW.

One exception seems to be the startup Spartan, who just raised over a million euros, including from investment angels. "We are rooted in Paris and have a business-to-business approach which French investors like," says co-founder Arthur Menard.

The firm has a close affinity to the world's fashion capital as it makes underwear that protects against mobile phone radiation.

In its first two years, the company has sold tens of thousands of products at between €32 and €42 a pair. Now Spartan is working on a new brand, Babybodies, and a women's collection. This year, the company will open its first office in New York but its head office will remain in Paris, Menard insists. 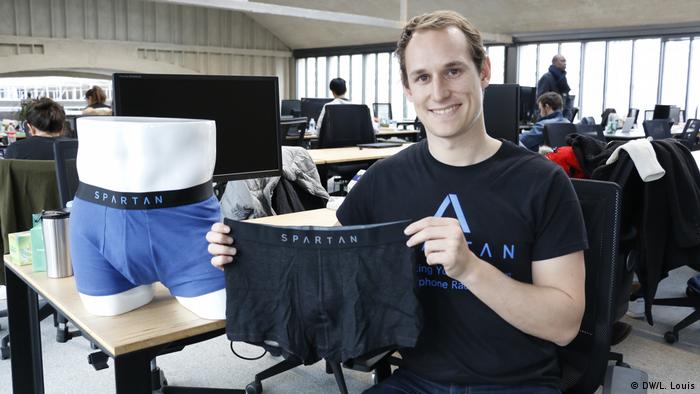 Arthur Menard is the founder of Spartan, which makes underwear that protects against cell phone radiation

Nethone came to Station F via a program supported by the French transport company Thales. "For us, as well as the geographical proximity, it's much more interesting here than in Silicon Valley, where it's almost all technology companies," he told DW.

Emmanuel Macron: 'France is back as a European reformer'

French President Emmanuel Macron has encouraged Europeans to open up to more political and economic reforms. He supported the idea of a two-speed Europe where a core group of reformers should take the lead. (24.01.2018)

French prosecutors have reopened a probe into allegations of rape involving Budget Minister Gerald Darmanin. He denies any wrongdoing, and cabinet colleagues have rallied around him. (29.01.2018)