Hollywood star Carrie Fisher is reportedly in a "critical condition" after suffering a massive heart attack. The actress was flying from London to Los Angeles while promoting her new memoir "The Princess Diarist." 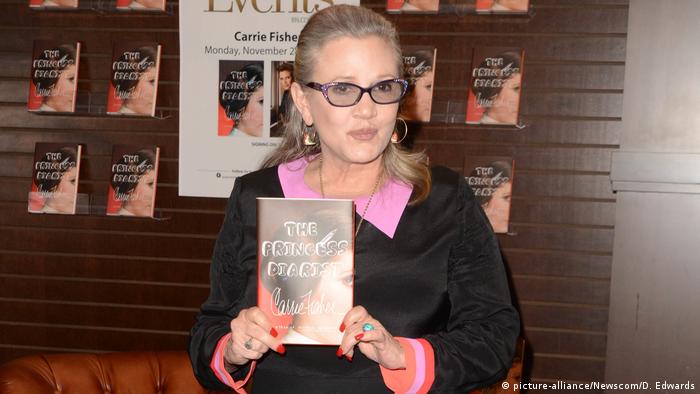 US celebrity media reported on Friday that US actress Carrie Fisher - best-known for her role as the rebel warrior Princess Leia in the original "Star Wars" trilogy - collapsed 15 minutes before the plane landed at LAX airport.

The 60-year-old suffered cardiac arrest and was given cardiopulmonary resuscitation by an emergency services worker on board.

According to the Los Angeles Times, Fisher was rushed to a nearby hospital in a critical condition. 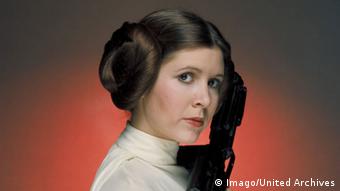 In a statement to AFP news agency, the Los Angeles Fire Department (LAFD) did not refer to the actress by name but confirmed that it had responded to an alert just after midday over "a patient on an inbound flight in cardiac arrest."

United Airlines also issued a statement saying that Flight 935 from London to Los Angeles was met on the ground by medical personnel after the crew reported that a passenger was "unresponsive." The airline did not name the stricken passenger.

Later on Friday afternoon, the actress' brother Todd Fisher told Reuters news agency that she remained in intensive care in a critical condition.

Fisher has been on tour in recent weeks, promoting a new memoir "The Princess Diarist." Known for her searingly honest semi-autobiographical novels, she has given several interviews over the years about her diagnosis of bipolar disorder and addiction to prescription drugs and cocaine, which she admitted using on the set of "The Empire Strikes Back" in 1980.

She has also discussed being treated with electroconvulsive therapy, in which small electric currents are passed through the brain, to trigger brief seizures.

The new generation of "Star Wars" films has kicked off with a gala world premiere in Los Angeles. Many fans had camped out for days in their "Star Wars" costumes to catch a glimpse of their favorite movie heroes. (15.12.2015)

The Star Wars spin-off "Rogue One" hits theaters. The story is set in the famous science fiction universe, but is a stand-alone film which is not part of the sequels. Need more explanations? Here's your guide. (15.12.2016)

The company producing "The Mandalorian" series ditched Carano, who has a history of stirring controversy on social media.