Many musicians suffer from stage fright, but don't admit it for fear of coming across as unprofessional. Some turn to alcohol to combat their fears; others turn to psychologists. 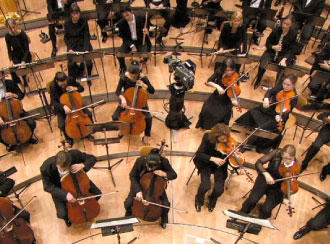 Stage fright is a taboo among musicians

Your bow hand trembles, your heart beats faster and you feel like you're about to have a panic attack. Performing on stage and being closely observed by an audience can lead to high stress levels, knows Dr. Deirdre Mahkorn who treats about 45 musicians in her stage fright clinic at the university hospital in Bonn.

Some of the participants have had to cut performances short because of the stress, while others have not had a negative experience yet but developed an anxiety out of fear that something might happen. Usually it is the musician's expectation that's in the way.

"The expectation of one's own performance is very high. A lot of these patients I see here come from a very competitive family, had very competitive training when they started learning their instrument and when they entered the conservatoire," Mahkorn said. "And people who are competitive tend to be more anxious than others."

She and her colleague launched the program half a year ago, and it's been very well received. The patients come from all over Germany - some even travel to Bonn from the Netherlands. Appointments are carefully scheduled to prevent unintended meetings among patients and protect their anonymity.

Stage fright is still a taboo among musicians and no one wants to step forward and publicly admit receiving treatment.

Negative impact on a musician's career 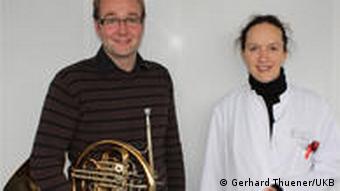 Mahkorn (r.) and her colleague started the clinic in Bonn

Mahkorn estimates that around 50 percent of musicians suffer from stage fright at some point in their careers. She is currently conducting a large-scale survey in German orchestras to find out more about the exact numbers of musicians affected by stage fright. She hopes to have results by spring 2011.

The stage fright clinic in Bonn is not the only facility in Germany treating musicians with anxiety disorders. According to Dr. Claudia Spahn, the head of Freiburg's Institute for Musicians' Medicine which began its operation in 2005, musicians carry the burden of a very competitive profession. In auditions, they compete with hundreds of others for one spot in the orchestra, so that they are forced to show as little weaknesses as possible.

"There is definitely still need for further treatment facilities, the demand hasn't been met yet," she said.

Both Spahn and Mahkorn are also musicians themselves and say their musical background helps them better understand their patients' difficulties.

Some turn to beta blockers or alcohol

Mahkorn says that many of her patients have been trying to deal with their anxiety for years by themselves. Some tried beta blockers which will slow down the heartbeat and get rid of the nervous symptoms, others turned to alcohol. Addiction among musicians is also a taboo in public.

Felix Olschofka, a German-born violin professor at the University of North Texas, regularly talks to his students about stage fright and helps them find healthy ways to tackle it. 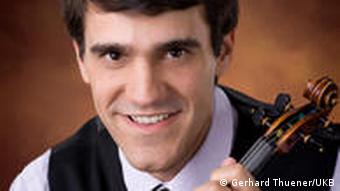 Play as much as possible and have fun, says Olschofka

"The best remedy is to play as much as possible to get used to the stage,” he said, adding that students should always remember to have fun while they perform.

"Because we present ourselves in public, there's always this notion we have to prove ourselves somehow. I say: 'Look, you have to lower your expectations. Of course you want to play as perfect as possible, but we are all human, so we cannot be perfect.'"

Often, musicians rely on small rituals. Olschofka says a colleague of his performs a Japanese tea ceremony before she performs on stage. Other musicians try to relax by practicing yoga, Alexander technique, the Feldenkrais method, or other body awareness programs.

Olschofka, who regularly performs in the US, Europe, South America, and Asia, says he likes to iron his shirt and eat half a banana before his performance - he saves the other half for intermission. Those little rituals help calm nerves in a healthy way; that's what he tells his students, as well.

Live concerts instead of recordings

He also sends them off to listen to live concerts instead of recordings.

But stage fright does not only affect young, upcoming musicians like Olschofka's students. Mahkorn knows of a highly respected first-chair violinist who gets nervous when someone new joins the orchestra, even though it should - theoretically - be the newcomer who has to prove themselves.

"Often people will tell you that things got worse and worse the older they got. And a lot of people say anytime there was a change at the orchestra, if there was a new member playing close to the affected person, they might feel under scrutiny," explained the psychiatrist. "Scrutiny is a very prominent feature in social phobia - feeling watched, feeling negatively assessed."

It's the negative side of stage fright the clinics want to get rid of, but, as Olschofka points out, nerves aren't all bad. "It's good to be nervous to a certain point," he said. "If you are too relaxed, you are not alert anymore."

Stage fright can be embraced as something positive, if it doesn't block the musician or eat away at their passion for music.

As Spahn put it, "Being a musician is not a disease. There is no need to be on permanent medication in order to be able to perform."

Artistic competitions may seem like an oxymoron. But for musicians aiming to be the next Lang Lang, they're the key to a successful career. DW follows young hopefuls as they brave the jury that could decide their future. (10.09.2009)