Six local staffers working for French aid group ACTED have been killed by suspected Taliban gunmen, according to officials. The staffers were working on a government-backed literacy project in the north of the country. 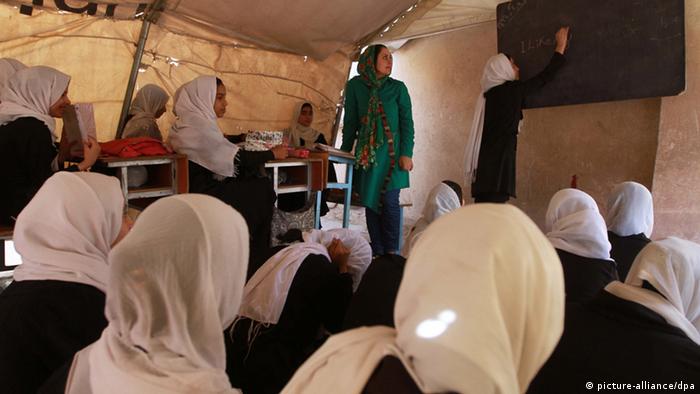 The victims were dragged from their car and shot Wednesday in the Pashtun Kot district of Faryab, which borders Turkmenistan. Provincial police chief Nabi Jan Mullahkhail said the staffers were traveling from the provincial capital of Maimana to Almar district when they were stopped. Seven people were shot in total, but just one survived, according to the Ministry of Rural Rehabilitation.

ACTED (the Agency for Technical Cooperation and Development) condemned the killings and confirmed that six of their staffers had died in the attack.

"Six Afghan employees were killed following an ambush that targeted a team of seven people," ACTED spokesman Adrien Tomarchio said in a statement.

An assembly of Afghan tribal leaders has endorsed a deal to enable some US troops to operate in the country beyond 2014. Experts say the decision is a setback for Pakistan, which was hoping to regain influence in Kabul. (25.11.2013)

"They were killed in the course of their work to support development in the north. We deplore the deaths of our colleagues while they were carrying out their duties," he added. "Today our thoughts are with the families and relatives of our lost colleagues and to our teams in Afghanistan."

The Taliban were not immediately available for comment. Northern Afghanistan is generally more peaceful than the south and east of the country, but insurgents, militias and criminal gangs are active in the area.

ACTED is a Paris-based non-governmental organization founded in 1993 that runs aid projects around the world. According to its website, it had 834 local staff and 13 international staff working in Afghanistan last year. Earlier this year, a French ACTED employee was held hostage for more than two months before being safely released.

The scheduled withdrawal of US troops in Afghanistan by 2014 has raised concern that aid donors will be reluctant to provide funds if the security infrastructure deteriorates.