Economic crisis in Germany is being felt in one of the quieter corners of public life: the stacks. Librarians in Germany are warning that financial crisis and new media are threatening their very existence. 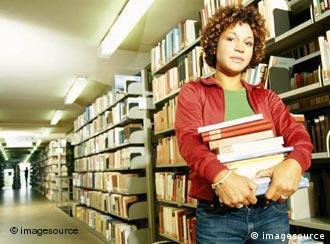 Tax shortfalls are putting the squeeze on German libraries

Local and municipal budget shortfalls could spell bad news for Germany's libraries, officials warned as the 98th German Libriarians' Meeting got underway with some 3,500 partipants.

Some libraries are likely to be shut down if the situation doesn't improve, they said.

"We could imagine that in the next year we'll have a big problem," the head of the German Librarians' Association, Susan Riedel, told dpa news service.

Changing media is a topic

She said some 9,000 libraries, employing 30,000 workers, could use some sort of help from the government.

In addition to the survival chances of Germany's libraries, other topics at the four-day meeting in Erfurt were the consequences of changing media and digitalization, as well as the overall role of the library in a society where data is increasingly available at home. 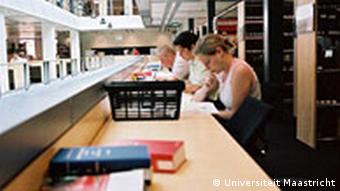 In 2003 and 2004 - when a plunge in tax income hit municipalities hard - 300 libraries were shuttered across the country. Today, Riedel said, the most vulnerable are the small libraries in rural areas.

To stave off closures, the conference is demanding a rescue package from politicians. In contrast to Scandinavian countries, German libraries are optional resources for the government to fund.

That means, "when the budget gets cut, they're the first to be redlined," Riedel told dpa.

"Our costs keep going up, but our budgets do not," Hoff said.

Looking at the bigger picture, the danger is that Germany's status as a country for education and training will be impaired, the meeting's organizers warned.

"In a crisis, we don't only need to invest in the auto industry, but in education - and therefore in libraries," Riedel told dpa.

If some regions become too impoverished in terms of offering literature and information to German citizens, it could have horrible results for education and training, she warned.

Last year, some 76 million euros ($107 million) were available for libraries to buy new titles and new media - an amount that sounds like more than it is, Hoff said.

"For highly specialized publications, publishers are demanding higher prices," which means libraries have to be choosier about what they invest in, he told MDR.

Some 120 million visitors used the libraries, compared with just 20 million who visit all of Germany's theaters, operas and concert halls, the association said.