Squeezing under the rescue umbrella | Europe| News and current affairs from around the continent | DW | 28.06.2012

Squeezing under the rescue umbrella

As more and more countries squeeze under the euro rescue umbrella, it is starting to get crowded. If the crisis worsens, even Rome may need help, but there is still hope for "Bella Italia." 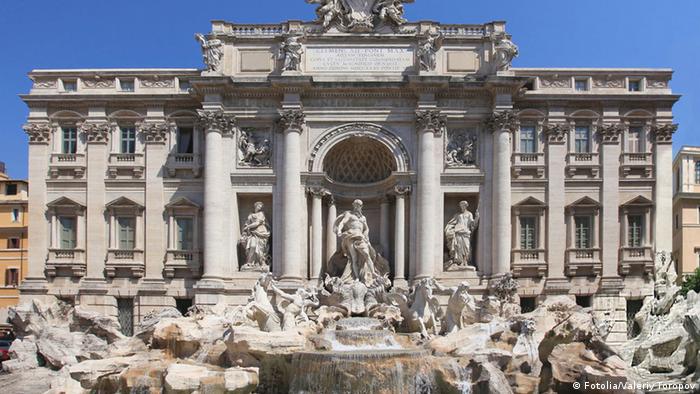 It is no easy job for Mario Monti, Italy's prime minister. The otherwise rather dry economics professor is the country's most important PR manager. There is no event, no speech, no meeting with European colleagues in which the 68-year-old does not have to put on a brave face while playing down the crisis at home. 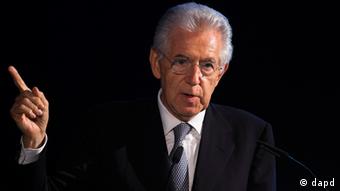 And offense appears to be the best defensive strategy for Monti. He has repeatedly called for a quick and mutual effort with his EU partners to reduce the pressure Italy faces from financial markets.

That means he is also not always on the same course as German Chancellor Angela Merkel, who rejects the creation of Eurobonds so favored by Monti. The differences were again quite apparent a few days ago at the conference of a Brussels economic forum at which Monti demanded from the EU that it accelerate its efforts to stem the crisis.

"It would be terrible if the financial crisis spread, making sustainable budget discipline impossible," Monti warned. "I think that the countries in the EU that have deservedly established a culture of stability - in particular Germany - need to closely and quickly consider this aspect," he added.

This is the language with which Monti applies pressure on the other members of the EU as he tries to shoulder the burden facing Italy. In the last five years, industrial production in the country has declined by 25 percent. The unemployment rate stands at 10 percent and, worse still, one in three of the under-25s is without work. Forecasts from experts for this year predict that economic output will more likely shrink than grow, while Italy's national debt for the first time crossed the threshold of two trillion euros.

The high interest rates Italy has to pay for its existing mountain of debt - and for any new debt - are compounding the problem and further painting Rome into a corner. It even appears that in the foreseeable future Italy could need EU assistance. However, the eurozone's third largest economy is too big to squeeze under Europe's financial umbrella. According to many experts, Italy has already replaced Spain as the eurozone's largest problem.

Able to cope with the crisis? 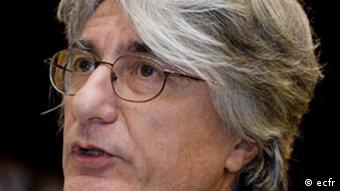 Even so, Monti has stuck to his guns, emphasizing constantly that Italy will not need the EU's rescue fund. His Spanish colleague, Mariano Rajoy, always said the same thing - until he applied for help to rescue his country's banking sector. But Marco de Andreis, from the think tank European Council on Foreign Relations in Rome, is optimistic that Italy will get a handle on the crisis. He points out that Italy "has a large volume of private savings."

Italy, he stresses, also has a strong export sector able to keep up with the international competition to a certain degree. "Italy also has no real estate bubble, like Spain, Ireland and Greece," he said. De Andreis told DW that Italy's economy and infrastructure were essentially healthy and that "despite some problems in banking, the sector is in better shape than in Spain and Greece." 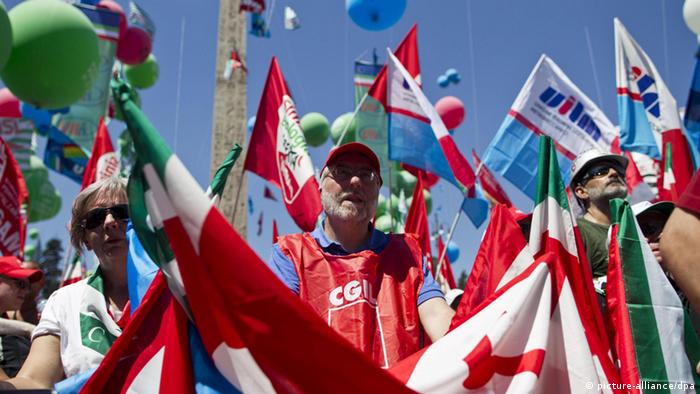 Germanyas a model for reforms

Mario Monti argues that Italy is more disciplined than other crisis countries and that he has already pushed through several reforms. He has increased taxes and raised the retirement age. On Wednesday of this week he survived a fourth and last confidence vote in parliament on controversial reforms to make the labor market more flexible, including easing restrictions on hiring and firing while cutting back on the use of fixed-term contracts.

But that alone will not be enough. De Andreis recommends additional reforms, "similar to those in Germany in 2004 with the so-called Hartz reform for reducing unemployment figures." And he stresses: "I don't think it is up to Germany alone to rescue the eurozone. We need to do our own homework."

A tight spot for Monti 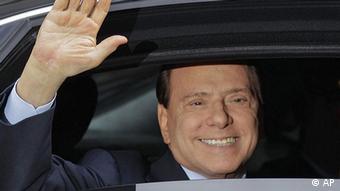 Whether the Italian people will accept more cuts without resistance is open to question. The prime minister is having trouble getting his message through to the public. When he took over the reins of government in Rome at the end of 2011, many Italians and the financial markets breathed a sigh of relief. The turbulent Berlusconi years were over and now there would be some serious policymaking.

Since then, however, more and more people view Monti, with his sober and intellectual rhetoric, as too much of a technocrat. His cost-cutting measures are another source of irritation. Labor unions are raising a storm because they fear mass layoffs. But criticism is also coming from business and industry, which sees higher labor costs on the horizon.

Return of the populists?

It should come as no surprise that Silvio Berlusconi is also back in the news. The former premier and populist has made himself the voice of the discontented and the euroskeptics by raking the EU and its austerity programs over the coals. As a result, Monti is a prisoner caught between austerity measures, recession and populism - not an easy position for anyone.

How the EU's debt firewall will work - hopefully

Eurozone countries want to install a new 700-billion-euro ($875 billion) firewall against the debt crisis in July. Until they do, the European Stability Mechanism is little more than a paper tiger. (28.06.2012)

Unemployment in Germany has again dipped slightly in absolute terms, but market experts warn the marginal drop failed to meet their expectations. The eurozone debt crisis is beginning to take its toll. (28.06.2012)