More and more people are being arrested by both Russia and Ukraine on charges of espionage. The arrests will likely make the forthcoming negotiations for a peaceful settlement of the Ukraine conflict even more difficult. 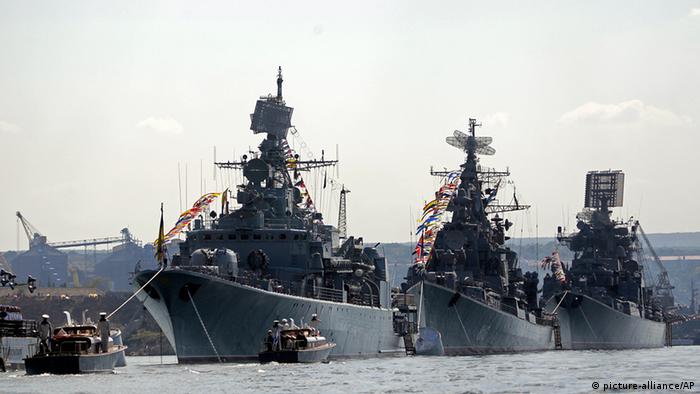 UN member states have approved a resolution condemning Russia's occupation of Crimea and calling for rights monitors to be allowed onto the peninsula. Ukraine says there's been a rise in abuses against local residents. (16.11.2016)

Belgrade claims that "Western and Eastern" intelligence agencies are extremely active in the Balkan nation. What is behind the Serbian government's rhetoric? (31.10.2016)

On Thursday, the Russian domestic intelligence agency, the FSB, reported that one Leonid Parkhomenko had been arrested, accused of spying on the Russian Black Sea fleet for Ukraine.

Russian state television showed pictures of a man in his early fifties being led away by masked men, presumably for interrogation. According to the report, Parkhomenko was a retired officer who had worked at the headquarters of the Russian Black Sea fleet in Sevastopol. He faces up to 20 years imprisonment for treason.

Initial reports from Moscow did not indicate how Parkhomenko himself had responded to the accusations. The Ukrainian defense ministry in Kyiv described the arrest as renewed provocation. "We know nothing about this man," a spokesman there said.

This incident comes just days after the Ukrainian security services arrested two Russian soldiers on the de facto border between the Ukrainian mainland and the Crimean peninsula, which was annexed by Russia in 2014. The two men were said to be former Ukrainian soldiers who had stayed in Crimea after the annexation and were now serving in the Russian army.

According to the Russians, the young men had wanted to pick up certificates in Ukraine as evidence of their education, but were lured into an ambush at one of the crossings. On Wednesday, Russian president, Vladimir Putin, described the arrests as a "perfidious action," while his foreign minister, Sergei Lavrov, called them a provocation. Ukraine, on the other hand, accused the two men of deserting. Following the annexation of Crimea, thousands of Ukrainian soldiers defected to the Russian side. 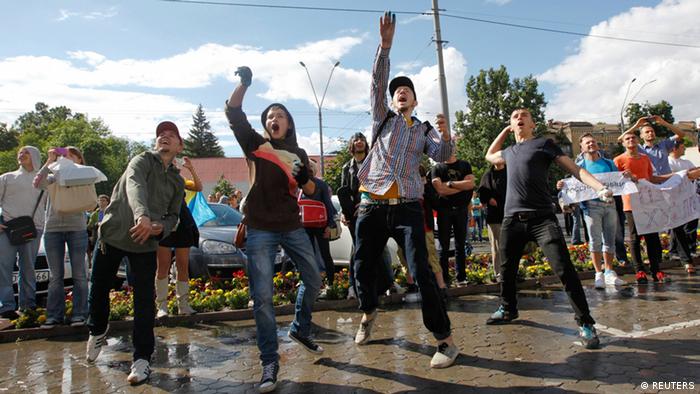 Is Kyiv hoping for an exchange?

This and other cases are suggestive of "tit for tat" behavior. There's speculation in both Russia and Ukraine that Kyiv may be hoping to exchange the Russian soldiers. Over the past two years numerous exchanges have taken place of people in detention: sometimes these were arranged between Russia and Ukraine, and sometimes between Kyiv and the pro-Russian separatists in eastern Ukraine.

Accusations of spying are being made more and more often, especially by the Russians. Just a couple of weeks ago, at the beginning of November, the FSB reported the arrest of three Ukrainians in Crimea who were alleged to have been planning acts of sabotage. A few days later, two more people "from the same group" were arrested. The Ukrainian defense ministry rejects the claim that it had supposedly employed them.

The Ukrainian journalist Roman Sushchenko was arrested unexpectedly in late September. The Paris correspondent of a Ukrainian state news agency, he stands accused of being a Ukrainian military intelligence officer, and of spying in Russia. Both Sushchenko and the Ukrainian government deny the allegations.

The most spectacular case to date was in early August. At that time, the FSB reported that it had prevented terror attacks by the Ukrainian secret services. It said that more than half a dozen men – Russians and Ukrainians – had been detained in Crimea, and at least two of them arrested. An FSB officer was said to have been killed in a skirmish at the de facto border. Consequently, Vladimir Putin cancelled a summit meeting on the Ukraine crisis, within the so-called "Normandy format," that had been due to take place in China in early September on the fringes of the G20 summit. The group did subsequently meet in October, in Berlin.

Another Normandy format meeting is scheduled for next week, in the Belarusian capital, Minsk. The foreign ministers of Germany, France, Ukraine and Russia will discuss a concrete plan for the implementation of the Minsk Protocol aimed at resolving the armed conflict in eastern Ukraine. But the most recent arrests in Crimea will presumably put even greater strain on the already tense relationship between Moscow and Kyiv.