One of Germany's 2014 World Cup winning squad has retired. Meanwhile, FIFA has been joined by the six regional confederations in warning against setting up rival club competitions 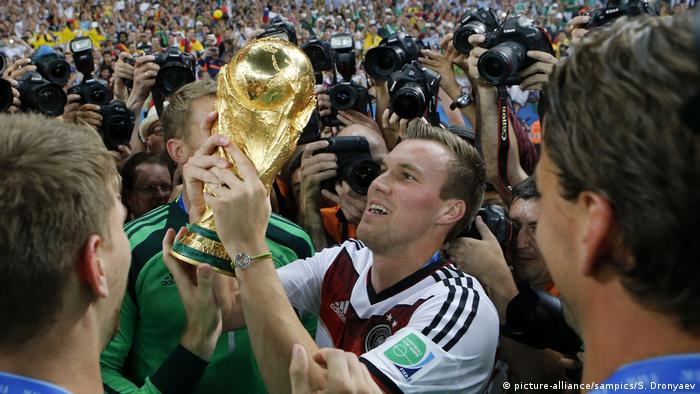 The former Borussia Dortmund player struggled to keep his career going after he left the Bundesliga giant. An unsuccessful move to Turkey was followed by a return to Germany where he never really settled, with his career fizzling out.

His best days came at Dortmund, where he made 176 appearances and twice won the Bundesliga. During that time he also played for Germany and was a member of the 2014 World Cup squad that won it all in Brazil.

As UEFA prepares a final proposal to change the Champions League format in 2024, the governing body of European football, and the five other regional confederations joined the world governing body, FIFA on Thursday in warning clubs against breaking away to start their own competition.

Real Madrid and Barcelona were linked last year with planning a breakaway Super League inviting famous clubs to enter and increase their own wealth. UEFA President Aleksander Ceferin denounced it as a "selfish and egotistical scheme'' after Madrid president Florentino Perez was reportedly seeking financiers to back the project.

UEFA is expected to announce proposals in the coming weeks for modifying its club competitions' entry paths and playing formats.

UFC fighter Conor McGregor has promised to deliver a "masterpiece" upon his return to the Octagon to face Dustin Poirier on Saturday at 'Fight Island', but has hit the headlines for the wrong reason in the build-up.

According to the report by ESPN, a woman is sueing McGregor "for alleged personal injury" in a multi-million dollar lawsuit. Although the details of the incident are not made clear, the claim dates back to 2018 in Dublin, and was filed by the High Court in Ireland this week.

"After an exhaustive investigation conducted by the Gardaí which, in addition to interviews of the plaintiff, included interviewing numerous sources, obtaining witnesses’ statements, examining closed-circuit footage and the cooperation of Conor McGregor, these allegations were categorically rejected," McGregor spokesperson Karen Kessler said in a statement to ESPN.

Golf star Tiger Woods has had another back operation and will skip at least two events, he said online on Tuesday, though he intends to return to the PGA Tour. A 15-time major champion, Woods has long had problems with his back having undergone several previous operations.

The 45-year-old said he had "a microdiscectomy" which was to alleviate nerve pain in his lower back. Woods will not compete in the upcoming Farmers Insurance Open or the Genesis Invitational next month.

An Olympian credited with launching a belated #MeToo awakening in Greece testified Wednesday on her sex abuse case that has encouraged other women to break decades of silence.

"I hope...that other women and people who have experienced sex abuse will come forward, so that our society will be more healthy, and we'll no longer be afraid," two-time Games medallist Sofia Bekatorou told reporters outside the prosecutor's office.

The 43-year-old mother of two said she was 21 when she was subjected to "sexual harassment and abuse" by a senior federation member in his hotel room, shortly after trials for the 2000 Sydney Olympics.

10-year-old sumo star in the making?

Huntelaar back at Schalke

Veteran Dutch striker Klaas-Jan Huntelaar has returned to Schalke from Ajax as the Bundesliga club pull out all the stops to preserve their top-flight status.

"I want to play my part in the club staying up," he said. "Schalke belong in the Bundesliga."

The former Real Madrid and AC Milan man is the second Schalke returnee in the January window after Sead Kolasinac came back on loan from Arsenal. He has agreed a deal to the end of the season with Schalke not disclosing details of the move from Ajax.

Schalke are currently bottom of the table with only one win in their last 31 league matches.

Borussia Mönchengladbach have dropped forward Breel Embolo from the squad for Wednesday's Bundesliga match against Werder Bremen over a possible violation of coronavirus restrictions.

Taking to Instagram, Embolo confirmed reports in the German press that police had taken his data after shutting down a party in Essen. However, he maintained he was not at the bar in questions and was instead at a colleague's apartment close by where he had planned to watch basketball on TV.

"I wasn't part of a party, that is wrong," Embolo said, following it up with: "I shouldn't have been there, it was a mistake."

Minsk on Tuesday said it regretted a "groundless" decision to strip Belarus of its role as co-host of the 2021 ice hockey world championships over a crackdown on opposition protesters.

Belarus had been due to co-host the event with Latvia in May and June, but calls had mounted in recent weeks by the Belarusian opposition and EU member states to move the tournament from Minsk.

The Victoria state health department said a total of nine people have tested positive while in quarantine ahead of the event in Melbourne, but two cases were deemed to be historical infections on Tuesday.

Positive cases on three charter flights have left 72 players confined to their hotel rooms, but health officials said none had yet been cleared to return to training as a result of the cases being reclassified.

Dozens of tennis stars stuck in hotel quarantine ahead of the Australian Open were told Monday they would get no "special treatment" to leave their rooms to train, despite complaints from some players.

The Australian Open is due to start on February 8, but its troubled build-up hit further problems after positive coronavirus cases were detected on three of the 17 charter flights that brought players and staff to Melbourne. Heath authorities said they discovered two more cases linked to the tournament on Monday, bringing the total for the Australian Open cluster to six.

The men's world No. 1 Novak Djokovic, who arrived on a virus-free flight and is being allowed to train in a bio-secure bubble, was among several players to complain about the conditions. The Serbian reportedly sent a list of demands to tournament organizers that included allowing players to move to private homes with tennis courts.

Victoria state Premier Daniel Andrews denied the request, saying: "There's no special treatment here. Because the virus doesn't treat you specially, so neither do we."

Olympic ceremonies to be downsized

Tokyo Olympics organizers said Monday they will slash the number of athletes at the opening and closing ceremonies of this year's Summer Games.

More than 11,000 athletes are expected to compete at the Tokyo Games, but measures aimed at curbing the COVID-19 pandemic are to include limiting the time they can spend in the Olympic Village, meaning not as many as usual will be able to attend the opening and closing festivities.

"In order to ensure the safety and security of the athletes and simplify operations at the Tokyo 2020 Games, we believe it is necessary to reconsider the number of participants at the opening and closing ceremonies and how they will enter the stadium," the organizing committee said in a statement.