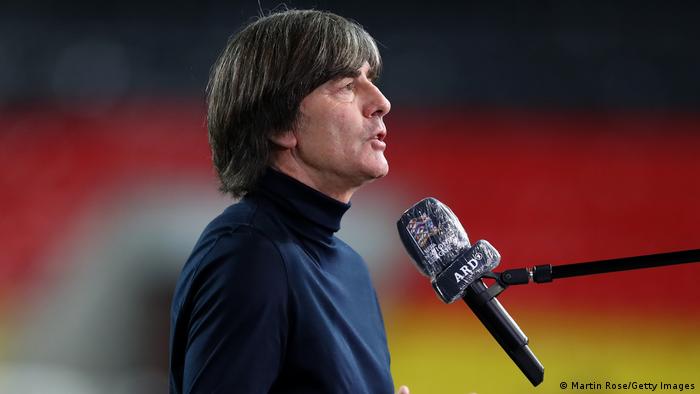 In a press conference organized by the DFB (German FA), who publicly backed Löw last week, Bierhoff said: "The trend and the signs are clear that they are following him [Löw]" before rejecting criticism of the timing of the recent international break.

Löw has come under increasing pressure since Germany's poor showing in World Cup 2018 and Bierhoff also moved to dampen rumors of a rift between Löw and DFB President Fritz Keller. "I know nothing of that," the former Germany striker said.

RB Leipzig remain in contention for the last 16 after Alexander Sorloth's 92nd minute winner, which ensured a 4-3 win over Istanbul Basaksehir and knocked out the team from Turkey.

Leipzig had led 2-0 in Istanbul and seemed to be cruising towards victory, but Basaksehir clawed their way back into the game courtesy of an Irfan Kahveci hat-trick, with the game heading towards a 3-3 draw. But Sorloth's dramatic winner keeps last season's semi-finalists in the mix going into the final round of games, with Leipzig hosting Manchester United on Tuesday.

PSG's 3-1 win in Manchester leaves both teams and Leipzig level on nine points, with Leipzig currently nudged into third given their inferior goal difference.

Athletes will face regular testing, limits on social interactions, and potential punishment for non-compliance at the Tokyo Olympics next year.

Organizers announced the measures after releasing a 54-page report on how they believe the Games will be able to go ahead in July 2021.

"It will be simple rather than festive, but I hope it will be something moving that encourages people through the power of sport," he said.

Athletes will first be screened on arrival and then undergo tests every four to five days during their stay in the Olympic Village.

All athletes must sign up to a code of conduct that includes avoiding speaking loudly, avoiding physical contact with others and wearing masks when not training or competing.

Having already sealed top spot in Group A, Bayern Munich rested their stars in Madrid. Against Atletico though, Hansi Flick's youngsters were saved by a late penalty from super sub Thomas Müller. While Bayern will have been happy to avoid defeat, the 1-1 draw brought an end to their 15-game Champions League winning streak.

Playing with a different tactical approach and with the likes of Alexander Nübel in goal and 17-year-old defender Bright Arrey-Mbi making his debut, this was very much a different Bayern.

Joao Felix smashed in a near-post cross to take advantage of a napping Niklas Süle, and for a long time it looked like that goal might be the difference. Jamal Musiala showed flashes of his quality but Bayern barely posed an attacking threat. Then Müller came off the bench, was fouled by Felipe in the box and beat Jan Oblak to rescue a Bayern a point.

Germany to stick with Löw

The German Football Association (DFB) has confirmed that Joachim Löw will remain in charge of the German national team, at least until the European Championships in 2021.

After a 6-0 humiliation at the hands of Spain ended Germany's hopes of reaching the Nations League final four, and with approval ratings among German football fans plummeting, there had been speculation that Löw's job was under threat. At a meeting in Frankfurt on Monday, the DFB once again expressed its "unconditional" support for the 2014 World Cup winning coach.

"For everybody — the players, the coach, the DFB, the fans and the general public — the 6-0 against Spain was a disappointment," the DFB said in a statement. "But a single game cannot and will not be the benchmark for the fundamental performance of the national team and of the head coach."

The statement said that the "high quality work of the coaching staff," the "relationship between coach and players" and a "clear concept" for how to proceed were key factors in the DFB expressing its support for Löw.

It also added that several key aims had already been achieved, despite the defeat to Spain, including: qualification for the European Championships, avoiding relegation from League A in the Nations League and the assignment to pot one for the World Cup 2022 group stage draw.

Tests in Tokyo with fan decision to come

Days after IOC chief Thomas Bach said he was "very confident" the postponed Tokyo Olympics will go ahead with fans, deputy executive director of the Games Operations Bureau, Yasuo Mori, echoed the sentiment.

"We are... thinking about what kind of Tokyo 2020 Games we are going to have in terms of spectators," Mori told reporters, adding that government policy on the matter "will probably be decided in the spring."

Mori was speaking as the 18 remaining test events, which serve as dress rehearsals for each sport, began.  Fans and foreign athletes will be allowed at some of the test events, which will also be used to assess anti-coronavirus measures and contingency plans.

Hansi Flick and Jürgen Klopp have been nominated in the Best Coach category for the FIFA Best Awards, while Manuel Neuer and Marc-andre ter Stegen are among the five nominees for best goalkeeper.

While no German player is nominated for the top award of FIFA's Best Player, Bayern Munich striker Robert Lewandowski is among the favorites to scoop that prize, along with former Bayern midfielder Thiago Alcantara, who was another key figure in Bayern's Champions League triumph in August. There is a German player nominated for the top women's prize, however, with Dzsenifer Marozsan on the 11-player shortlist.

The winners will be announced on December 17.

Joachim Löw future to be decided on December 4 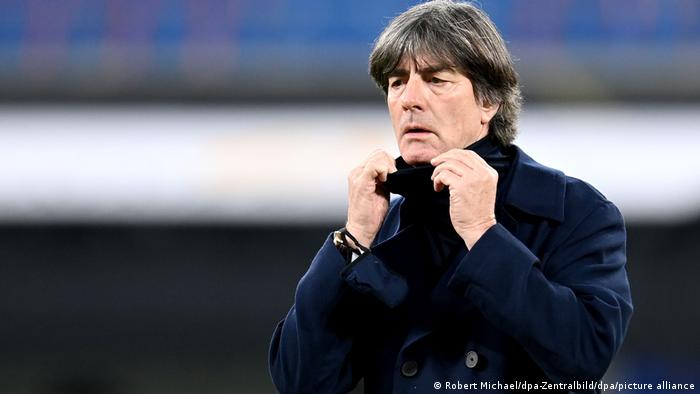 Joachim Löw's position as Germany coach is under scrutiny

The DFB will meet on December 4 to decide the future of Germany coach Joachim Löw, who is under pressure following a dismal 6-0 Nations League defeat by Spain last week.

Löw, who is currently on a retreat in Freiburg at the advice of the DFB, will be given the chance to make a defense of his position to the executive committee, which includes director of national teams Oliver Bierhoff. The committee will hear from Bierhoff before deciding on Löw's future.

The Gunners and Leeds have now both released official statements addressing the "vile abuse” and vowing to work with the authorities to ensure the perpetrators are swiftly identified and punished.

Jean-Bart abuse investigation to be reopened

The prosecutor responsible for the criminal investigation into the former president of the Haitian football federation, Yves "Dadou" Jean-Bart, has said the case against him is set to be reopened, just days after it was dropped by a judge because of a "lack of evidence."

Edler Guillaume said the judge who was overseeing the case had "botched" the original investigation. "We reviewed the dismissal order issued by the investigating judge and I think he rushed his work," Guillaume told the journalist Pierre Richard Midy. "I don't think the job was well done. I am not satisfied with the results. Therefore, I've appealed for the investigation to be entrusted to a different judge."

Last Friday, world football's governing body, FIFA, banned Jean-Bart from football for life after its ethics committee found him guilty of sexually abusing young female players, including minors. In a rare move following FIFA's decision, the US embassy in Haiti criticized the outcome of the criminal case, expressing "regret" that the investigation had failed to bring any charges.

Read more on this story here.

The head of African football, Ahmad Ahmad, has been handed a five-year ban from football by FIFA following an ethics investigation by world football's governing body.

Fresh from cementing his status as one of the greatest F1 drivers of all time, reports suggest that Lewis Hamilton is set to receive a knighthood in the Queen’s New Years’ Honors list.

Hamilton has been honored in the past, receiving an MBE in 2008 after winning his first title, but would become the fourth F1 driver to be knighted after Stirling Moss, Jack Brabham and Jackie Stewart if reports are true.

Talking to The Guardian, former F1 champion Damon Hill said the knighthood would “be seen as recognition of not just his driving but also as a black driver that has bust another door open for anyone who is not white. He has destroyed the preconception that it can’t be done, that there is an area where you cannot achieve something because of the colour of your skin. He has totally destroyed that notion.”

Leeds United have marked their return to the Premier League by signing a partnership with Roc Nation, the entertainment agency founded by rapper Jay-Z.

The leading music and sports agency, who represent superstars such as Rihanna, Jerome Boateng and Kevin de Bruyne, aims to to "support the growth of the Leeds United brand in key markets of the USA and Asia."