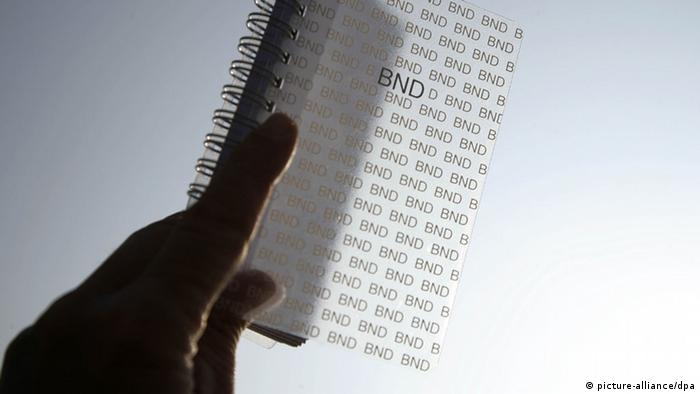 Spiegel claims made on Saturday added to German media reports on Friday that the BND had previously intercepted at least one call made by Hillary Clinton a year earlier, when she was the top American diplomat as Kerry's predecessor.

That information was passed on to Washington by a BND employee who was allegedly spying for the United States. Germany arrested the BND clerk in July.

The magazine on Saturday said Clinton had been telephoning at the time with the then UN Secretary-General Kofi Annan. Spiegel said German authorities had denied that the eavesdropping had been systematic -- in contrast to last year's disclosures on mass surveillance by the US' National Security Agency (NSA).

There were no initial comments from the BND and the government of Chancellor Angela Merkel on Saturday.

Reacting to the magazine's claims, the opposition Greens demanded that Merkel explain when her cabinet got word of such activities.

"It is incredible that after one year of intense discussion about the NSA affair we learn for the first time that our own intelligence agency has been actively spying on allied nations," Greens co-leader Simone Peter told the Welt am Sonntag newspaper

Der Spiegel said the conversations of the three senior diplomats were recorded accidently as "by-catch" by the BND as part of its intelligence-gathering focus on NATO partner Turkey via Middle East networks.

Turkey was picked for observation in 2009 as part of the Gerrman government's procedure of choosing profiling targets every four years, said Spiegel.

Last October Berlin ticked off Washington after disclosures made by US whistleblower Edward Snowden that US intelligence had eavesdropped on Chancellor Angela Merkel's mobile phone and ordinary citizens' communications.

In July, Germany ordered the Berlin CIA station chief to leave the country.

The deputy leader of the opposition Left party's group in Germany's Bundestag parliament, Jan Korte, told the German business newspaper Handelsblatt Online on Saturday that the BND had "quite clearly" become a state-in-state operator.

"We are demanding a prompt and thorough clarification of the matter, not only in parliament's intelligence service committee but also in the interior committee," Korte said.