Speculation over Uzbekistan′s future amid president′s illness | World | Breaking news and perspectives from around the globe | DW | 29.08.2016

Islam Karimov has ruled Uzbekistan for more than 25 years. His power there is greater than that of Putin in Russia. Reports the authoritarian president is seriously ill have raised questions about the country's future. 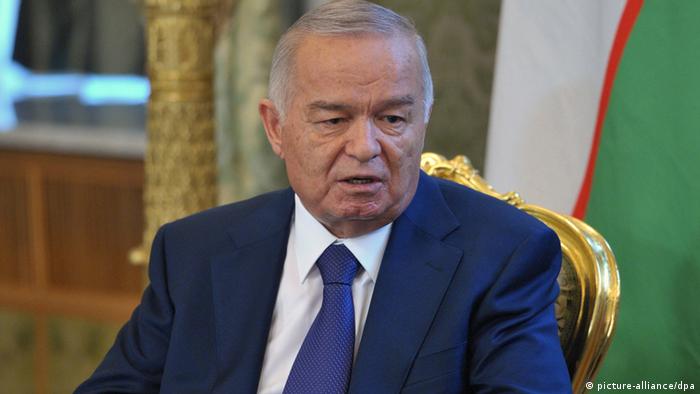 On Thursday, Uzbekistan celebrates an important anniversary: 25 years since the Central Asian republic declared independence from the Soviet Union. However, its president, Islam Karimov, is likely to miss this year's Independence Day celebration. A terse government statement issued on Sunday announced that he was ill and was being treated in hospital. At first there was no indication of what his illness might be, though some foreign media reported that the president had had a stroke at the weekend. This was confirmed on Monday by his younger daughter, Lola Karimova, who wrote on social media that her father had had a cerebral hemorrhage and was in intensive care, but that his condition was stable.

Normally in Uzbekistan, very little information about the health of the 78-year-old head of state reaches the outside world. Official confirmation that he is in hospital is therefore unusual, and observers see it as a sign that the situation is serious. A power struggle may be on the cards in Uzbekistan, a Muslim country rich in natural resources, with a population of around 31 million. 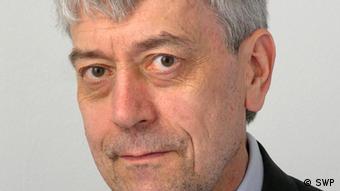 Uwe Halbach of the German Institute for International and Security Affairs

Karimov has ruled Uzbekistan since 1989, when he was still the head of the regional Communist Party. The only president the country has had since independence, he was last re-elected in March 2015 with over 90 percent of the vote. International observers were critical, saying that there had been no genuine competition.

"He is the presidential autocrat par excellence in the post-Soviet region," says Uwe Halbach from the German Institute for International and Security Affairs (SWP). In Uzbekistan there are no counterpoints, no supervisory bodies, no opposition, he says: it has "a far-reaching presidential authority even more pronounced than Russia's."

Yet the question of a possible successor is completely open, and experts like Halbach warn that there may be "domestic political turbulence." It is important, he says, whether this question is answered in an entirely unregulated way, or whether there is in fact some kind of regulation invisible to outsiders. In some media outlets, especially foreign ones, speculation is now ongoing as to what the consequences of Karimov's illness might be.

If the president should no longer be able to hold office, Halbach, for one, does not believe there will be a dynastic successor, as in Azerbaijan. The president's elder daughter, Gulnara, has fallen out of favor over controversial business deals and alleged claims to power. In the worst-case scenario, Halbach is more inclined to believe that a successor may be found among the Uzbek head of state's close political circle. He named the current prime minister, Shavkat Mirziyoyev, as a potential candidate.

Russia and China the most influential players

After gaining its independence from the Soviet Union, Karimov's Uzbekistan, like many former Soviet republics, pursued a seesaw policy between East and West. "Karimov's foreign policy has been one of neutrality," says Halbach. This, he says, also applied to regional organizations promoted by Russia. Thus Uzbekistan left the Collective Security Treaty Organization (CSTO) in 2012. Moscow did not succeed in tempting Tashkent to join the Eurasian economic union of former Soviet republics.

However, observers believe that Russian influence has grown stronger of late. Karimov traveled to Moscow in April, where he met President Putin. Uzbekistan is still a member of the Shanghai Cooperation Organization (SCO), of which it is currently the chair - the SCO summit was held in June in Tashkent. In this alliance, Russia and China call the shots. Both countries are the most-powerful foreign players in Uzbekistan right now, says Halbach. In June, Karimov inaugurated a railway line from the heart of Uzbekistan to the strategically important Fergana Valley: It was built with the help of Chinese companies. 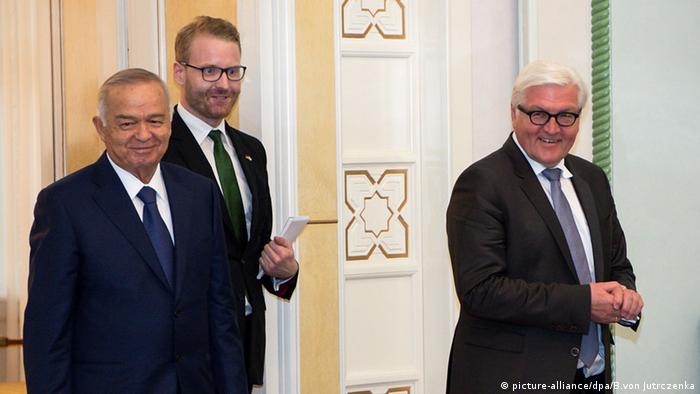 US armored vehicles for the war on terror

The West, meanwhile, seems less interested in the region. Germany stopped operating the Termez airbase in December 2015, which it used for years to supply troops in neighboring Afghanistan. The United States ended its official military presence in Uzbekistan some ten years ago, following the riots in the city of Andijan in 2005. More than 180 people were killed when the protests were suppressed by government troops.

Yet it seems that Washington doesn't want to lose all of its influence there. Last year the US supplied Uzbekistan with more than 300 armored vehicles, which were supposed to be deployed in the fight against terrorism. An "Islamic Movement of Uzbekistan" has sworn allegiance to the terrorist militia that calls itself "Islamic State," and is operating from inside Afghanistan. One of its aims is to overthrow the Uzbek regime. But Halbachs estimates that the Islamists have little influence in Uzbekistan, saying that Karimov has eliminated most of them.

The exotic taste of Central Asia and the Caucasus is nothing new in Moscow. But with the current import ban on western foods, many Russians are now rediscovering their own cuisine. One of them is the Uzbeck cuisine. (13.04.2016)