Speculation over US girls stopped in Frankfurt

The FBI has confirmed that three US teenagers were detained in Frankfurt over the weekend amid speculation they were on their way to join the "IS" campaign in the Middle East. 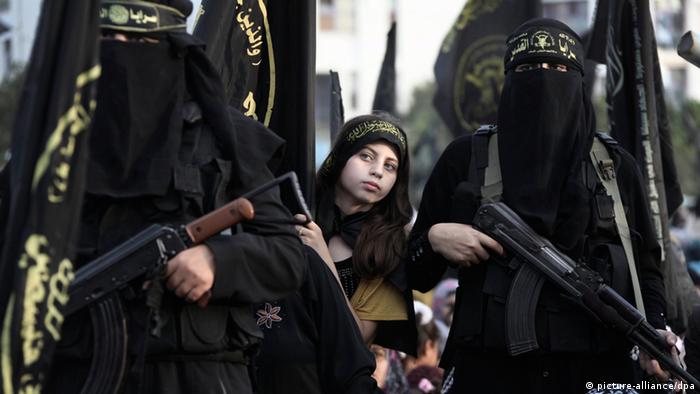 Three girls were stopped over the weekend at Frankfurt International Airport and sent home to their families in Denver, Colorado, a spokeswoman for the Federal Bureau of Investigation (FBI) said.

Two of the girls were sisters of Somali descent aged 15 and 17, and the third was a 16-year-old from another family with Sudanese origins, according to the daily Denver Post.

Upon return, when asked by a Denver sheriff deputy why they had travelled to Europe, the two sisters said "family," without elaborating. According to a Voice of America report, one of the sisters told German authorities in Frankfurt they were heading to "Turkey to study."

The Somali family told the Denver Post that the girls had bought their own tickets, but did not answer media speculation that they planned to travel through Turkey to join "Islamic State" (IS) fighters in northern Syria.

Turkey is seen as a transit point for people joining jihadist groups in the Middle East, most notably northern Syria.

Although the intentions of the three girls have not been confirmed, they mirror those of two Austrian teenage girls who travelled through Turkey earlier this year to join IS militants.

Samra, 17, and Sabina, 15, have been dubbed by German and Austrian media as "poster children" for young people leaving Europe to take part in jihad, the Muslim "holy war."

The two teenagers left their homes together in early April, leaving only a note behind: "We're going to Syria to fight for Islam. Don't search for us. We will serve Allah and die for Him."

According to Austrian media, both girls have been forced into marriage, are pregnant, and wish to return home.

A recent report published by the International Center for the Study of Radicalization at King's College London has pointed out that some 12,000 foreign helpers from over 70 nations have joined IS ranks in Syria and Iraq.

According to the German government, several hundred nationals have joined the jihadist movement, though oftentimes the path to radicalization isn't always based on violent intentions.

Florian Endres, of Berlin's Federal Office for Migration and Refugees, told DW: "A search for meaning or a life crisis often make fertile ground for radical Islamist ideologies … For some people it can then be a form of self-discovery or self-affirmation," he added.

ICYMI: Feel-good stories from around the world 2h ago