The fifth tallest skyscraper in the world opens on Monday in the South Korean capital Seoul. The Lotte World Tower with its 123 floors in the southern district of Jamsil stands 555 meters (1,819 ft.) tall. 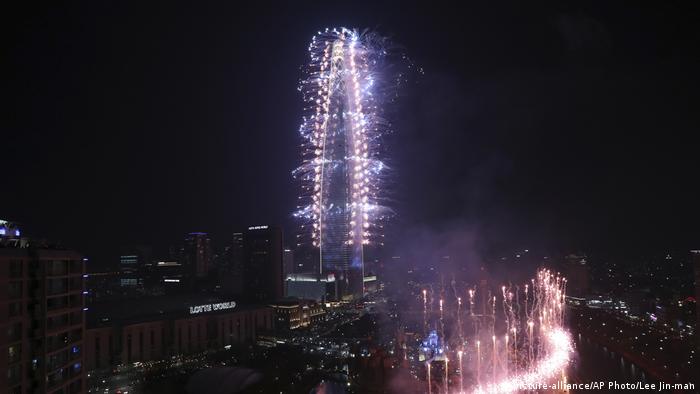 The opening was marked on Sunday by a great fireworks display. The Korea Times reported that for eleven minutes 30,000 fireworks lit up the night sky to celebrate the completion of the Lotte World Tower.

The tower, with its area of 505,300 square meters of luxury residences, office space and shops, was designed by the American architect firm Kohn Pedersen Fox.  On their webpage the said that their "design melds a modern aesthetic with forms inspired by the historic Korean arts of ceramics, porcelain, and calligraphy." The tower boasts the world's highest glass-bottomed observation deck and the world's fastest elevator - taking visitors to the top in just one minute. And on the 85th floor, it also claims to have the world's highest swimming pool in a building. 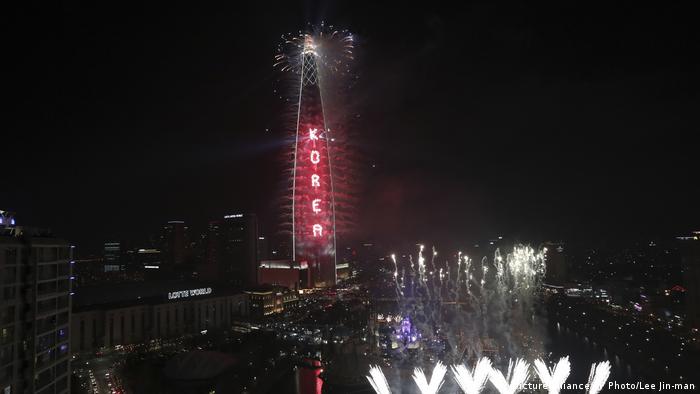