Hours after making a request to finance ministers to receive funds from the European Stability Mechanism to prop up its banking sector, Spain has gotten approval. The money is expected next week. 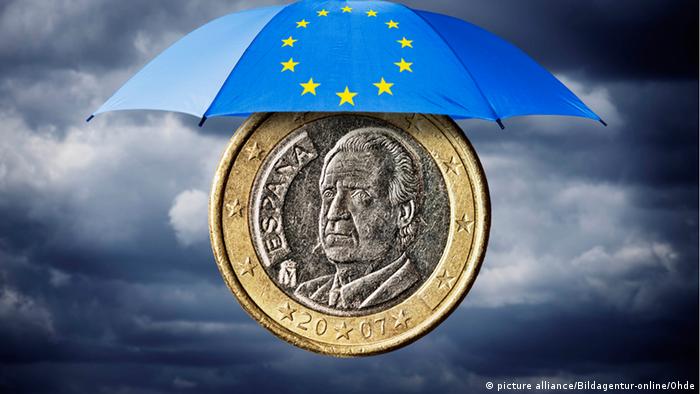 Eurozone finance ministers meeting in Brussels on Monday agreed to provide Spanish banks with 39.5 billion euros ($51.6 billion) from the ESM after Madrid's formal request arrived earlier in the day.

The EU summit on the bloc's common budget is expected to be a tough round of negotiations on how to best spend trillions of euros. What's clear is that agricultural subsidies remain the largest benefactors of EU money. (21.11.2012)

Spain's banking sector has been in dire straits ever since a housing bubble collapse in 2008 left it swimming in bad credit. Four of the country's biggest banks were nationalized with help from previous installments of international bailout money.

Bankia, Novagalicia, CatalunyaCaixa and Banco de Valencia are to share 37 billion euros of the newly approved money, with 2.5 billion euros going to Spain's worse-off Sareb, which was established to buy up toxic real estate assets to remove them from other institutions' books.

"The disbursement will be made in mid-next week," eurozone president Jean-Claude Juncker said on Monday. "The implementation of the program is well on track."

The money approved in Brussels on Monday is just the first installment of a 100-billion-euro package designed to prop up Spain's ailing banks that was agreed to in July. In exchange, the banks are expected to embark on a strict program of austerity, which will likely include reductions in the number of employees.

Russia has annexed large swathes of southern and eastern Ukraine, changing the lives of millions of people overnight. Will they accept the status quo, or resist?