Spain Wages War on Machismo Attitudes | Europe | News and current affairs from around the continent | DW | 13.07.2008

Spain's new equality minister has suggested helplines for men and feminine versions of words to deal with century-old gender inequality in the country. While some deride her, others say she's on to something. 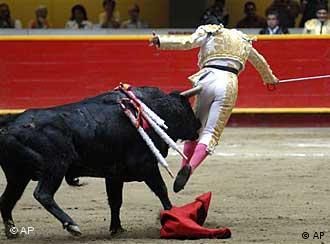 It's not the best of times for Spanish machos

The defense of women's rights is undoubtedly a praiseworthy government policy, but just how far should it go?

The question is under debate in Spain, where the country's first equality ministry has launched initiatives that have earned 31-year-old Bibiana Aido -- the youngest minister in Spanish history -- more sneers than cheers so far.

Not only did Aido announce a telephone hotline to help men adapt to a "new model of masculinity" and wife batterers to "channel their aggressivity" before resorting to violence. 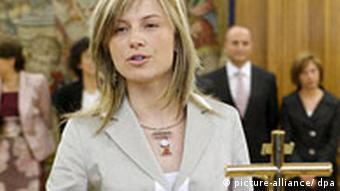 Aido's ideas are met with a lot of resistance

She went as far as tackling the structures of the Spanish language, proposing that the masculine-gendered word "miembro" (member) be given a feminine equivalent, "miembra."

Academic guardians of the Spanish language accused Aido of not even knowing grammar, but Prime Minister Jose Luis Rodriguez Zapatero stood by his minister.

"All fields are appropriate for waging the battle in favor of equality," said Zapatero, who wants his Socialist government to play a ground-breaking role in promoting women's rights worldwide.

During his first term as prime minister, Zapatero pushed through reforms including electoral parity, measures towards increasing female representation on company boards of directors, and strong legislation against domestic violence. 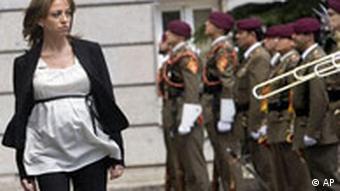 After winning a second term in March, Zapatero went even further, appointing Spain's first female-dominated cabinet and irritating conservative army officers by giving the defense portfolio to Carme Chacon, who was in her seventh month of pregnancy at the time.

The appointment of young Aido to head an Equality Ministry with a small budget and unclear profile raised even more eyebrows.

A "telephone for men" initially planned for wife batterers will also help other men "solve their doubts, because many of them feel lost" as the "patriarchal system" begins to crumble, Aido explained.

Men will be able to call the hotline to discuss issues such as relationships, divorce, and fatherhood.

Some feminist groups welcomed the "good initiative," while the conservative opposition People's Party (PP) lambasted the idea that violent men could be dissuaded by a telephone line as "almost ridiculous."

Aido elicited even more sneers and jokes and when addressing a parliamentary commission with the words "miembros y miembras." 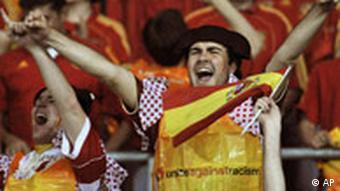 Masculine-gendered "miembro" refers to members of a group, men or women, while the feminine-sounding word "miembra" does not exist -- at least not yet.

Renowned authors slammed "miembra" as a "stupidity" and as an example of "savage feminism," but feminist linguists sympathized with Aido's attempts to wage the battle of equality on the deepest level -- that of language.

The Spanish language was forged over millennia of male domination over women, the daily El Pais pointed out. The word "hombre" (man) can be used as a synonym for "human being," to mention just one among countless examples.

The advance of "a" 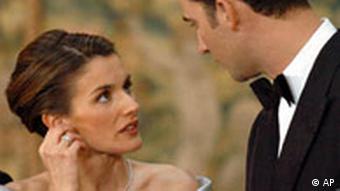 As women have increasingly entered the workforce, language has become slightly more equalitarian, with words such as "ministra" (female minister), "abogada" (female lawyer) or

Language could not be transformed through government orders, but it would spontaneously change to reflect new realities, commentators said.

"Language is created every day, and some words triumph, while others do not," philologist Pilar Careaga said.

Undeterred by her critics, Aido has now launched a new campaign against domestic violence with the idea that real men are not violent.

And despite the PP's contempt for the activities of the Equality Ministry, party leader Mariano Rajoy recently appointed young women to top party posts, conscious that female votes contributed to Zapatero's election victory.

Germany on Tuesday marks the 50th anniversary of a law enshrining equality of the sexes. But DW's Ulrike Mast-Kirschning says despite some successes, real gender equality still remains a dream. (01.07.2008)