Spain returns to the polls to break political deadlock | Europe| News and current affairs from around the continent | DW | 10.11.2019

Spain returns to the polls to break political deadlock

The Spanish are headed to vote for the fourth time in as many years. There's little indication this election will put an end to the country's gridlock, especially as even more parties are expected to win seats. Miguel Angel Goni is fighting for a better future. The 30-year-old has been campaigning relentlessly over the past few weeks for the social democratic PSOE party, which is predicted to come first in this Sunday's election.

"I think the PSOE really is the only possible option for us young people — it stands for a fight against climate change and in favor of workers' rights and gender equality," he said as he handed out flyers together with a group of other young Socialists in the Madrid neighborhood of Arguelles.

Being center-left is a tradition in Goni's family. He joined the PSOE youth branch eight years ago. But he thinks this election will be more crucial than ever. "If the center-right PP were to overtake us from their current second position and come first, they would certainly join forces with the far-right Vox and that would lead to a regression in our rights," he warned.

"We need to get as high a share as possible so that we have a stable margin to govern," he added.

But that won't be easy — especially since judges recently sentenced several Catalan separatist leaders to years-long prison terms, prompting violent clashes between independence supporters and police in Catalonia. The PSOE had taken a relatively conciliatory approach toward independence supporters so as to not scare off voters in Catalonia, where the party regularly does well in general elections.

However, the PSOE's soft stance hasn't gone down well in other parts of the country. The party is now forecast to win even fewer seats than in the last round of voting in April this year. That's certainly not what interim Prime Minister Pedro Sanchez had in mind when he called a snap election a few weeks ago, after failing to form a government with the leftwing alliance Unidas Podemos.

Madrid-based political analyst Paola Cannata Molero thinks Sanchez's decision may also have made matters worse. "None of the parties will win an absolute majority, and they will again have to try to form a coalition. But that looks even less likely than before; our politicians are talking to each other as if they were enemies," she said.

What's more, Spain's parliament is likely to become even more fragmented with additional small parties, such as the newly founded far-left Mas Pais, expected to win seats for the first time. 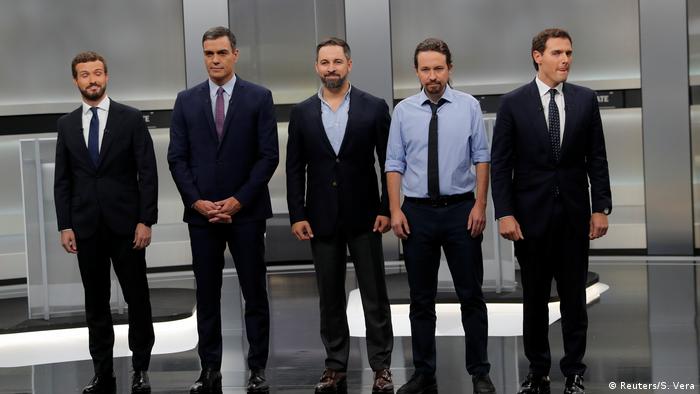 There are more optimistic voices though. "I think our politicians have learned the lesson," said Valencia-based political analyst Carles Torrijos. "The market-liberal party Ciudadanos, for example, has been softening their stance, and I think they would abstain when parliament votes on the next Socialist government" rather than voting against it, he explained.

"But Ciudadanos won't be able to be kingmaker on their own, and Unidas Podemos will also have to give in — otherwise, Sanchez just won't get the necessary numbers," he added.

Ciudadanos is expected to lose two-thirds of their seats, a number of which are likely to go to Vox, which has been winning over voters with its tough stance on Catalonia. Several polls predict the party will take Ciudadanos' place as the third biggest force in parliament, up from fifth.

'A party that speaks its mind'

Luis Felipe Ulecia thinks that's more than deserved. He founded Vox's youth branch last year. "People are right to trust us. Forty years ago, we handed Catalonia over to the enemies of the nation and we now need to send all our available police to suffocate this revolt, get the upper hand again and suspend the region's status of autonomy," he said, as he distributed flyers outside the ICADE School of Law, just hundreds of meters away from his Socialist counterparts. 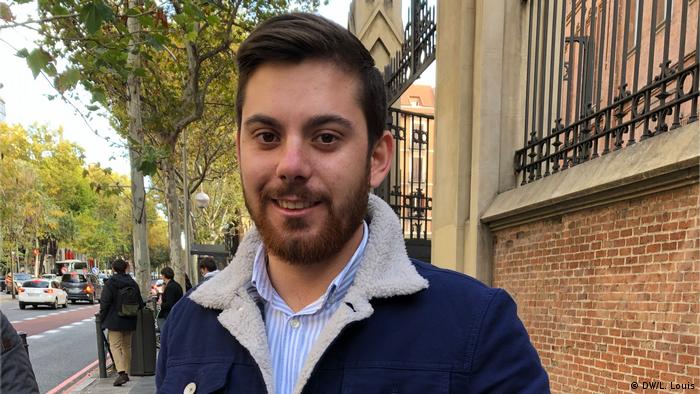 The 24-year- old thinks Vox is what the country needs — not just in Catalonia. "There's finally a party that speaks its mind without fear and gives us the right to be proud to be Spanish again," he said. "Vox defends a strong central state that will bring prosperity to our country and doesn't submit to this false feminism. It's pro-life and advocates for a strong family."

Ulecia is convinced that Vox's stance will one day get its leader Santiago Abascal elected prime minister.

But Goni is determined to prevent that. This time around, he is banking on the roughly one third of voters who still haven't made up their mind — and on Spanish politicians' "common sense," as he calls it. 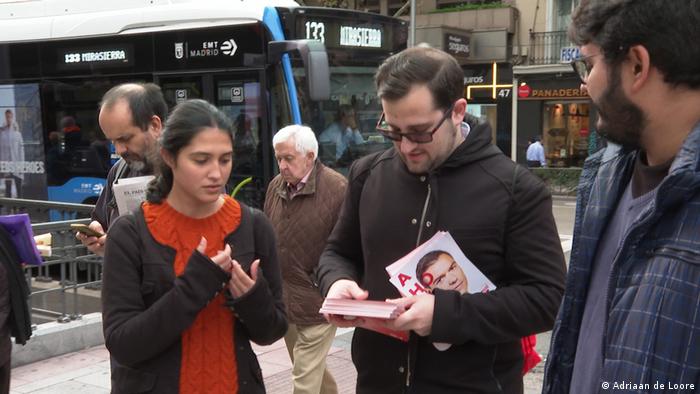 "I think that everybody has by now understood that we need to put an end to this status of limbo," he said. "So, if indeed no coalition can be formed, other parties should take responsibility and silently support the party with the highest share of the vote to let it form a minority government."

Many Spaniards could come around to that option as a last resort. If there's one thing that everybody in Spain seems to agree on nowadays, it is that the country doesn't need yet another general election anytime soon.

The exhumation of Spanish dictator Francisco Franco from the Valley of the Fallen is far from uncontested. But his tomb was a symbol of anti-democracy that should have long ago been removed, says DW's Cristina Burack. (24.10.2019)