State media in South Sudan has announced that President Salva Kiir fired all his ministers and deputy ministers, along with Vice President Riek Machar Teny. No reason was provided for the complete cabinet reshuffle. 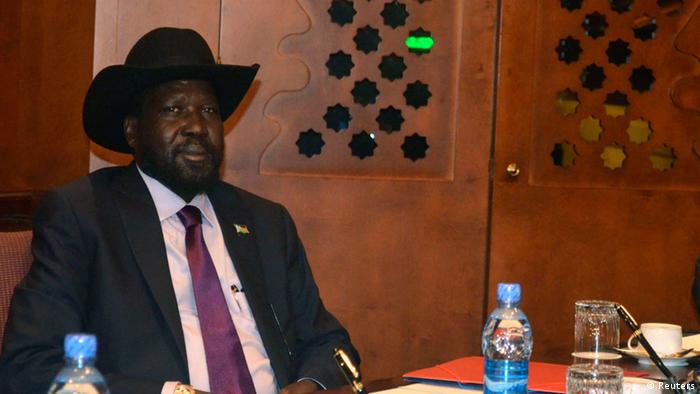 State television on Tuesday evening broadcast a presidential decree from Salva Kiir, saying he had dismissed all of his cabinet ministers, including his vice president, and ordered an investigation into the secretary general of his ruling SPLM party.

The decree provided no reasons for the complete dismissal of the South Sudanese government.

"President Kiir wants to make a major reshuffle, so from the vice president downwards, all national ministers and deputy ministers have been removed," Benjamin said.

Over 200 people have been wounded in ongoing ethnic violence between Lou Nuer and Murle tribes over the past one week. The two tribes have constantly fought over cattle and land dating back to colonial times. (15.07.2013)

Security forces were deployed on the streets of the capital Juba, but there were no immediate reports of any unrest.

"Why should there be instability? This is a constitutional problem… he [Kiir] is the head of the government," Benjamin told AFP. "It is his constitutional mandate to form and dissolve a government."

As clear as mud

No replacements were announced on Tuesday and there was no information on whether current ministers might return to their old roles, or to new ones. Benjamin said he believed that some of the previous ministers would be included in South Sudan's new cabinet.

Two-year-old South Sudan gained formal independence from Sudan on July 9, 2011. A referendum on independence, overwhelmingly approved by the South Sudanese people, was one of the conditions for a prior peace accord that helped stop five decades of conflict between rebels and successive governments in Khartoum.

The country is one of the poorest on earth, rich in oil but lacking even the infrastructure to export it without help from neighboring Sudan.

Kiir's decree also said the president had suspended Pagan Amun, the secretary general of the ruling SPLM party, and launched an investigation against him, without naming further details. Amun was perhaps best known as South Sudan's top negotiator in tricky peace and cooperation talks with the Sudanese government.