The South Pole has been getting warmer at more than three times the normal global rate, according to a new study. Research shows the changes are linked to natural weather variations as well as human behavior. 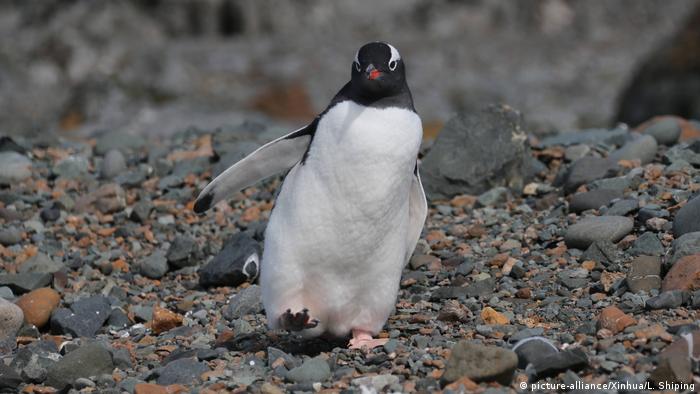 Researchers studying temperature patterns in the South Pole found that the temperature there had risen by some 1.8 degrees Celsius in the past three decades.

The team from New Zealand's Victoria University said the rate of warming at the pole was three times the average across the rest of the Earth's surface.

In their study published in the Nature Climate Change scientific journal, scientists said warmer sea surface temperatures in the tropics appeared to have encouraged warm, moist air to travel further into Antarctica than would have been previously the case.

The data showed that the South Pole — the most remote spot on Earth — was now warming at a rate of around 0.6 degrees a decade, compared with around 0.2 degrees for the rest of the planet.

The team said the research debunked a general scientific consensus that the remoteness and extreme coldness of the South Pole — compared with the rest of Antarctica — meant that it was immune to warming.

"While temperatures were known to be warming across West Antarctica and the Antarctic Peninsula during the 20th century, the South Pole was cooling," said lead scientist Kyle Clem.

"It was suspected that this part of Antarctica... might be immune to or isolated from warming. We found this is not the case anymore," he told the AFP news agency.

The increase in temperature was said to partly result from a "strong cyclonic activity" in Antarctica's Weddell Sea that was caused by higher sea surface temperatures in the western tropical Pacific Ocean.

While humans had also played a role in the increase, said Clem, it would be difficult to work out how much of the warming could be attributed to increasing greenhouse gas emissions.

The human contribution could account for around 1 degree Celsius of warming across the three decades, said Clem.

Microplastics have reached one of the world's most remote food systems, a new study has found. The findings raise concerns over the future of Antarctica's fragile ecosystem, which is already threatened by climate change. (24.06.2020)