Voters in one of Asia's largest economies are demanding big changes. For this reason South Korea's new president Moon Jae-in needs to break up traditional business structures and may seek a closer relationship with China 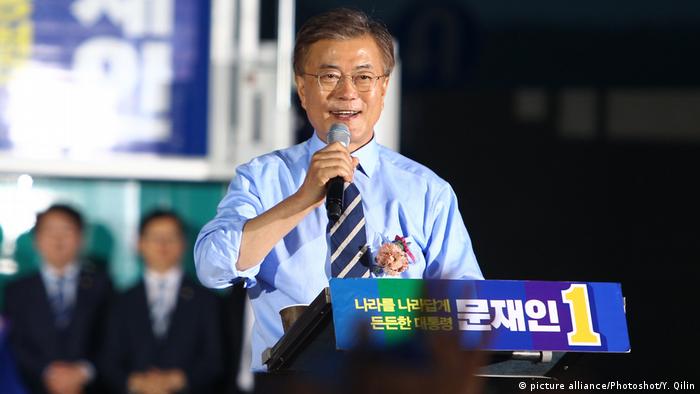 Creating jobs, ending corruption and boosting stubbornly-low birthrates should be high on a to-do list for South Korea's next president. As wealth continues to be concentrated in the hands of a few family-run business giants known as chaebol, public demand for change remains high.

But there is a concern that the economy will take a back seat to North Korean aggression when South Koreans pick their next leader.

Though recent economic data show exports have been increasing for six straight months, the new president will face a decaying job market, rising household debt and a rapidly ageing population. Since the 1960s South Korea has experienced a seemingly improbable economic rise. But Asia's fourth-largest economy is fragile and must be handled carefully. 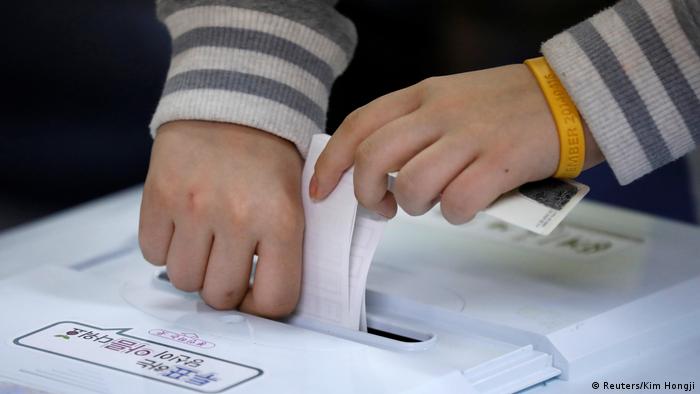 The race has become a showdown between two liberal candidates: Moon Jae-in and Ahn Cheol-soo. Ahn, is a computer software mogul and former doctor. Moon, seen as the frontrunner, is a former human rights lawyer and presidential aide.

Jobs for the next generation?

Youth unemployment surged last year to its highest level since 2000. In March, more than 11 percent of young people between 15 and 29 years old were unemployed, much higher than the country's overall unemployment rate of 4.2 percent. 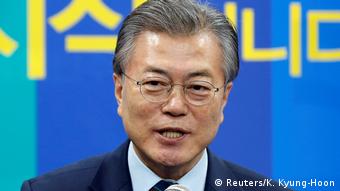 Moon Jae-in is a former student activist who was jailed in the 1970s for his political activities. As presidential candidate he has called for a moderate approach on North Korea and wants to boost fiscal spending to create jobs.

"The origin of every crisis in South Korea is jobs," said presidental candidate Moon Jae-in. "It is because economic growth has continued without creating jobs."

There is also a gulf between full-time, stable jobs and contract jobs. Corporate culture in South Korea is additionally infamous for being unfriendly to raising children with some of the world's longest working hours.

How he will pay for all this is a mystery. In his 389-page election manifesto only four pages are devoted to how his administration will raise money for these jobs and other projects. Currently, government welfare spending is among the lowest in the world.

Chaebol reform is also high on the agenda. In the wake of the scandal in which the former president was accused of receiving bribes from some of these conglomerates, both candidates have promised to take on the chaebol culture by restricting the excessive power of founding families and boosting shareholder-driven corporate governance.

But these changes may not be as tough as expected since they would net some of the country's biggest and best connected brands such as Hyundai, Samsung and LG.

In the end escalating tensions with North Korea may be the deciding factor in this election. South Korea's long-term military alliance with the United States is strained, though America is still seen as Seoul's security guarantor with around 28,500 troops in the country.

But South Korea has a new suitor - China. The communist country is South Korea's biggest trading partner. The growing protectionist policies of the United States may push South Korea ever closer to their much larger neighbor. The United States' rejection of the Trans-Pacific Partnership agreement may have been the last straw.