South Korean police say they have found the corpse of the billionaire businessman sought in connection with a deadly ferry accident. In April, at least 294 people died when the ferry capsized off South Korea's coast. 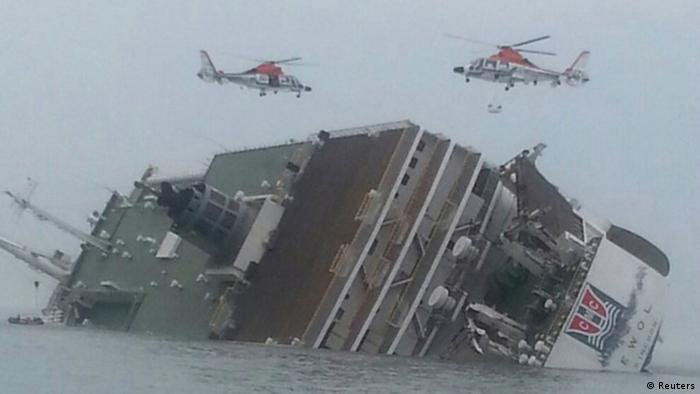 DNA tests have identified a badly decomposed corpse retrieved from a Suncheon field as that of business tycoon Yoo Byung-Eun, South Korean police told a news conference on Tuesday.

Yoo was the target of a massive manhunt in recent months over his alleged connection to the ill-fated Sewol ferry, which capsized in April, killing at least 294 people. It was South Korea's worst maritime disaster in 20 years. The fifteen crew members are currently being tried over the disaster.

Thousands of police and army troops set up checkpoints on roads and at ports in search of Yoo, while properties linked to the billionaire were also raided. Authorities issued a $500,000 (369,651 euros) reward for tips about his location.

Cause of death unknown

On June 12, a local resident found a badly decomposed body in a field outside the city of Suncheon, located 300 kilometers south of the national capital, Seoul. After weeks of tests, forensic experts were finally able to lift a finger print from the body and identify it as Yoo.

"We don't know whether it was a homicide or a suicide," said Woo Hyung-Ho, the police chief of Suncheon.

"We are hoping that more detailed forensic analysis will shed light on this and on the exact time of the death," he said.

Yoo allegedly controlled the Sewol ferry's current operator, Chonghaejin, through a complex web of front companies. After the ferry capsized in April, he was ordered to report to authorities for questioning. Instead, Yoo went on the run.

Investigators suspect that Yoo's alleged corruption may have contributed to the ferry disaster.