South Korean court sentences US soldier for rape | Asia| An in-depth look at news from across the continent | DW | 01.11.2011

A South Korean court has sentenced a US soldier to 10 years in prison for raping a teenage girl several times over. The court branded the act as 'sadistic' and 'perverted.' 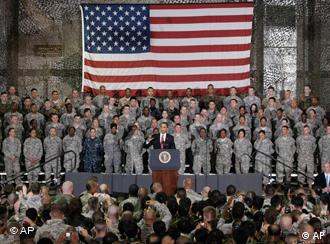 Nearly 30,000 US soldiers are stationed in South Korea

A 21-year-old US soldier has been sentenced to 10 years imprisonment for repeatedly sexually assaulting an 18-year-old girl. The soldier had been based at the US Second Infantry Division base in Dongducheon city, north of the capital Seoul.

In a statement circulated by the Yonhap news agency, the Uijeongbu District Court says, "As the accused satisfied his sexual desire in a sadistic and perverted manner for three hours, the victim suffered fear and humiliation."

The court has also detailed the manner in which the US soldier entered the girl's dorm-style room near Seoul on September 24 and sexually tormented the victim while threatening her with a pair of scissors. He also stole 5,000 won (4.50 dollars) before escaping. 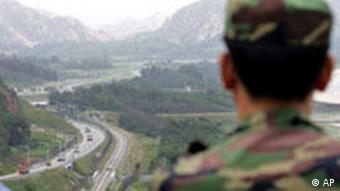 In addition to the soldier's sentence, court spokesman Lee Sang-yup said that he has been ordered to attend 80 hours of counseling and that his personal information will be published on a South Korean government website for 10 years.

Prosecutors had initially demanded 15 years imprisonment for the soldier. According to Lee, the court took his young age into consideration and the fact that this was his first crime.

US Assistant Secretary of State Kurt Campbell apologized for the incident while on a visit to South Korea last month. The US military also imposed a month-long late night curfew on its soldiers countrywide.

There are nearly 28,500 US troops stationed in South Korea. While many citizens see their presence as important for fending off attacks from the north, there have been several cases where tension with the US army has flared up.

In 2002, a US armored vehicle killed two schoolgirls in a traffic accident. The acquittal of the two soldiers involved sparked protests against US military presence across the country.

The latest incident, however, is the longest sentence handed down from a South Korean court to a member of the US army since a soldier had been sentenced to life in jail for murdering a Korean woman in 1993.

At the beginning of his trip to Seoul, the US defense secretary has reaffirmed Washington's commitment to defend South Korea if need be. He also visited US troops and reassured them about their retirement benefits. (26.10.2011)

US and North Korean diplomats are meeting in Geneva to discuss the possible resumption of six-party talks on Pyongyang's nuclear program. China has urged North Korea to deepen talks with the South and the US. (24.10.2011)

The US and North Korea discuss personnel recovery operations

After a six-year hiatus, the Pentagon has agreed to negotiate with North Korea on resuming an effort to recover remains of thousands of US service men and women unaccounted for from the 1950-53 Korean War. (18.10.2011)