South Korea and China have signed a trade deal to phase out tariffs on most goods within two decades. Negotiations on the agreement went on for three years but all obstacles were successfully overcome. 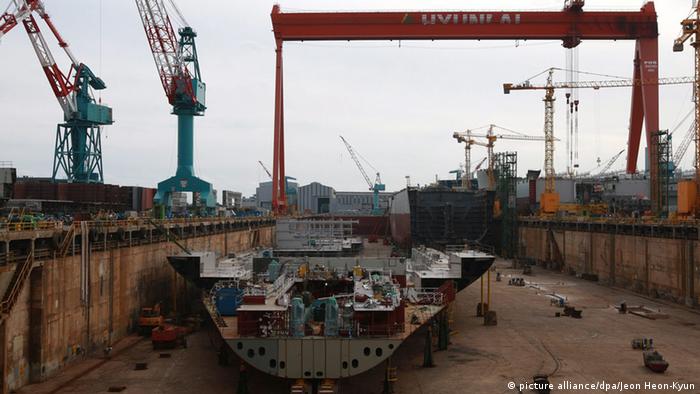 South Korea and its largest trading partner, China, signed a deal on Monday that envisaged the gradual lifting of tariffs on most imported goods within the next 20 years, the Trade Ministry in Seoul confirmed.

The accord covers 22 different sectors, including finance and Internet trade. But it excludes rice and cars as South Korea had voiced concerns about a flooding of its market by Chinese products.

Seoul said it expected its gross domestic product to be boosted by almost 1 percent in the first 10 years after the deal comes into effect.

South Korea is one of the few developed nations running a trade surplus with China thanks to its considerable exports of smartphones, flatscreen TVs, semiconductors and petrochemicals to the world's second largest economy.

The trade deal embraces goods produced in a North Korean factory park run jointly with the South. All in all, more than 300 products made in the Kaesong industrial zone stand to profit from the agreement.

South Korea already has trade deals with the European Union and the United States.