The verdict on Oscar Pistorius by Pretoria High Court Judge Thokozile Masipa has triggered strong reactions in the country. The sprinter was found not guilty of premeditated murder. 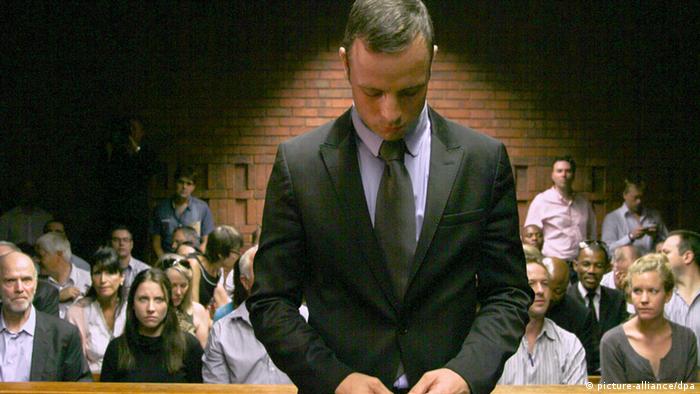 "Oscar must go to jail. What he did was wrong, so if you are wrong you must be punished so that you can learn that wrong is wrong right is right," Kensani Mutele one of the women who picketed in front of court told DW. She was supporting a harsher sentence for Pistorius.

Mutele's reaction followed one of the most publicized trials in democratic South Africa. Oscar Pistorius, the Paralympics sprinter who came to be known as the 'blade runner' was found not guilty of premeditated murder. Judge Thokozile Masipa said although Pistorius had no intention of killing his girlfriend Reeva Steenkamp, he was negligent in shooting without considering other less lethal options.

Elizabeth Thabete could not hide her disappointment with judge Masipa's verdict. "Now what must we do women? What must we do because of men," Thabete posed, "Men kill women so we are tired. The man who killed a woman must rot in jail."

In an interview with DW, David Dadic, a legal expert and owner of Dadic attorneys said he believes judge Masipa may have erred in her judgment. "I don't think there was any direct intention to kill Reeva on the evidence in my mind," Dadic said, "Where I do think she (the judge) erred is that she said there was no intention to kill, irrespective of who the victim is."

Judge Masipa said the prosecution had failed to prove beyond reasonable doubt that the accused was guilty of premeditated murder. 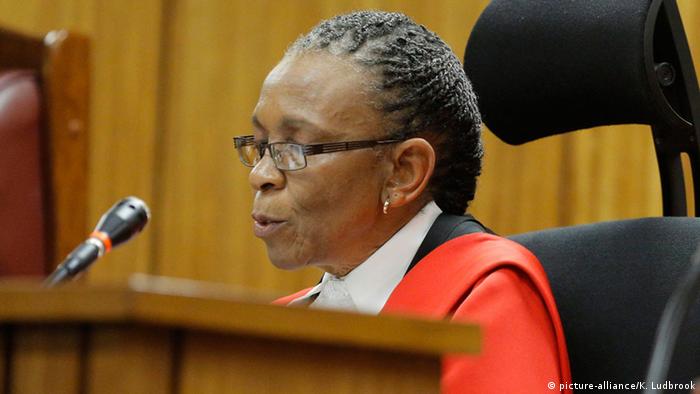 Judge Thokozile Masipa has dismissed the testimony of prosecution witnesses

"This court does not support the state contention that this could be a case of 'dolus eventualis' (legal intent)," the judge said. "On the contrary the evidence shows that from the onset the accused believed that at the time that he fired shots into the toilet door, the deceased was in the bedroom while the intruders were in the toilet."

During the trial, judge Masipa admitted that Pistorius was a poor witness who contradicted himself. Lena Von Brandis, a supporter of Pistorius, said the judge's verdict on the murder charge was good news. "I believe he is innocent and not guilty," von Brandis told DW.

"He has always been my hero and I believe he is innocent. My wish is that he will just calm down, be himself, not stress just God is with him."

Lawyer Dadic said he expected the prosecution to challenge the verdict. "A lot of legal minds, and I think even Gerrie Nel (State Prosecutor) might appeal the judgment."

The judge dismissed most of the evidence by prosecution witnesses saying it was largely speculation as they were not on the scene. 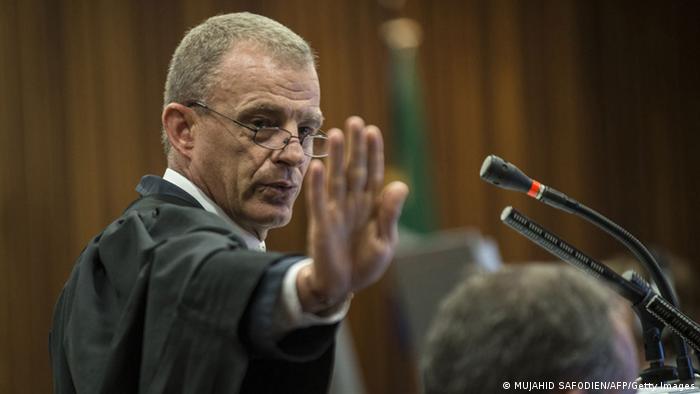 She also said text messages that showed Pistorius and Reeva fought at times were not helpful to the court.

However, Masipa said Pistorius did not act like a reasonable man when he went on to fire four shots through a locked bathroom door, without calling the police, the security guards or at least screaming for help.

Court was adjourned to Friday (12.09.2014), when judge Masipa is expected to finish handing down her judgment. Now that the murder charge is no longer a possibility, Pistorius could either be found guilty of culpable homicide or not guilty.

No decision on culpable homicide after first day

'The Paralympics is bigger than Pistorius'

No matter what the outcome in the case of Oscar Pistorius, his story casts a shadow on the Paralympics movement. DW speaks with Craig Spence from the International Paralympic Committee (IPC) about Pistorius' legacy. (11.09.2014)

A verdict in the murder trial of South African athlete Oscar Pistorius has been set for September 11. In closing statement, the Olympian's lawyer said there is no proof he intended to murder girlfriend Reeva Steenkamp. (08.08.2014)