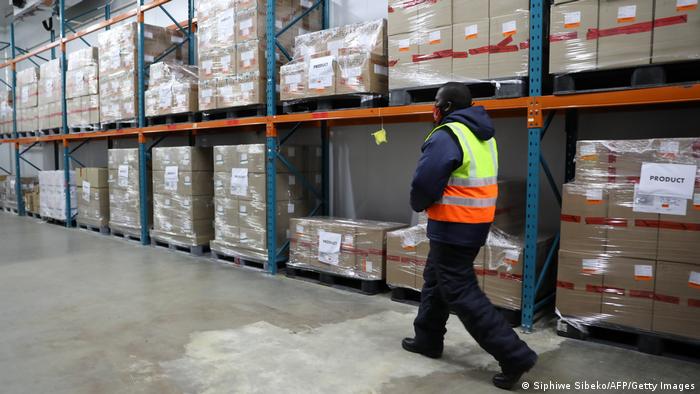 A South African vaccine company will begin producing the BioNTech-Pfizer vaccine, becoming the first facility producing the shot in Africa.

The move comes amid growing criticism over vaccine inequality, which has seen several poor and developing countries fall behind wealthier ones in the efforts to immunize populations.

The Biovac Institute based in Cape Town will manufacture the vaccine for distribution across the continent, in an effort to address Africa's need for more vaccine doses as infections rise.

'South Africa has really scaled up its vaccination program'

Under the agreement, the company will complete the last step in the manufacturing process, known as "fill and finish."  Through the process, Biovac will receive ingredients for the vaccine from Europe and will blend them, put them in vials and package them for distribution.

It will take time for the project to get off the ground, as the first African-finished Pfizer vaccines are not expected before 2022. Biovac aims to produce more than 100 million doses annually, which will be distributed to the 54 countries in Africa.

"This is a critical step forward in strengthening sustainable access to a vaccine in the fight against this tragic, worldwide pandemic," Biovac chief executive officer Morena Makhoana said.

South Africa has already purchased 40 million doses of the Pfizer vaccine, which are arriving in weekly deliveries. Meanwhile, the Johnson & Johnson vaccine is already being produced in South Africa.

Aspen Pharmacare's factory in the former Port Elizabeth, now known as Gqebera, is making the J&J vaccine in the same "fill and finish" process and has the capacity to produce more than 200 million doses each year.

South Africa aims to have around 67% of its population vaccinated by February 2022. Meanwhile, vaccination levels are low across the continent, with less than 2% of the population of 1.3 billion having received a first shot, according to the Africa Centers for Disease Control and Prevention.