French authorities reported that traffic was moving again after trucks without proper equipment blocked snowplows near the Swiss border. 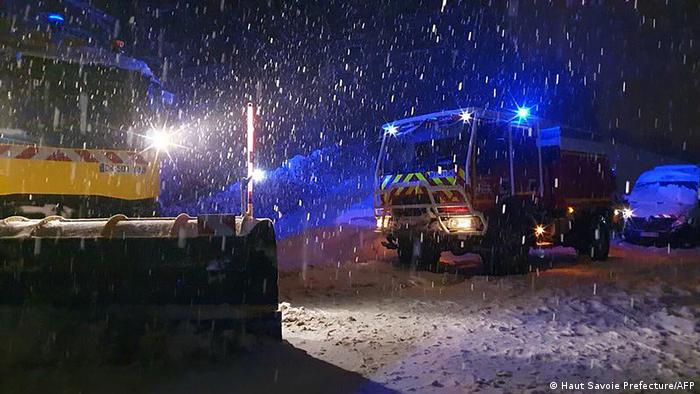 The A40 is a major connection between eastern France, Switzerland and northern Italy

Authorities in eastern France slowly cleared the A40 highway at Bellegarde-sur-Valserine near Switzerland on Wednesday morning, after heavy snowfall and ice left more than 2,000 vehicles stranded for several hours overnight.

The officials in the French department of Ain had warned the public Tuesday to limit travel due to a snow emergency.

However, by Tuesday evening, snowplows were blocked by trucks that accessed the mountainous stretch of the A40 without proper equipment, quickly backing up traffic, broadcaster Franceinfo reported. Emergency services were then deployed to help clear the road. 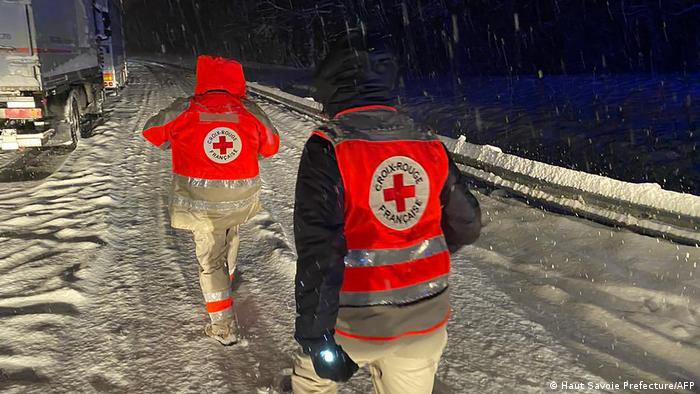 The French weather service on Wednesday morning reported 10 centimeters (4 inches) of snow at Bellegarde, and 30 to 40 centimeters (10-15 inches) in the valleys at Chamonix near the Mont Blanc tunnel. More heavy snow is forecast for Wednesday into Thursday, and authorities are urging caution.

French authorities will seek to determine what caused a search and rescue helicopter with six people on board to crash in the Alps. Only the pilot survived the crash.

China's economic growth slowest in 4 decades amid pandemic 6h ago