′Snake pit′ defense ministry - a tricky job in the German cabinet | Germany| News and in-depth reporting from Berlin and beyond | DW | 25.06.2013

Parliament is discussing the failed "Euro Hawk" again. That may increase pressure on Defense Minister Thomas de Maizière who, if history is anything to go by, has one of the trickiest jobs in German politics. 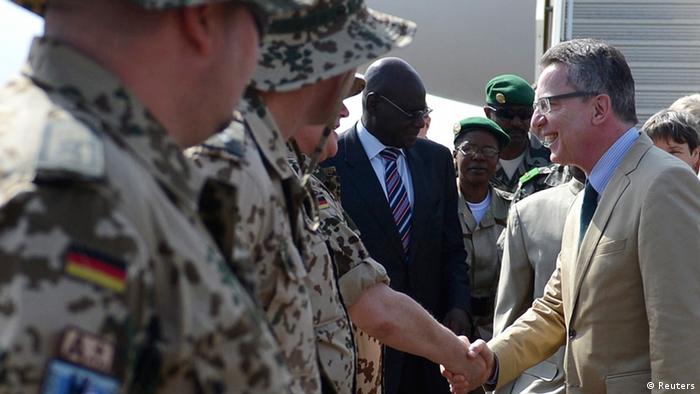 A "snake pit, a "sack of landmines" or an "ejector seat" - those are some of the images Christian Democrat Manfred Wörner used to describe his former place of work. He served as defense minister from 1982 until he resigned in 1988.

Since the ministry was set up in 1955, there have been 16 ministers, seven of whom had to step down because of matters relating to their work. During the same period, only three interior ministers and two finance ministers had to leave for similar reasons.

Of the defense ministers, Georg Leber, for example, had to resign in 1978 because of a surveillance affair involving Germany's military intelligence agency, now known as MAD.

In 1992, Gerhard Stoltenberg's downfall followed contentious arms exports to Turkey, which the Bundestag had rejected. 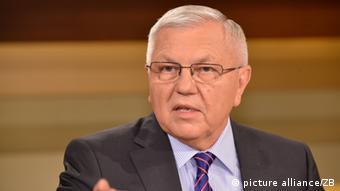 But Kujat doesn't know of anyone who failed because the ministry was "ungovernable," as sometimes alleged.

"It's a ministry that needs to be led, not administered," Kujat explains, while admitting that defense ministers have to deal with complex matters. "You have to ask yourself whether the politicians who have been at our disposal in the last decades have shown strong leadership skills." At the same time, Kujat does not believe that the defense minister necessarily needs to be a military expert.

Omid Nouripur, spokesman for defense affairs in the Green Party, agrees. "Volker Rühe [who was defense minister from 1992-1998] was not involved in defense from the start, and he served longer than anyone else." 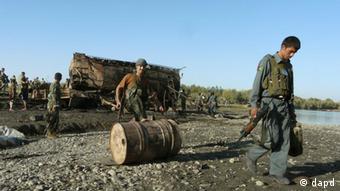 The 2009 attack in Kunduz claimed another defense minister's scalp

The flow of information in the defense ministry has been a problem in the past. Christian Democrat Franz Josef Jung had to step down after a botched air attack in Kunduz, Afghanistan in 2009. Shortly after the incident, Jung denied there had been civilian casualties.

But other sources had long reported civilian deaths and when it became apparent that Jung had delayed publishing the information to the public and to parliament, he resigned.

For those not involved directly in the ministry, it is hard to understand how the flow of information works. Critics say the ministry has "a life of its own," that it is "ungovernable" and that ministers are deliberately left in the dark.

The problems of the current defense minister, Thomas de Maizière, are only fanning the flames of such criticism. He is under fire for the debacle surrounding the "Euro Hawk" drone project, which the parliamentary defense committee will start examining on Wednesday (26.06.2013).

For years, the defense ministry had been planning to buy drones, but the "Euro Hawk" project was scrapped over safety concerns. More than 500 million euros ($655 million) worth of taxpayers' money was wasted on the project.

De Maizière, who had to testify in front of a parliamentary committee, claimed that his deputy ministers had known about the fact that airworthiness permits for "Euro Hawk" had been denied for safety reasons since last February. It took another 15 months, however, for the project to be scrapped. 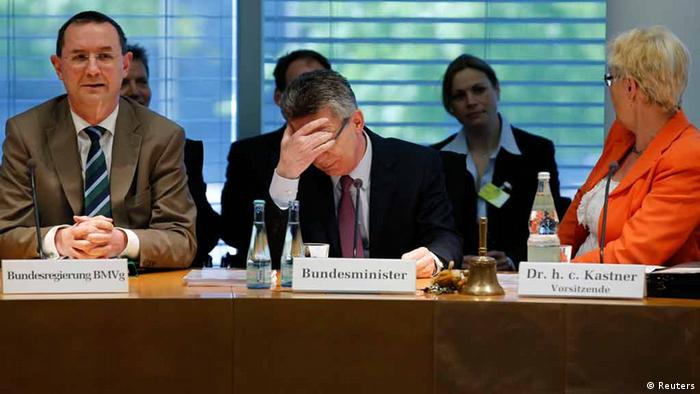 At a parliamentary committee hearing, De Maizière put some of the blame on his deputies

"There have been significant technical problems in the past," Kujat said, adding that the ministry does not have a modern way of communicating. Nouripur admits that structural issues are important, but he also insists that "each minister is responsible for his own structure."

The German armed forces are going through a difficult time. De Maizière has to implement a comprehensive reform program, away from a system of conscription to a voluntary, professional force. In addition, he is faced with cuts imposed by the government.

Kujat says the armed forces are "caught in the middle," and that leads to "hasty decisions" made without a "long-term strategy."

But Kujat thinks being defense minister is not a thankless task. "It's an unbelievably exciting challenge, even it is also stressful and tense," he added, especially since you are always in the public eye. It remains to be seen if de Maiziere can rise to that challenge.

Defense Minister Thomas de Maiziere says there were clear grounds for Germany to cancel orders for the Euro Hawk drones. But as questions mount, some say the minister's arguments don't hold up. (25.05.2013)