′Smoking will die down eventually,′ says psychologist ahead of advertising ban | Science| In-depth reporting on science and technology | DW | 21.04.2016

'Smoking will die down eventually,' says psychologist ahead of advertising ban

Germany will soon see a ban on tobacco ads. Psychologist Christoph Kröger believes that step makes sense because it spells the end of positive association - at some point, smoking will no longer be cool.

DW: The government passed a bill Wednesday that will ban cigarette ads on public posters and in movie theaters showing films allowed for anyone younger than 18. Does this make sense?

Christoph Kröger: I do think the ban on tobacco ads makes sense. Advertising in general associates a product with positive emotions to make the product more attractive and desirable. That's how commercials are successful.

Would fewer people start smoking if there were fewer ads in the streets or in movies? 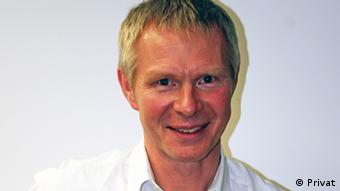 Kröger: Smoking will cease to be cool

The effect probably wouldn't be that direct. You have to see the ad ban in the context of tobacco regulation policies. The international community agrees that they want to limit smoking in our daily lives. They want to phase it out, which isn't easily done, because tobacco is a legal product. But the general population is also supposed to eat less sugar and eat more healthy foods, and smoking is a significantly bigger threat to your health.

That's why governments want to take several measures, all of which together help to bring down the number of people who smoke. And one important piece of the puzzle is banning advertising for cigarettes.

What effects do tobacco ads that associate cigarettes with positive experiences or beautiful people have on the subconscious of smokers? Is it easier for these people to stop smoking if they aren't faced with cigarette ads at every turn?

Yes. The positive association would lose its foundation. If I see certain ads as a smoker, it's a confirmation for me: "Great, I enjoy this product associated with freedom, humor, creativity." If this connection is dropped, there's no more stabilization. A crucial glue that connects cigarette and smoker, which stabilizes the addiction, ceases to exist.

In the long run, it will definitely make a significant difference in our society whether positive things are associated with smoking or whether you don't see that in public anymore. 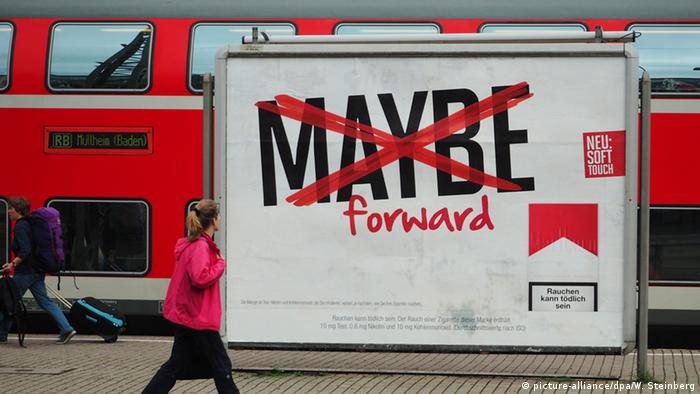 Starting in May, there will also be graphic images of black lungs or rotting teeth on German cigarette packs. Can they stop people from buying their first pack or scare off longtime smokers?

The pictures won't have an effect on those people who regularly buy cigarettes. But nobody assumed that. The hope is for the measure to work preemptively. It's hard to test that definitively because you can't isolate the effect of this one measure. But studies in the lab have shown that the pictures trigger reactions in non-smokers that are far from positive. And that's what we want to achieve in the end.

When you start smoking, it's not a positive experience at first. You have to learn it. If it's not associated with nice things via a pretty package or via advertizing anymore, it's going to die down eventually; no one will start anymore. You can see the beginnings of that when you look at the small number of teenagers [in Germany] who still take up smoking today. That's not a coincidence, but it's due to systematic reduction measures in our society.

Christoph Kröger is a psychological psychotherapist and the head of the Institute for Therapy Research and Health Promotion. His areas of expertise include tobacco detox programs.