What happens when a small country with its own currency has to navigate economically in a world dominated by huge countries with enormous banking systems and deep-pocketed financial speculators? It turns out that such countries are highly vulnerable to large, erratic swings in currency value - and those swings can cause serious economic damage. Iceland provides a good example of the challenges.

"A fundamental problem is that tiny countries have few industries, so that expansions and contractions in one industry - such as tourism - can have a significant effect on the exchange rate, output and unemployment," Gylfi Zoega, an economist at the University of Iceland, told DW.

A volcanic island with a Scandinavian culture that's geographically closer to Greenland than to mainland Europe, Iceland's total population is just 333,000 - about the same as that of a mid-sized town in England. It's considered part of Europe, but isn't a member of the European Union.

The country's economy has three main products to offer the world, which it trades for everything else - from socks and shoes to petrol, computers and cars. 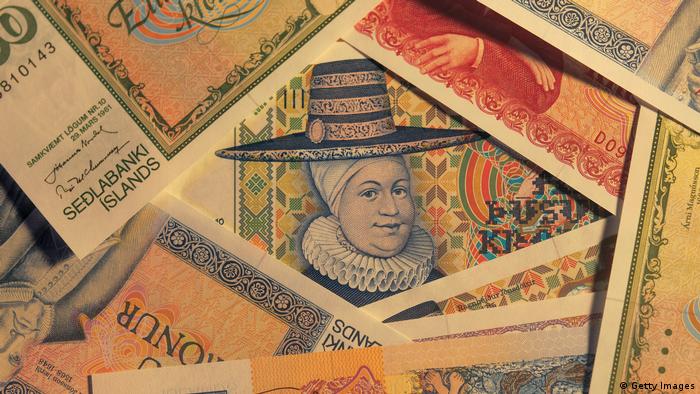 Those three products are fish, tourism, and abundant geothermal electricity. The latter is used to power a few big metal refineries, including three big aluminum smelters. Aluminum oxide is imported from overseas, smelted into pure aluminum in a process that requires a great deal of electricity, and exported.

Swings in global commodity prices - fish, aluminum, iron - can drive the value of its currency up or down, just like the value of the Russian rouble depends heavily on oil and gas prices.

Recently, a tourism boom (that's Gullfoss waterfall at the top of this page) and healthy demand for fish products as well as aluminum has led to Iceland's recording a 7.2 percent rise in its GDP for 2016 - and also to a big rise in the value of the króna (plural krónur): At present, one euro buys about 120 krónur, whereas one year ago, a euro bought more than 140 krónur.

Some of Iceland's leaders are worried that the króna's rise is going too far, creating a risk of a sudden drop in demand for the island's three main products and causing job and revenue losses. 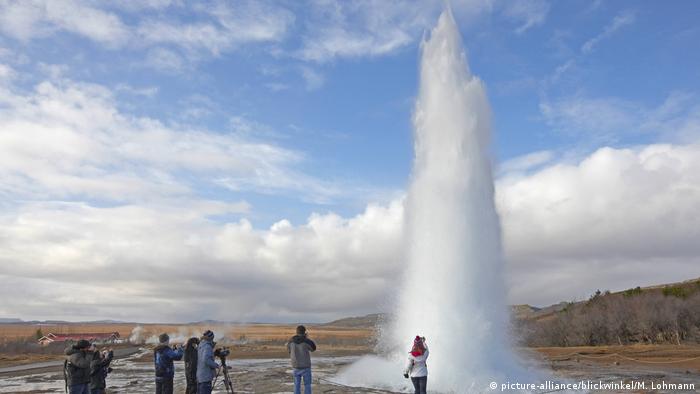 Strokkur Geysir. This sort of scenery attracts an increasing abundance of tourists - tourism was up nearly 60 percent in 2016 compared to the previous year

The króna is presently a ‘free-floating' currency, traded without restrictions on global foreign exchange (forex) markets.

Central banks often try to manage the exchange rate of their currencies by buying and selling them on forex markets, but to do that, they need to own substantial holdings of foreign currencies.

For a small central bank like Iceland's, with limited foreign exchange reserves, trying to control the value of the króna in the face of trends on forex markets driven by much bigger financial players is difficult - especially if deep-pocketed currency speculators decide to take deliberate aim at the króna in order to manipulate its price in order to make quick profits.

"If the big boys come in and take aim at the króna, it's going to get knocked around pretty badly," said Francis Breedon, a finance professor in London who has written research articles on Iceland's situation. 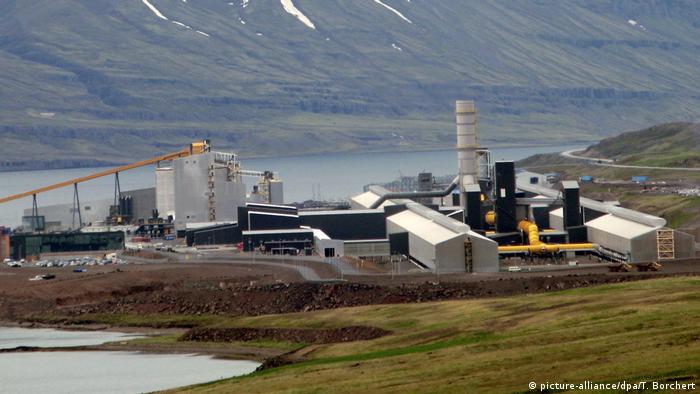 Alcoa's Fjardaàl aluminum smelter was built between 2004 and 2007 by Bechtel. It was the first new smelter built on Iceland in 20 years

What it comes down to, according to Gylfi Zoega, is that if the Icelandic central bank decides against allowing the króna to float freely, and instead attempts to limit its up-and-down swings on forex markets, this could tempt speculators to launch an attack on the króna.

This would involve speculators slowly buying up large stocks of króna over time, then selling them off all in a rush, flooding the markets with excess krónur to drive down the currency's price - and then buying the krónur back again at a cheaper price.
This tactic has been employed successfully by currency speculators against much larger countries. For example, in 1992, George Soros and other speculators attacked the British pound sterling, and successfully "broke" the Bank of England - which early in the 20th century had been the world's most powerful central bank. 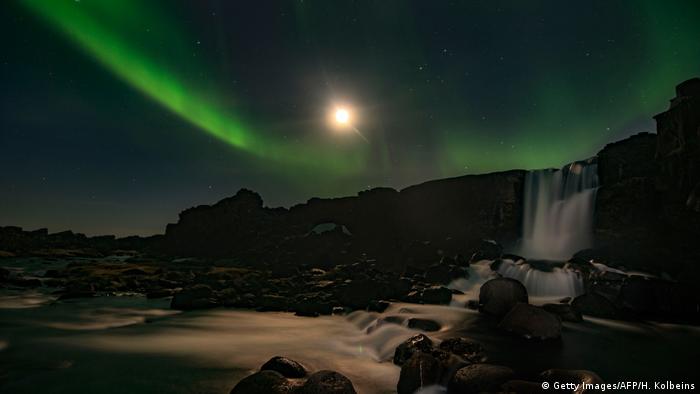 There are only three plausible defenses against such attacks. One is to allow the currency to float freely, and not get in a tussle with "the big boys." This has been the policy recently.

Another is for the central bank to hold enough foreign exchange reserves on its books that it could afford to buy up the entire stock of krónur, without running out of foreign currencies. That may be possible, but it would require Iceland running a substantial current account surplus for quite a long time, exporting more than it imports, to build up the necessary savings.

A third policy option is to put in place 'capital controls' - which are rules that put limits on the speed at which foreign investors can pull money out of the country once it has been invested. That's the strategy Iceland adopted after a dramatic fall in the currency after the crash of October 2008, when it became known that Iceland's commercial banks had for several years engaged in various dubious practices to vastly inflate their balance sheets with dodgy self-dealing loans to cronies - and went bust. 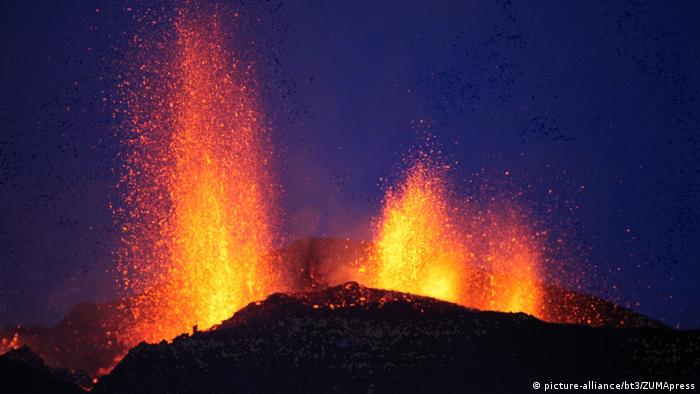 Eyjafjallajökull volcano in 2010. The country is over an area of the Earth's crust where hot magma comes frequently to the service - which is why it has vast geothermal resources to power aluminum smelters

The capital controls were a key measure for stabilising the króna's value and preventing a complete economic collapse.

In early 2008, the króna was trading at about 90 krónur to the euro. In October 2008 the Icelandic central bank initially tried to peg the króna at 131 to the euro, but quickly abandoned the effort. By mid 2009, it dropped as low as 185 krónur to the euro, leading to high inflation in imported goods - which is to say, nearly all consumer goods. The króna then spent four years floating around a median of 160, before going on a steady rise to 140 until mid-2016. Then it suddenly rose to 120 to the euro, and policy-makers started worrying it was going too high.

Now they're in disagreement about how to respond to the recent rise in the króna, and more broadly, how to deal with big swings in the value of Iceland's currency. 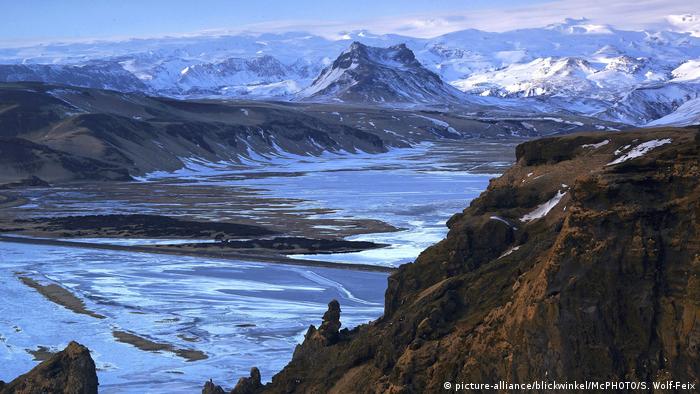 Benedikt, the new finance minister, suggested in an interview with the Financial Times (FT) last week that he thought it would be a good monetary policy move to try to peg the value of the króna to a more powerful currency, perhaps the euro or the British pound sterling, rather than continue to allow it to float freely on foreign exchange markets.

"We'd like to have a policy that would stabilize the currency," he told the FT. "It's really not good when a currency fluctuates by 10 percent in the two months since we took over." 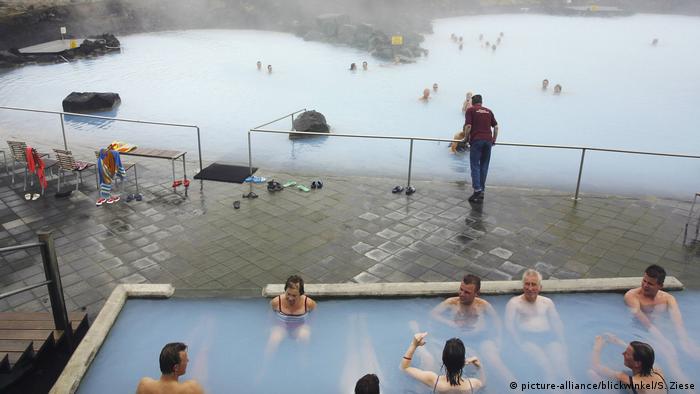 Tourists and locals in the pool at Myvatn hot springs

"Iceland has provided a fascinating case study for economists," wrote El-Erian. He noted that leaving the króna free-floating has meant its value has been highly volatile, often overshooting either upward or downward, with fluctuations larger than are justified by real-economy variability - as is generally the case with small-country currencies.

One reason he gave is that a currency should be pegged to a country's most important trading partner, but Iceland has a diversified set of customers for its export products and tourism, and also a diverse set of suppliers for its imports, each of which uses a different currency - so it isn't clear which currency it should peg to. It would be expensive for the central bank to keep large forex reserves in each of several currencies. 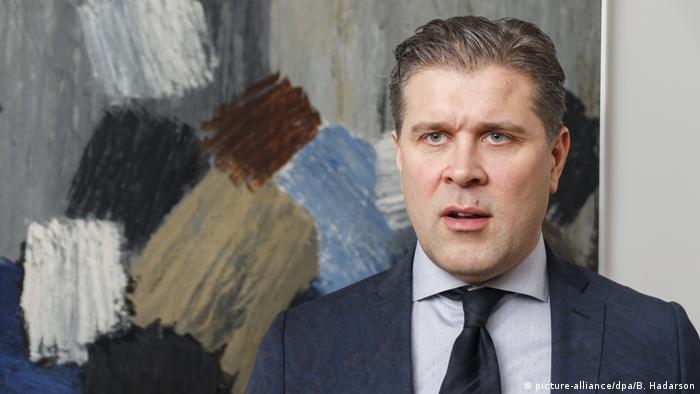 Bjarni Benediktsson, Iceland's Prime Minister, was the country's finance minister in a previous government. So he's well positioned to argue with his cousin about monetary policy

Consistently with Gylfi Zoega and Francis Breedon, El-Erian also concluded that "a fixed exchange rate arrangement… could even render the country more vulnerable to the possibility of speculative attacks."

He advised the country to "advance its ongoing efforts to increase internal financial resilience and deepen its domestic markets" instead - by which he perhaps means that Icelanders should save up money and invest it into their domestic economy rather than outside the country.

A fourth option for Iceland would be to give up its cherished independence, and join the European Union. Under those conditions, according to Gylfi Zoega, it could either adopt the euro, or it could try to negotiate a special deal similar to Denmark's.

Denmark has rejected joining the euro currency area, and still has its own currency. Like Iceland, it too is a small country - albeit a much bigger one than Iceland, with 5.75 million people - so its central bank also has limited foreign currency reserves with which to find off attacks by currency speculators. 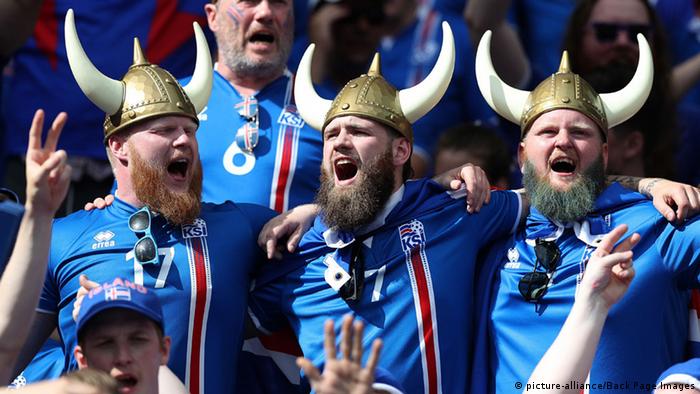 Iceland's football team knocked England out of the UEFA Cup in 2016. The vikings were well pleased

But Denmark's central bank has nevertheless pegged the Danish krone to the euro, keeping fluctuations within fairly narrow bounds by buying and selling krone on forex markets. Speculators haven't attacked. There's a good reason for that, Gylfi Zoega explained.

"Denmark is a member of the EU, and if currency speculators tried to attack the Danish krone, the European Central Bank would step in and support the Danish central bank," Zoega said. "The speculators would lose, and they know it, so they won't attack. If Iceland joined the EU, it too would enjoy the protection of the ECB."