Maribor, Slovenia's second-largest city, hopes to activate locals and attract visitors as it celebrates its cultural heritage in 2012. Two decades after the fall of communism and the independence of Slovenia, the former industrial city of Maribor is striving to create a new cultural identity.

Located at the foot of the Alps in the eastern part of Slovenia, one of the EU's smallest countries, Maribor is close to the Austrian and Croatian borders. Several notable Renaissance buildings, as well one of Europe oldest synagogues can be found in Maribor's Old Town. But today, large residential areas and shopping centers give Slovenia's second largest city another character. 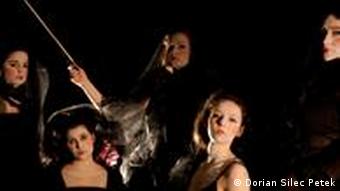 Organizers of the European Capital celebrations hope that the 2012 events will once again wake the "city feeling" of Maribor and return it to a vibrant center for culture.

"We always think of ourselves as a nation of poets, not warriors," said Alan Kavcic from Maribor's National Theater, adding that most Slovenians believe their culture to be one of the most important aspects of their identity. Slovenian culture is hundreds of years old and Maribor was once a part of the Roman and Austrian-Hungarian Empires.

The National Theater, which already provides Maribor residents with music, theater and dance productions, will be integrated into the Culture Capital program. Among the 2012 highlights is the premiere of the music theater production, "Carmina Slovenica."

Slovenia's puppet theater, puppeteers and designers are renowned beyond the country's borders. A former monastery next to the Drava River, fitted with state-of-the-art stage facilities, provides an ideal home for Puppet Theater Maribor, where productions are popular with children and adults alike. During 2012, the theater will present its own "12 x 12" festival. Theater spokesperson, Mojca Plansak, said international co-productions will be presented in the theater each month during 2012. 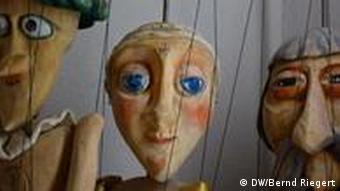 Slovenia's puppeteers have an international reputation

The current financial crisis has dealt a few blows to Maribor's budget, which now stands at 17 million euros, leaving little money to construct new buildings or invite high-profile guests. Nevertheless, the celebrations will feature some 500 events.

"The European Capital of Culture is not just an arts event," said Artistic Director Mitja Cander. Many people in the city are depressed, lethargic or immobile. "We'd like to use creativity as a means of motivating them to move."

Indeed, many local residents are set to work as volunteers during the festival. "Urban Grooves" is one project that could have a long-lasting-effect on the Maribor community. It is aimed at getting the locals involved in projects like renovating courtyards or creating community gardens together. Organizers also hope to include the socially disadvantaged and minorities, among them, the Roma.

Getting aquatinted with history 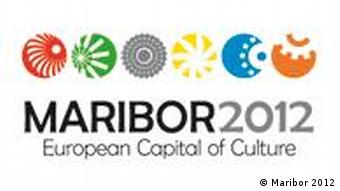 "According to a recent survey, 60 percent of the population of the capital Ljubljana have never been to Maribor," said the event's director, Suzana Zilic Fiser, "but what is really important is that foreigners come to the region."

Maribor's popular culture, in which the local wine and folk music play an inseparable part, won't be neglected in 2012. The big highlight of the European Culture Capital celebrations will take place in June, at the city's renowned Old Harbor. There, a huge summer festival will feature plenty of the local Alpine-influenced jazz and no doubt generous amounts of locally-made port wine.