Slovakia’s EU presidency in the shadow of Brexit and the refugee crisis | Europe| News and current affairs from around the continent | DW | 30.06.2016

Slovakia takes over the EU presidency on July 1. The problem? Eastern Europe doesn’t want any more refugees, but an EU-wide solution to the crisis is not in sight. And a Brexit won't make life any easier either. 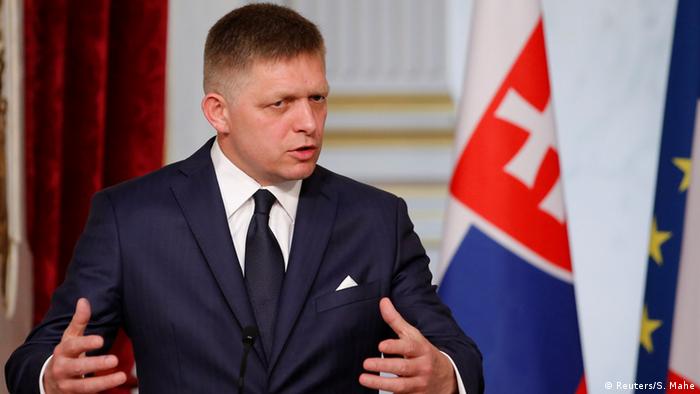 Slovakia's parliament has agreed that the country will not accept refugees and asylum seekers, and Muslims are not welcome among its population of 5.5 million people. Prime Minister Robert Fico (above), a Social Democrat, vowed during his campaign not to tolerate any Muslim communities in Slovakia. "There is no place for Islam here," he said.

Despite this position, which runs contrary to most EU member countries, Fico announced in Bratislava on Thursday that he intends to be an honest, neutral broker for the crisis-ridden EU. For six months, he is to hold the presidency of the EU's Council of Ministers.

German diplomats do not trust Fico to make much progress in reforming EU asylum policy and the fairer distribution of refugees across member states.

Slovakia is currently pursuing a lawsuit in the European Court against a distribution scheme that the majority of member states agreed to last year. Despite this, Slovakia's EU ambassador, Peter Javorcik, is convinced that he can construct a "positive agenda" on migration policy over the next six months. In Brussels, Javorcik said that there will be agreements on common protection of the EU's external borders, as well as a joint coastguard. 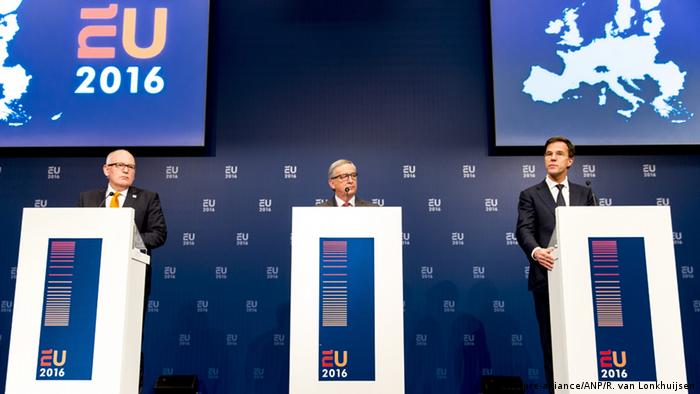 "The current fragmentation of the EU must be turned around," said Fico during a visit to Brussels in June. But he was less confident on the issues of reforming the so-called "Dublin regulations" on refugees and the distribution of asylum seekers.

Javorcik indicated that the EU Commission has put forward suggestions that are unlikely to be negotiated under a Slovak presidency. Slovakia is not alone; its views are shared by the Czech Republic, Poland and Hungary. In 2015, Slovakia accepted exactly eight asylum seekers. And if Prime Minister Fico has his way, that number will not change.

Slovakia is economically stable, even if its unemployment rate is relatively high. The economy is growing, and the budget is under control. The EU regularly transfers allowances to Slovakia, and more than 92 percent of Slovaks supported EU membership in a national referendum held in 2003, shortly before joining the bloc. If the referendum were held today, that percentage would be much smaller.

Ambassador Javorcik says EU skepticism is on the rise in his country. Opinion polls show that approval of the EU is higher than in other member states, but the right-wing extremist People's Party Our Slovakia, which gained parliamentary representation in March with 8 percent of the vote, is working to change that. The party is gathering signatures to hold a referendum on leaving the EU.

But it's not just Slovakia's interior affairs that will overshadow its EU presidency - Brexit will, too. "We have been preparing for this presidency for three or four years. There was no way we could have known that we would have to deal with the migration crisis as well as Britain's departure," the Slovakian ambassador said, describing the workload awaiting his relatively small country. 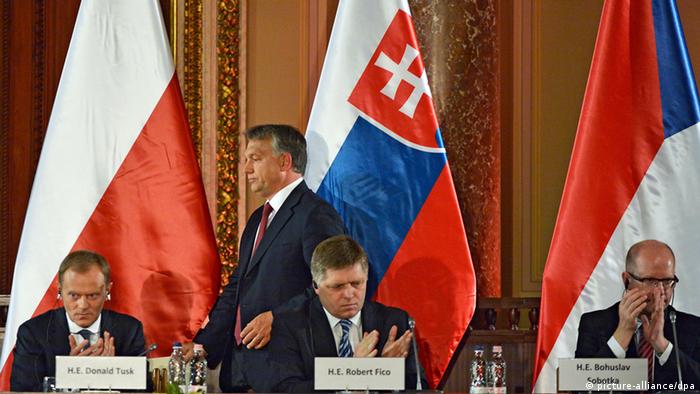 The Visegrad group of Eastern European countries does not want refugees

In September, Slovaks will host a special summit for the 27 EU member states, without Britain, to focus on the future of the bloc. The Visegrad Group of states (Poland, the Czech Republic, Hungary and Slovakia) is already pushing ahead: The EU must implement fundamental reforms, says the government under Robert Fico. "You cannot hold onto an immigration and economic policy that is rejected by a majority of Europeans," he said a few days ago before the parliament in Bratislava. During his election campaign in February, he even predicted the collapse of the EU under Slovakia's presidency, should the migration crisis remain unresolved.

Jon Lang, a political consultant with the Global Risks Insights expert network, does not believe that Slovaks can separate national from European affairs. He says the country will definitely be a much more inexperienced and much less professional council president than the Netherlands, from which it will take the reins.

A proper, post-Brexit reform plan is not expected until March of next year, when the Treaty of Rome, which established the European Economic Community, turns 60. That's also when Malta is scheduled to have the ungrateful task of holding the EU presidency.

Until recently, nationalistic voices in Poland, the Czech Republic, Slovakia and Hungary, were limited to the fringe. But could a possible Brexit lead to similar plebiscites in these countries? (20.06.2016)

Bulgarian Prime Minister Borisov has urged Eastern Europe to show more solidarity in the refugee crisis. What are his motives for the pro-European stance? (26.05.2016)

Initial Eastern European reactions to the Brussels attacks were also characterized by compassion. But no one in the region differentiates between refugees and terrorists. They simply see things in a different light. (24.03.2016)