Six die in stampede after anti-Sharif rally in Pakistan

Several have died or sustained injuries in a stampede following an opposition rally in Pakistan. In August, three died when the same movement clashed with police after trying to storm the prime minister's residence. 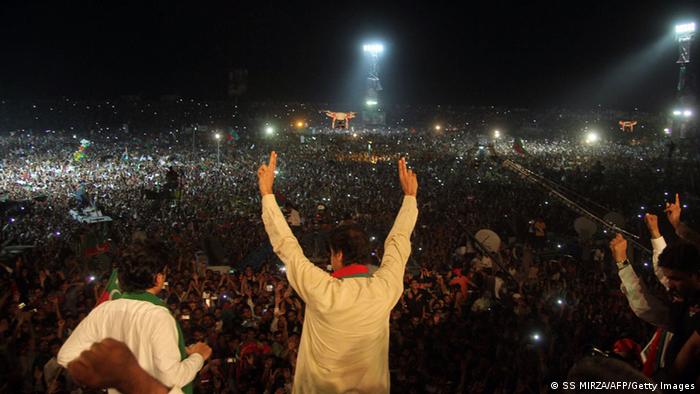 At least six people died and more than 25 were injured in the city of Multan on Friday, after the cricketer-turned-politician Imran Khan addressed a crowd to press his demand for the resignation of Prime Minister Nawaz Sharif.

Khan, along with the populist cleric Tahir-ul-Qadri, has staged a sit-in in the capital Islamabad since August 15. The two men claim that Sharif rigged 2013 elections, but local and foreign observers have called the polls credible.

On September 1, the opposition groups briefly occupied the state broadcaster, but the movement has since lost momentum.