A massive sinkhole has opened up at a fertilizer facility in the US state of Florida, releasing millions of liters of contaminated waste water into a major aquifer. The company says it's detected no risk to the public. 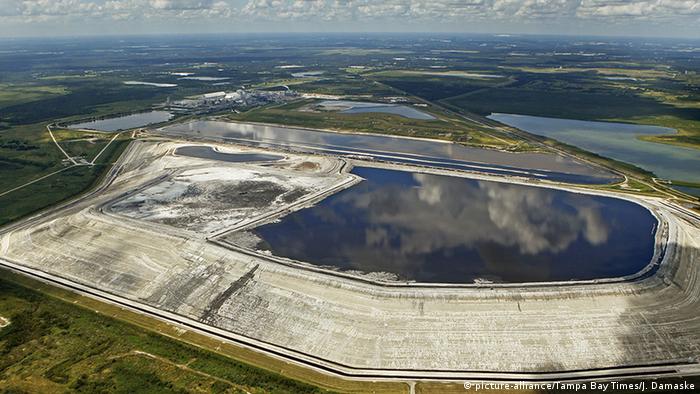 Giant crater opens up and swallows car in eastern Germany

The sea has swallowed a chunk of Australia's east coast, leaving what some call a sinkhole. But geotechnical engineer David Williams says it's more likely a slip - and slip you will if you get too close. (28.09.2015)

A stretch of road along Florence's Arno River has collapsed, burying dozens of parked cars. Authorities say a broken water pipe beneath the historic Italian city caused the ground to cave in. (25.05.2016)

Three decades after the Chernobyl disaster, Germany is preparing to go nuclear-free. Industry plans to dismantle and dispose of radioactive waste. But some green campaigners say it's safer to leave reactor sites as-is. (26.04.2016)

Around 215 million gallons (814 million liters) of "slightly radioactive water" leaked from the site in Mulberry, central Florida, after the sinkhole appeared beneath a retention pond, a spokesman for fertilizer producer Mosaic said.

The Minnesota-based company said it first noticed the pond's water level dropping in late August and immediately reported the finding to state and federal environmental authorities. They later confirmed that a sinkhole spanning almost 14 meters (45 feet) had opened up at the base of a gypsum stack - essentially a hill of hazardous waste - causing the pond above it to drain.

Enough water to fill more than 300 Olympic swimming pools escaped from the site. The seepage eventually reached one of the state's main underground sources of drinking water, which stretches from central Florida to Georgia.

The waste water had been used to transport gypsum, a radioactive byproduct of fertilizer production. 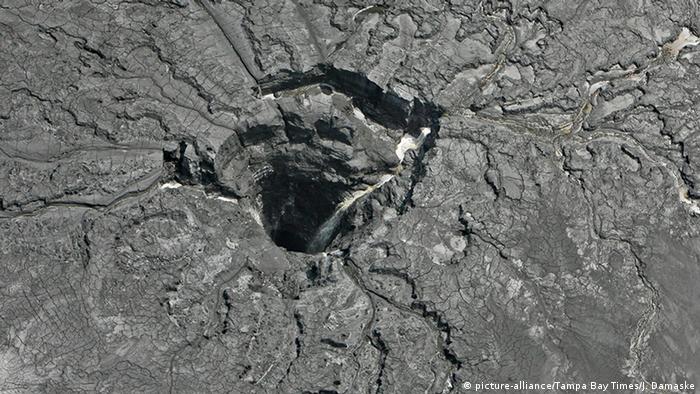 The company announced the leak publicly via a post on its website on Thursday, Mosaic spokesman Ben Pratt said.

Jacki Lopez, Florida director of the Center for Biological Diversity, told the Reuters news agency that the three-week gap between detecting the sinkhole and reporting it to the public was alarming. She said the release of uranium, radium and radon gas were of particular concern, adding that once contaminants reach the aquifer, they can potentially travel hundreds of miles.

"We don't know what the long-term effects will be," Lopez said. "If I were living in this area, and I had well water, I would be worried about my health."

Mosaic, the world's largest supplier of phosphate, said it was monitoring groundwater and had found no offsite impacts so far. It also said it had pumped water out of the affected pond to reduce the leakage, and was working to recover the contaminated discharge.