The book about censorship was banned over "offensive images," which included cartoons published in the French satirical weekly Charlie Hebdo in 2015. 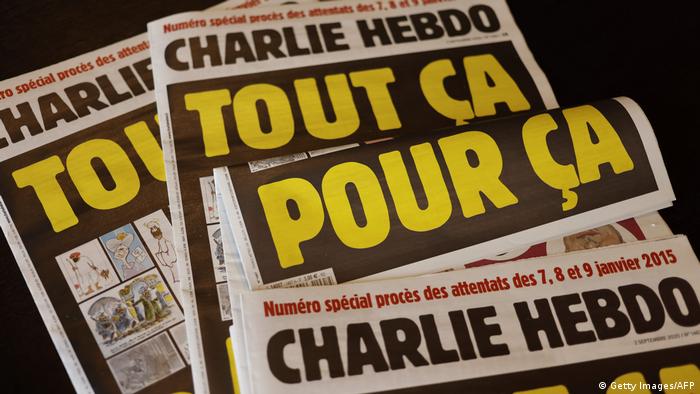 Singapore's government on Monday blocked publication of a book on censorship, called "Red Lines: Political Cartoons and the Struggle Against Censorship,"

Anyone convicted of importing, selling, distributing, making or reproducing an objectionable publication will face a fine of up to 5,000 Singaporean dollars (US$3,700, €3,193), imprisonment of up to a year, or both.

What did Singapore regulators say?

The book, was deemed "objectionable" by the city-state's Infocom Media Development Authority (IMDA), as it "contains offensive images that denigrate religions."

"The offensive Charlie Hebdo cartoons first appeared in 2006 and have been widely labeled as irresponsible, reckless and racist," it said in a statement.

The book also contained denigratory references to Hinduism and Christianity, the IMDA said. The regulator said the references violated the 1967 Undesirable Publications Act.

Singapore is majority ethnic Chinese but around 14% of the population is Muslim. The city-state has strict laws to curb hate speech and actions promoting ill-will between religious or racial groups.

What did the authors say?

Written by Cherian George, a Singaporean ex-journalist and academic in Hong Kong, and cartoonist Sonny Liew, the book is a "lively graphic narrative" based on accounts of censorship and interviews with cartoonists, according to publisher MIT Press.

George said on Monday that he was considering "a redacted version" of the book for Singapore that "communicates the substance of the book, while addressing the regulator's concerns."

The book was originally published in the US, where regulations differ from Singapore.

"We never attempted to release in Singapore a book that does not meet the country’s norms," he told DW. "Our distributor voluntarily approached IMDA to ensure that the book would meet those standards."

George said the authors had waited for a list of images that could be deemed problematic before releasing a version of the book in Singapore.

"We do not know why IMDA never gave us the chance to make redactions, only giving us the list of problematic images the day it announced the ban."

This story was updated on November 4, 2021, to include recent developments.