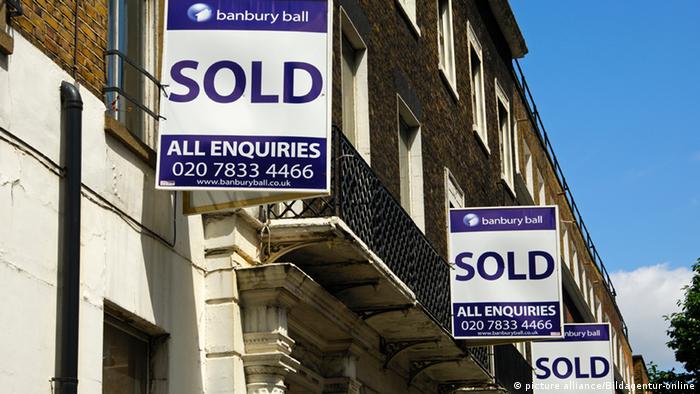 United Overseas Bank said Thursday it temporarily stopped receiving foreign property loan applications for property purchases in London, adding that it was monitoring the market closely to determine when the loans would resume.

"As the aftermath of the UK referendum is still unfolding and given the uncertainties, we need to ensure our customers are cautious with their London property investments," a UOB statement said.

Market analysts expect prices for London properties to plummet as the British pound tumbled more than 10 percent against the US dollar following Britain's vote to leave the EU. The Singaporean dollar also rose significantly against the UK currency, eroding the value of assets held by Singaporeans in Britain.

As a result, potential buyers in Singapore and other Asian countries may be poised to increase spending on commercial and residential real estate in London, boosting the risk for the banks lending them money.

Singapore's biggest bank, DBS Group Holdings, said it would continue to provide financing for property purchases in London but gave customers the advice to be cautious.

"For customers interested in buying properties in London, we would advise them to assess the situation carefully before committing to their purchases as there could be potential foreign exchange and sovereign risks," DBS said in a statement.

DBS warned that even if the value of the overseas property were to rise, any gains would be eroded if the country's currency depreciated against the Singapore dollar. Adding to that were "risks associated with any government policy changes," it added.

London house prices are among the highest in the world, and have been soaring over the past few years as wealthy individuals from around the world are seeking safe havens for their money. However, international consultancy KPMG has forecast property prices could fall five percent nationwide - and even more in the capital - following Friday's Brexit vote. Consultancy group Jones Lang LaSalle even believes prices could fall 10 percent over the next two years.

Property analysts predict a price drop due to tax changes, a fall in the number of ultra-rich buyers and fears about Britain's EU membership. The correction comes amid a housing affordability crunch in London. (17.06.2016)

The British pound sank to 30-year lows while most stock markets in Asia tumbled following Britain's decision to leave the European Union. Traders fear there will be months of uncertainty. (27.06.2016)