In Italy, Berlusconi's conservative coalition has announced plans to slash taxes and drop an overhaul of the pension system. The ex-premier's bloc is leading in the polls ahead of elections in March. 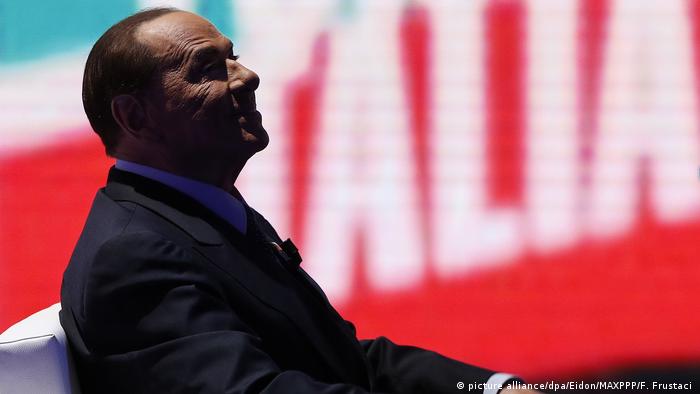 In an interview with Mediaset, the television broadcaster owned by his family, the billionaire announced plans to replace the current system, where the top tax rate is 43 percent, with a flat tax on household and corporate income.

"We plan to start with the lowest current rate of 23 percent with the aim of slowly reducing it, if revenue rises," Berlusconi said.

The 81-year-old three-time premier leads a bloc made up of his Forza Italia party, the anti-immigrant Northern League and the far-right Brothers of Italy.

Polls predict the group will gain the most votes in the March 4 elections, although it's unlikely to win the 40 percent needed to form a parliamentary majority. According to YouTrend, the bloc has the support of 37 percent of voters, followed by M5S with 28 percent and the ruling Democratic Party (PD) coalition with 27 percent.

In a 10-point election manifesto, agreed to overnight, Berlusconi's conservative grouping called for "more politics, less bureaucracy in Europe," lower payments into the EU budget, and gave precedence to the Italian Constitution over legislation approved by the European parliament.

The document also mentioned plans to do away with 2012 pension reforms that pegged retirement age to life expectancy, to introduce a new welfare system and boost the lowest pensions.

The center-right alliance hasn't agreed on a prime ministerial candidate. Rather, whoever gets the most votes will choose the premier. Northern League leader Matteo Salvini has made it clear that he wants the top job, but Berlusconi said on Thursday that he would also be willing to lead again if the European Court of Human Rights overturns a ban on him holding public office.

Berlusconi's political career has been marked by a string of scandals and legal battles. The ban from holding office, imposed in 2013 following a tax fraud conviction, expires in 2019.

@dwnews: The impact of fake news on the Italian referendum

The impact of fake news on the Italian referendum

Fake news in the campaign

In the lead-up to the election, Italian police have set up a service to clamp down on so-called fake news. The idea is for voters to ask designated police experts to verify news online, possibly resulting in content being corrected or even taken down.

Russia has been accused of spreading fake news in Italy to help M5S and the Northern League, but the two opposition parties deny any link with Moscow.

Italy's parliament dissolved ahead of election

Italy's president has dissolved parliament in order to pave the way for elections. Opinion polls suggest a hung parliament and instability in the EU's fourth-largest economy. (28.12.2017)