Sieren's China: A promise is a promise

The EU has to grant China market economy status. Brussels is reluctant to do this for fear that the market will be flooded with cheap Chinese goods. The only solution is a compromise, says DW's Frank Sieren. 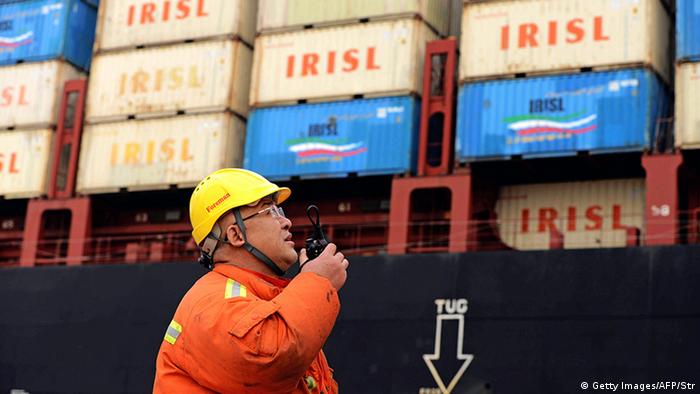 Promises should not be broken, especially those bound by contract and EU law. Or is it possible to say there was a misunderstanding? This is what is happening in Brussels at the moment. Last week, the European Parliament passed a non-binding resolution saying that China did not meet the criteria of a market economy.

China hopes that it will be accorded market economy status at the World Trade Organization (WTO) in December, 15 years after it joined.

This would be a small step towards consolidating China's image as a global player, but a huge one facilitating the export of Chinese goods to Europe. It would become much more difficult for the EU to inflict certain anti-dumping sanctions and continue imposing tough protective tarifs on China. The EU currently has 73 anti-dumping cases in the WTO - 56 are related to Chinese products. This is not a question about annoying China - the survival of whole industries and jobs in Europe is at stake.

Although this was already clear when China joined the WTO and during negotiations between Beijing and Brussels, the EU now has its misgivings. China was given temporary "non market economy" status in Article 15 and this was logical at a time when the markets were controlled by the government and there was no sign of a free market economy. At the time, it was important to protect the free market in Europe.

After 15 years, however, it was understood that China would acquire market economy status, i.e. on December 11th 2016. The idea was that there would no longer be such protective tarifs against low-cost Chinese goods. The EU was certain that China's status would change at the time, considering the country's economic development and the slow opening of the market. This debate was not foreseen. Now, although one might argue whether China's economy is mature enough to be accorded market economy status, the legal framework is there for it to receive it automatically, as the European Commission's lawyers admit.

But EU member states themselves are not unified - not all of them agree with the Parliament's resolution. Some see advantages in dismantling the existing trade barriers, saying that certain industries could benefit from cheaper Chinese goods and the EU economy could be stimulated as a result.

Critics, on the other hand, refer to a study conducted by the Washington-based Economic Policy Institute according to which 1.7 to 3.5 million jobs could be lost in the EU if China were to gain market economy status. Although these figures are based on the extrapolation of existing trade statistics and must be regarded with caution, there is a kernel of truth. The European steel industry has been suffering massively for the past year because of cheap steel from China that is being sold at dumping prices as several hundred million tons too many continue to be produced. Many European steel companies risk bankruptcy. However, the ongoing cooling down of the global economy is also very much responsible for the steel industry's problems and it will not solve the structural problems if this is not factored in, nor would it be fair to China.

One can understand that German Economics Minister Sigmar Gabriel is currently intent on keeping on the side of the steel industry in North Rhine-Westphalia, where elections are coming up and his Social Democratic Party hopes to win again, regardless of Brussels' promises or China's discontent. The German steel industry cannot be sacrificed just to maintain a good relationship with China.

So, the resistance against China gaining market economy status is understandable. Protective tarifs still make sense. However, one has to ask what will be better for the EU in the long run. Higher tarifs or potential strife with China? If it does not get what it wants, China might respond by limiting the access of EU companies to its market or disrupt negotiations over a proposed bilateral investment deal. What is clear is that Beijing will not tolerate a "no" from the EU. If necessary, it will take the dispute to the WTO for settlement.

The EU will want to avoid such drama. Since China is going to eventually achieve market economy status anyway, it makes sense to seek a compromise now. This might be retaining certain protective tarifs at current levels even if the status changes in December or exempting certain industries, such as steel or textiles, as with Australia.

The last word has yet to be spoken. The European Parliament's resolution is non-binding, but it does give an indication of the current climate and could guide the European Commission, which has to decide in the fall whether it will keep its promise.

There will be an attempt at the Sino-German government consultations next month in Beijing to find a compromise regarding steel if China is granted market economy status. So, German Chancellor Angela Merkel has to position herself earlier than the EU.

The new president of the Philippines does not intend to escalate the argument with China over the South China Sea through further provocation. Frank Sieren writes that Duterte is pursuing a cleverer long-term strategy. (12.05.2016)

The world is relieved about the latest economic data from China. Many international figures are praising Beijing, but the current re-established stability still has to pass the test of time, says DW's Frank Sieren. (21.04.2016)