German conglomerate Siemens has won a multi-million-dollar US contract to build high-speed locomotives. Siemens outbid major US rivals in a tender aimed at establishing the first high-speed train services in the US. 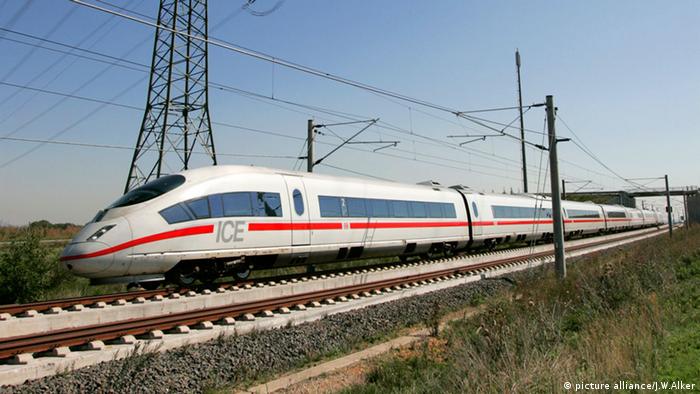 Siemens and US engine maker Cummins had been awarded a $226-million (162-million-euro) contract to build 32 diesel locomotives for the US market, the German industrial conglomerate announced March 19.

The passenger locomotives would be delivered to five US states, including California, Illinois, Michigan, Missouri and Washington, which were developing high-speed rail routes with US rail operator Amtrak, Siemens said.

The locomotives would be delivered between autumn 2016 and summer 2017, with the order including an option to build an additional 225 locomotives.

"For Siemens, this order constitutes the entry into the US market for high-speed diesel-driven locomotives," Siemens Rail Systems Executive Jochen Eickholt said in a statement.

In the public tender, Siemens outbid rival offers from US-based Caterpillar and General Electric Transportation. According to The Wall Street Journal, Siemens submitted the winning bid of $226 million, while Caterpillar bid $260 million, just slightly lower than the $260.9 million offer of General Electric.

Earlier this month, Caterpillar protested the Siemens contract, claiming the company's locomotives didn't meet the required speed of 125 miles per hour (201 kilometers per hour). However, the Illinois Department of Transportation, which handled the bidding process, rejected the protest last week. Nevertheless, Caterpillar has filed a second appeal against the decision.

Siemens Rail System Executive Eickholt said he was confident the protest would again be rejected, saying the order had been officially cleared and Siemens possessed a legally binding contract.

Siemens will assemble the diesel locomotives at its plant in Sacramento, California, while Cummins will build the engines in Seymour, Indiana. Funding for the high-speed train project is partly coming from the 2009 federal stimulus program. The endeavor represents the first attempt in the United States at replicating similar high-speed train services in Europe and Asia.